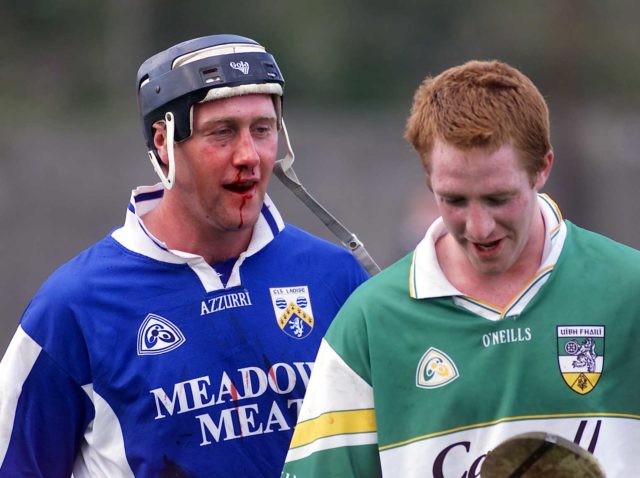 This weekend’s clash with Offaly in round four of the National Hurling League Division 1B could be crucial for both’s league plans.

Both teams have one win each and a second win for either side could secure league safety with a round left to play.

It’s 14 years since Laois and Offaly collided in a crucial game that would decide the fate of the Offaly hurlers.

Despite having only missed out on progression into the winners group of Division 1, Offaly found themselves facing the drop having lost to Kilkenny and Wexford.

The game was held in Birr and a big crowd were in attendance to see what was set to be a passionate and tight affair. And the crowd surely got what they asked for. Offaly had controlled most of the game, holding a six-point lead heading into the last 14 minutes of the game.

But a massive melee erupted just in front of the Laois goals and the play stopped for a considerable amount of time. The row involved around 20 players in total and originally started following a clash between Cyril Cuddy and Damien Murray. In the end Laois’s David Cuddy and Barry Whelehan of Offaly were sent off.

When play finally resumed Laois seemed to find a new lease of life and immediately began to reverse the six point lead which Offaly held. In the space of 12 minutes Laois had outscored Offaly 1-5 to 0-1 with Damien Culleton rattling the net for his second of the game.

The game was decided when Laois’ corner forward Liam Tynan landed a winning point in the sixth minute of added time. The point could not be rescued by Offaly and ultimately it condemned the Faithful County to Division 2 hurling for 2005.

Can this Sunday be as entertaining?