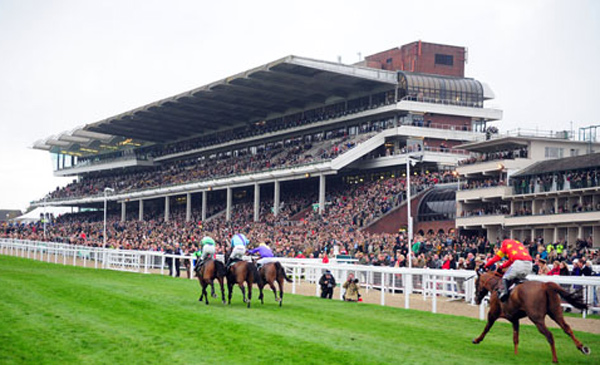 The Cheltenham horse racing festival gets underway today and all anyone can talk about is the ground.

For the first time in decades, it will be heavy and that will have a massive impact on how some of the races will play out.

Last Thursday, we attended the Cheltenham Preview night in Kavanagh’s.

The panel of guests was MC Matt Chapman from At The Races, jockey Sean Flanagan, trainer Davy Condon and racing journalist Niall Cronin.

It was an entertaining evening with a good mix of lively banter and serious horse racing talk.

Based on that night and a number of other racing sources, we bring you the first of our day by day guides.

And for the races they didn’t touch on, we’ll take a stab at trying to guide your ourselves.

Favourite backers are likely to get off to a flyer in the Supreme as GETABIRD will look to get Ruby Walsh, Willie Mullins and Ireland off to a winning start. He did run out the last time he ran left handed but Donn McClean says the soft ground will suit him. Kalashnikov and Summerville Boy are worth an each way shout.

If you’re looking to get a quick double on the board, combining Getabird with FOOTPAD in this race seems to be the logical thing to do – and that was the feeling of the panel. He will go on the ground and with just four other competitors to beat, he should have enough. Petite Mouchoir was touted as the most likely to chase him home.

The panel didn’t discuss this race on the night so here at LaoisToday, we’ve tried our best to pick through the entries and have come up with what we think could go well. Incredibly, there is no Irish representation in this race. It is a minefield but with Paddy Power paying the first five places, it is worth a punt on something. In terms of the ground, YALA ENKI has the best form and you can get him at around 16/1. Perhaps Cogry, if rejuvenated, might be worth a look as well at a bigger price.

At the start of the year, many punters would have been hoping to win complete a treble by this race by adding Faugheen in with winners of the first two races. Willie Mullins has put cheek-pieces on his charge but after a number of poor outings, racing expert Johnny Ward reckons that ‘is just throwing dirt at the wall and hoping it will stick’. BUVEUR D’AIR is the one to beat according to the panel and he is odds on to do it. Yorkhill has won at the previous two festivals while Melon at longer odds could be worth noting.

APPLES JADE will start this at odds on and she was the overwhelming favourite from the panel too. Niall Cronin reckons that with the ground gone the way it is, Benie Des Dieux might not be too far away.

The panel didn’t discuss this race on the night so you’re stuck with us again. This is wide open and the fact none of the horses in it have ran over the distance of 3m 7f before doesn’t make it any easier to pick a winner. Mossbank and Jury Duty are likely to be up there but maybe PYLONTHEPRESSURE is worth an each way shout at big odds.

Johnny Ward reckons De Plotting Shed has a chance while Donn McClean has gone for Barney Dwan. Another wide open encounter where if you manage to pick the winner you will head for Day 2 with a big smile on your face. Maybe LIVELOVELAUGH at bigger odds could be an each way punt.

SEE ALSO – In Pictures: Check out more great photos from a memorable weekend in London