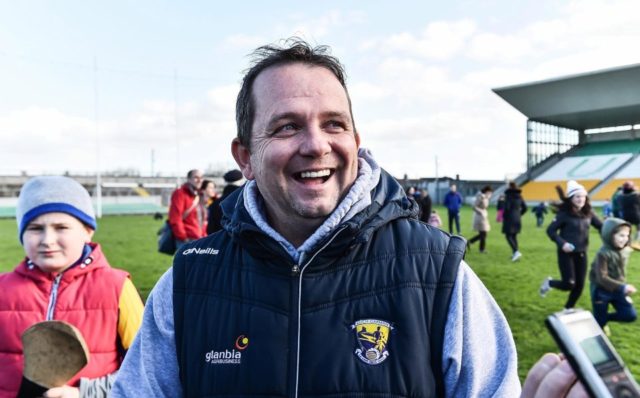 Davy Fitzgerald spoke about the potential of Laois hurling before his event, “An Evening with Davy Fitz” at the Midlands Park Hotel, Portlaoise, on Monday March 26.

The Wexford manager and outspoken critic said, “I think Laois has potential and I’ve seen it. I’ve had one or two of the Laois lads down in LIT with me, they’re well able to play. I’d love to see them making the break through.”

For the first time ever, the Laois hurlers will not play in a Leinster championship.

Instead, they will play alongside Kerry, Carlow, Westmeath, Meath and Antrim in a Tier 2 championship. Two finalists will then be entered into the Liam McCarthy series in a playoff game against the third-placed team from Leinster or Munster.

The Clare native has spoken openly about being in favour of this format before.

“That’s why I think to balance what they’ve reached this year – they’re still in the Liam McCarthy and they’re getting to play teams who are going to test them.

“If they get out of that they still get to compete against the other teams,” he added.

He also believes they are capable of competiting at the top level.

“Laois haven’t been as competitive as they would’ve liked to have been over the last number of years.

“I think they need to make progress and build on it and they are capable of building on it,” he said.