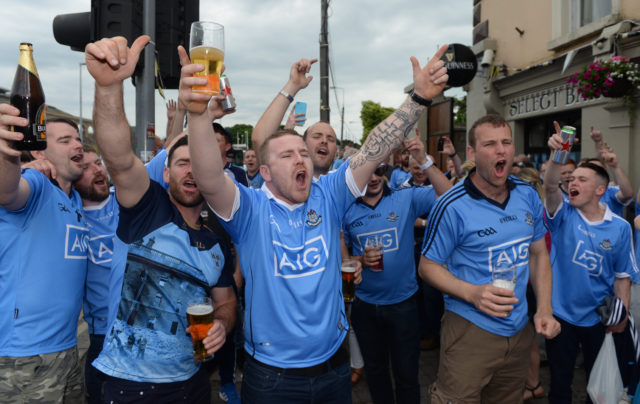 For the second year running, the Dublin senior footballers could be on their way back to O’Moore Park.

According to the Irish Independent, the Leinster Council have yet to officially announce a venue but they understand that Dublin will be headed for Portlaoise or Tullamore.

Dublin play the winners of Wicklow or Offaly, who meet in the first round in Portlaoise on May 13.

If the Dubs’ opponents are Offaly, the game will be played in Bord na Móna O’Connor Park, with O’Moore Park the venue for a Dublin-Wicklow tie which will take place the last weekend of May.

A crowd of 13,328 attended last year’s Dublin-Carlow Leinster quarter-final in Portlaoise while 16,764 turned out in Nowlan Park for the Dublin-Laois tie in 2016.

That game in 2016 was Dublin’s first championship match outside Croke Park since 2006.

Dublin haven’t played Offaly in the championship since 2007 while their last meeting with Wicklow was in 1990.

Offaly will go into the game against Wicklow as favourites though, so we may not see the Dubs take over Portlaoise once again.

But when they came last year, they produced incredible scenes which LaoisToday was there to capture.

While our funnyman Mark Doheny also came up with a handy guide for Dublin fans who made the trek from the capital.

As for Laois, they will travel to Wexford on May 13 for their opening round Leinster match with a game against Westmeath awaiting the victors.