The curtain came down on the secondary school’s basketball season at the weekend and two Laois schools claimed All-Ireland titles.

Scoil Chriost Ri and Portlaoise CBS 1st years tavelled down to Limerick at the weekend where they both won the All-Ireland Plate.

The Scoil Chriost Rí girls added the All Ireland Plate title to their Regional Championship to complete a great season.

They defeated Presentation Kilkenny in the quarter final and Salerno of Galway in the semi final.

This set up a clash with Cork champions Regina Mundi where once again they prevailed by 8 points in a toughly contested final. 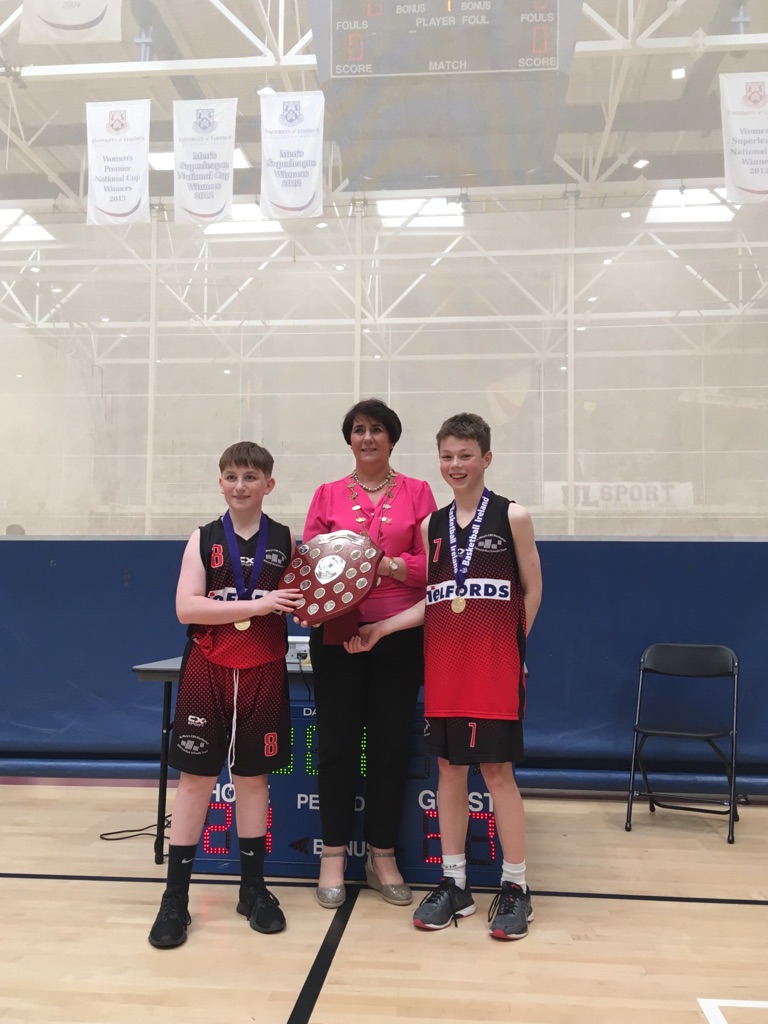 The first years from Portlaoise CBS were also victorious in UL.

They were up against Catleisland of Limerick in the semi final but a 45-36 victory saw them advance to the decider.

Monaghan school Castleblaney were their opponents in the final and once again the CBS proved too strong.

They won 37 to 21 and were crowned champions.