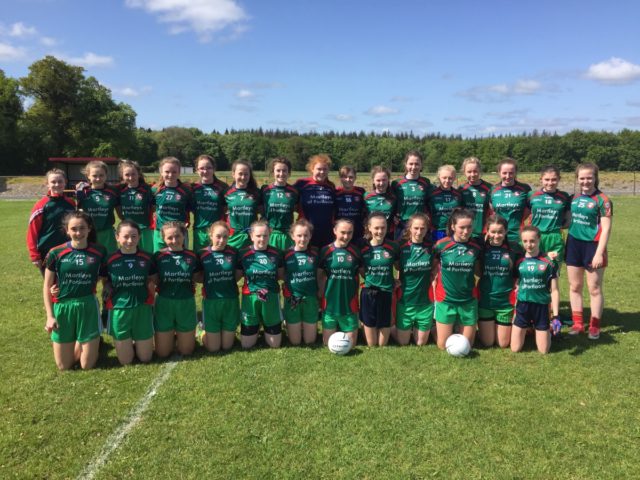 There was defeat for the Scoil Chriost Ri U-14s in the Leinster final in Durrow Co Offaly this morning.

Scoil Chriost Ri played against a strong wind in the first half and Moate were out of the blocks quickly scoring two goals in the first five minutes of the game.

They had soon doubled that lead after the 15 minute mark as they scored another impressive 2-2.

Portlaoise rallied and scored a brilliant goal trough Niamh Conroy who flicked the ball with her fist over the onrushing keeper’s head.

Scoil Chriost Ri then tagged on another point through an Anna Lalor free but Moate would finish stronger and score another three points to leave it 4-5 to 1-1 at the break.

Portlaoise regrouped at half time and put in a much improved second half display aided by the wind.

It was always going to be difficult with a defensive Moate team who were content to concede no goals and counter effectively.

Scoil Chriost Ri scored a well converted penalty through Niamh Conroy for her second and some good points from Heather Bennett, Orla Hennessy and Anna Lalor.

Moate weren’t to be denied however and scored a further 2-2 in the second have for a victory on a final score of 6-7 to 2-4.