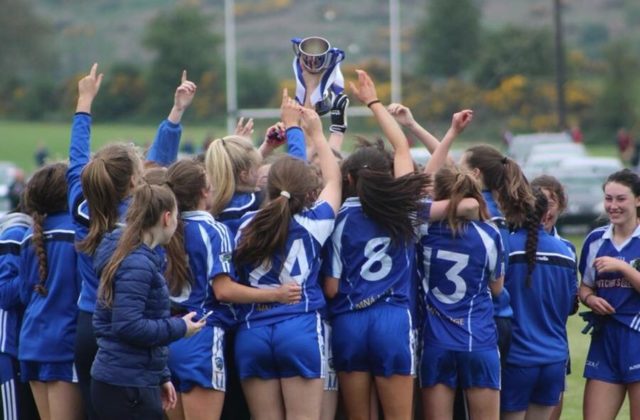 The good season for Laois ladies football underage teams continued in Ballymore-Eustace in Kildare today as the U-16 side got the better of Meath with an impressive display to claim the ‘B’ title.

Having won minor and U-14 titles in recent weeks, Laois got off to a great start with early points from Lisa Keane, Sarah Larkin and Della Doherty but Meath hit 1-1 in quick succession to go into the lead.

A second point from Lisa Keane and drew the sides level again and then a goal from Grace Salmon put Laois back into the lead. A point from Orla Hennessy meant Laois led 1-5 to 2-1 at the break.

Meath got in for another goal early in the second half to narrow the gap and although Laois hit two points in response the sides were level when Meath struck for their third goal.

But Laois turned on the style with Sarah Larkin, Della Doherty, Emily Lacey and Ciara Byrne all on target with points and a goal from Doherty helped Laois go eight clear at one stage.

Meath hit a late 1-1 to give them a small bit of hope but a brilliant goal from Jenny Murphy made sure of the Laois win.

After the game captain Julia Cahill was presented with the trophy amid scenes of more Laois celebration.

SEE ALSO – Our pick of the top stories of the week