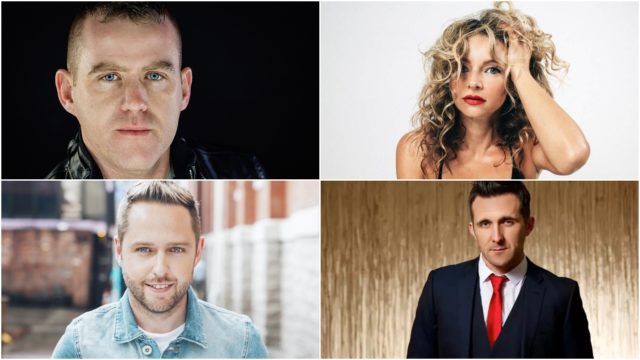 There will be plenty of craic stirring around Ballyroan again this June Bank Holiday Weekend as the Ballyroan Country Festival is set for its third year.

The festival takes place in the Ballyroan GAA grounds, where a massive marquee provides a wonderful platform for country music stars such as Derek Ryan and Kelly McGrath to entertain the large number of jiving enthusiasts.

Their are four huge acts announced this year, along with the aforementioned Derek Ryan and Kelly McGrath, Johnny Brady and Marty Mone will also be performing.

The festival kicks off on the Saturday, with the first act taking to stage shortly after 7.30pm, and the music and crack carries on well past midnight. Two acts will play each night – but the running order has not been confirmed yet.

In the previous two years, over 2000 people have attended each festival, flocking to the rural Laois venue to dance along to other superstars such as Nathan Carter and Declan Nerney.

One of this year’s stars, Kelly McGrath, is on the line up for singer/songwriter legend Eric Clapton, when he performs at Hyde Park in July.

Marty Mone will be well known for his song ‘Hit the Diff’, while Derek Ryan, who played at the festival last year, and Johnny Brady are recognised as two of the best in the business.

A weekend general admission (standing only) ticket is €35 while a weekend VIP ticket (reserved seating is €50).

Tickets can be purchased online by following this link.

Here’s some of the highlights from last year’s festival: