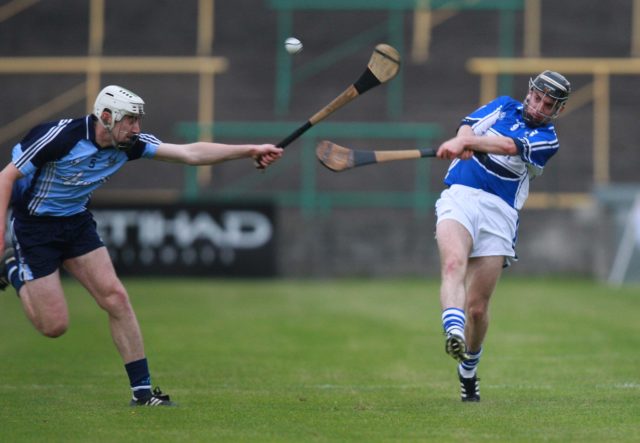 The Laois U-21 hurlers headed into this game against a Dublin when hurling in the O’Moore county was on the floor, having taken a big beaten from Offaly  the senior championship just days earlier.

But for the third year in a row, Ricky Cashin guided his charges to push a fancied team all the way.

It wasn’t to be third time lucky for the Ballacolla man his side, as a team full of future Laois hurling stars had their hopes dashed in the dying minutes, an almost exact repeat of the previous year’s game against Kilkenny.

Laois would have walked away from the game ruing their missed chances. They had eight wides, two shots hitting the uprights, a goal bound effort which was spectacularly saved by the Dublin keeper and they also dropped a number of shots into the keepers hand.

Zane Keenan showed his class with nine points, an excellent display of his dead ball talents. He, along with Willie Hyland and John Gaughan, had the Dublin backs under serious pressure.

Dublin held a two-point lead at the break, but their was positive feeling among the supporters, a big contrast to the feeling prior to throw-in.

Those expectations were damaged somewhat when Dublin slotted over four points in the opening ten minutes of the first half.

But credit to Laois, they blew the game wide open again, as Zane Keenan won a ball and launched it towards the Dublin square, where John Gaughan pounced to rattle the back of the Dublin net.

Laois pulled level on the 58th minute, and momentum seemed to be in their court, but Dublin showed why they were big favourites for this game as they popped over three points to break the hearts of the Laois players and fans.

Alf Harvey was there on the day and he captured some the best action below: