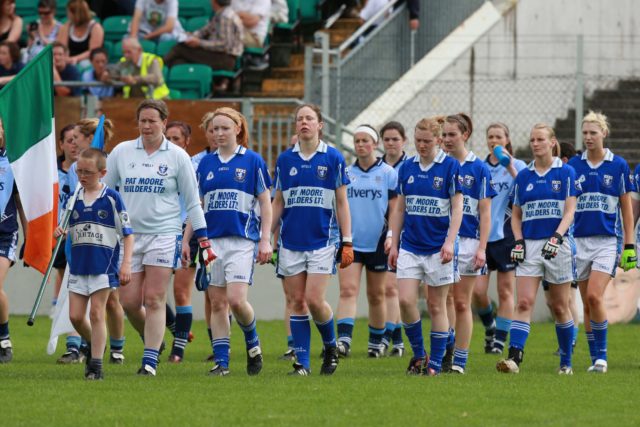 To win a Leinster titles  for any Laois team would be incredible. We are a county that has starved continuous success, but when a golden era for the Laois ladies came around it gave a great sense of pride around the county.

In 2008, the Laois Ladies stood one game away from completing three consecutive Leinster crowns, with an up and coming Dublin team standing in their way.

It didn’t have the ending that Laois would have hoped for, as the team would have come away think of what could have been. They weren’t out classed by the Dublin side, but it was a case that they just never got going in their top gear.

A much needed goal seemed to elude them throughout, with the likes of Tracey Lawlor and Eimear Fitzpatrick coming close on a number of occasions.

The two sides were level for most of the opening exchanges but Laois were set on the back foot when Dublin snatched an early goal. Laois responded really well with some magnificent points through Martha and Mary Kirwan, as well as Tracey Lawlor and Gemma O’Connor and it left just two points in the difference at half time.

The fast pace of the opening half continued in the second, and Laois started positively adding some good points. But Dublin kicked four points on the trot and sadly for Laois, that was the killing of them in the game.

Laois tried to claw it back but Dublin displayed their qualities by keeping Laois at an arms length and three points was the margin come final whistle, as Dublin would begin what Laois had experienced for over twenty years previous, in dominating Leinster since.