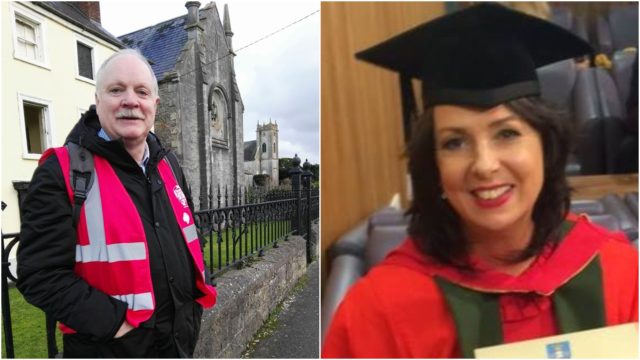 The battle within Fianna Fail to take the Laois County Council seat left vacant since the sad passing of Jerry Lodge is to be decided by party headquarters.

With eight candidates now in the mix, the decision was taken at a meeting of the local cumann in Portlaoise on Thursday night, one that was attended by Fintan Phelan from the party’s head office, who is also a councillor in Carlow.

The two new candidates to emerge are Pauline Madigan, who lectures in Media and Public Relations in IT Carlow, and Noel O’Rourke who was a leading No campaigner in Laois in the recent Abortion Referendum.

The interested candidates are now expected to be interviewed for the vacancy – but it’s not thought that a successor to the late Mr Lodge will be in place for the June meeting of Laois County Council.

Instead a decision should be made in time for the July meeting. As it stands the issue has been passed to the party’s National Constituency Committee who will advise as to what exact process they will follow from here.

There has been a huge level of interest in the position – with Dom Dunne, John O’Neill and David Ryan first putting their hats in the ring.

Brian Brennan, Donal Kelly and Dan Carmody were the next to emerge before Pauline Madigan and Noel O’Rourke then declared.

The preferred candidate will have less than a year in the seat as there will be Local Elections in May of next year.

As it stands Fianna Fail hold three of the seven seats in the Portlaoise area. Catherine Fitzgerald and John Joe Fennelly are the long-term sitting councillors while Jerry Lodge had been an elected representative of the party for over 50 years prior to his death.

The other councillors in the Portlaoise area are Noel Tuohy (Labour), Caroline Dwane-Stanley (Sinn Fein) and Willie Aird and Mary Sweeney (both Fine Gael).

Changes to the electoral areas are expected to be announced in the coming weeks – and it has been mooted that the Portlaoise area could be changed, with the likes of Ballinakill, Abbeyleix and Ballyroan being separated from the current arrangement.

SEE ALSO – In Pictures: The sun shines down on Holy Family NS for their official opening