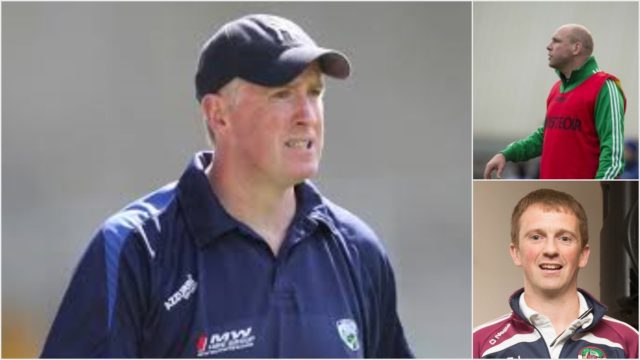 Laois GAA has confirmed the three men that they have tasked with finding the next hurling manager.

In a statement released last week, Eamonn Kelly announced that he would be standing down from the role after two years.

Under his stewardship, Laois twice staved off relegation from Division 1B of the National Hurling League.

However, a disappointing Joe McDonagh Cup campaign, where Laois fell to Carlow, Westmeath and Kerry, ultimately led to Kelly’s decision.

Laois County Board have wasted no time in moving swiftly to find his successor.

Following a meeting of the CCCC tonight, three men have been chosen to oversee the appointment of a new manager – Eamon Jackman, Niall Rigney and Declan Conroy.

Niall was a selector prior that and Portlaoise manager. He has since managed James Stephens to senior championship success in Kilkenny and was involved in a coaching capacity with Doon in Limerick last year.

Ballinakill’s Eamon Jackman is still hurling away for his club and took an active part in the Strategic Review which Laois GAA undertook last year.

He played at senior level for Laois for a number of years and also served as a selector with the Laois minors in the past.

While Rosenallis’ Declan Conroy is another man who has poured his life and soul into Laois hurling.

A long servant at county and club level, Conroy recently managed his native Rosenallis to Laois intermediate hurling title in 2016.

All three will now be tasked with interviewing potential candidates and then will be asked to bring a name forward to the Laois County Board for consideration.