Emo U-14 Boys and Girls travelled to The Connacht GAA Centre of Excellence near Ballyhaunis in Mayo to compete in the All-Ireland Féile na nGael Rounders finals at the weekend.

And both sides returned to Laois with All-Ireland medals in their back pockets.

Emo Boys started off with a loss in the group stages against near neighbours The Heath. This was the wake-up call the boys needed as they met Na Fianna next from Dublin, whom they then defeated.

Next up was The All-Ireland Semi Final and a meeting with Breaffy from Mayo. The boys appeared to be getting stronger and more cohesive as the game progressed and Breaffy were to prove to be no match for the Emo lads who ran out as comfortable winners.

Emo were well up for the final, and who else should they be playing in an All-Ireland final other than their great rivals, The Heath.

The Heath boys hadn’t been beaten all day but unfortunately for them, their one loss on the day was to be in the final.

Emo were ruthless from the beginning and with Dave Costello and Brochan O’Reilly moving outfield to be replaced by Jamie O’Connor bowling and Callum Keegan at backstop, Emo were rock solid in all positions.

Emo boys won the final with relative ease, to ease the pain of having lost the Final in the same competition to The Heath last year.

This win was all the more remarkable as Emo Boys won the U-13 All-Ireland Final last year, with only four players from last year’s team playing U-14 on Saturday. Also, only one of the boys, Eddie McEvoy, is overage for U-14 next year. 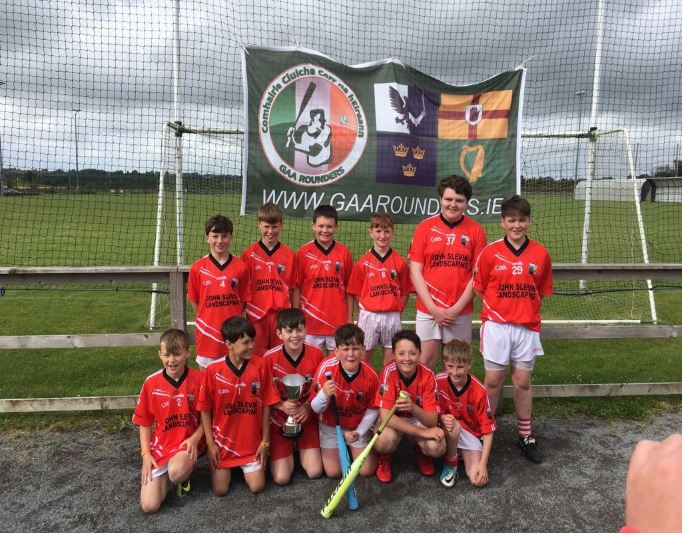 At the same time as Emo Boys were playing their matches, so too were Emo U-14 Girls. These girls, many of whom already have 3 or 4 All-Ireland medals were determined not to be beaten on the day.

In their group games they easily accounted for Cuchulainn from Carlow and Breaffy from Mayo.

Many of the Emo Girls had already tasted All-Ireland success against this Athenry team, having beaten them in the U-13 Community games All-Ireland final in 2017.

This was to be the girls’ toughest match of the day, but nonetheless, the Emo Girls weren’t going to be stopped on their way to All-Ireland glory.

This is an exceptional group of girls, most of whom have been playing together for the last three or four years. They are ladies off the pitch but demons on the pitch and don’t give an inch to the opposition. 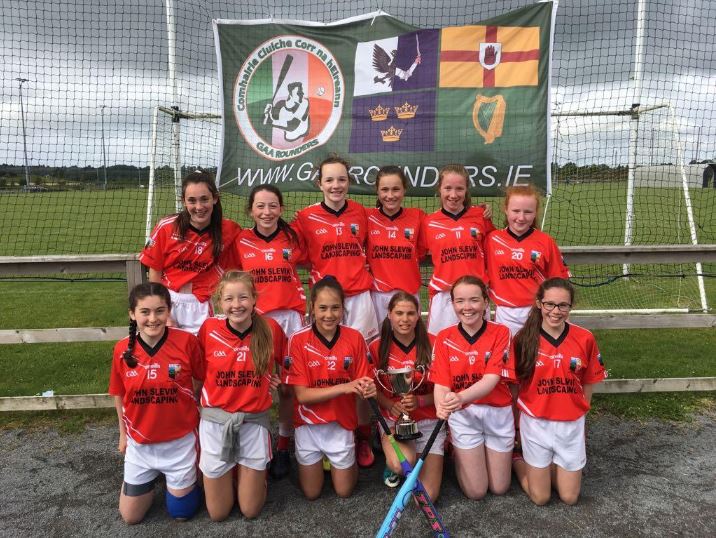