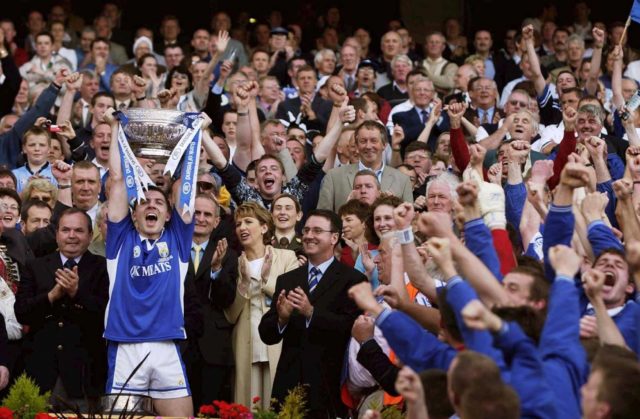 If only all the days in Croke Park could be like this one.

Sunday, July 20, 2003 is a day that will live long in the memory for Laois supporters – a day when a 57-year wait for a Leinster football title was finally ended.

15 years on and Laois have yet to another – and only six times in the history of the GAA have Laois been crowned Leinster champions.

That day in 2003 was just something else. Laois, in the first year of Mick O’Dwyer’s management beat Kildare 2-13 to 1-13, a side O’Dwyer had been in charge of for the previous six years.

A big win over Wexford got them up and running but they needed a replay to see off Offaly in the quarter-final.

They then beat Dublin 0-16 to 0-14 in the semi-final to set up a novel Leinster final. The whole county went into meltdown during the five-week buildup, the hype and excitement something that was hardly ever experienced before.

And the game itself lived up to expectations, as dramatic and as nerve-wrecking as you could imagine.

It was a day that started with Joe Higgins’ five-year-old twins Jack and Kevin marching in the parade with the Laois team – a move that would later see the Laois County Board fined – and ended with scenes never witnessed before by the county’s long-suffering supporters. 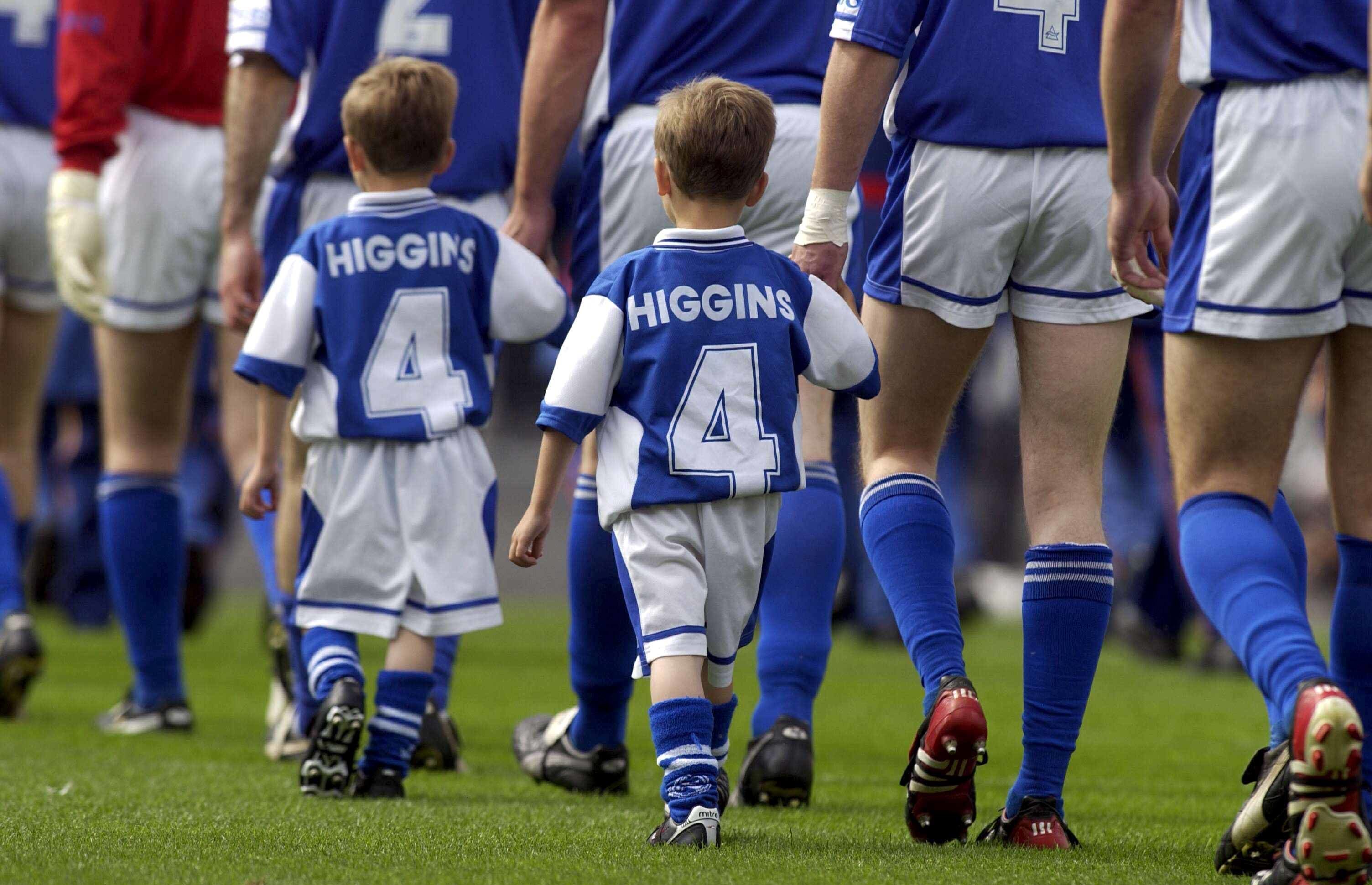 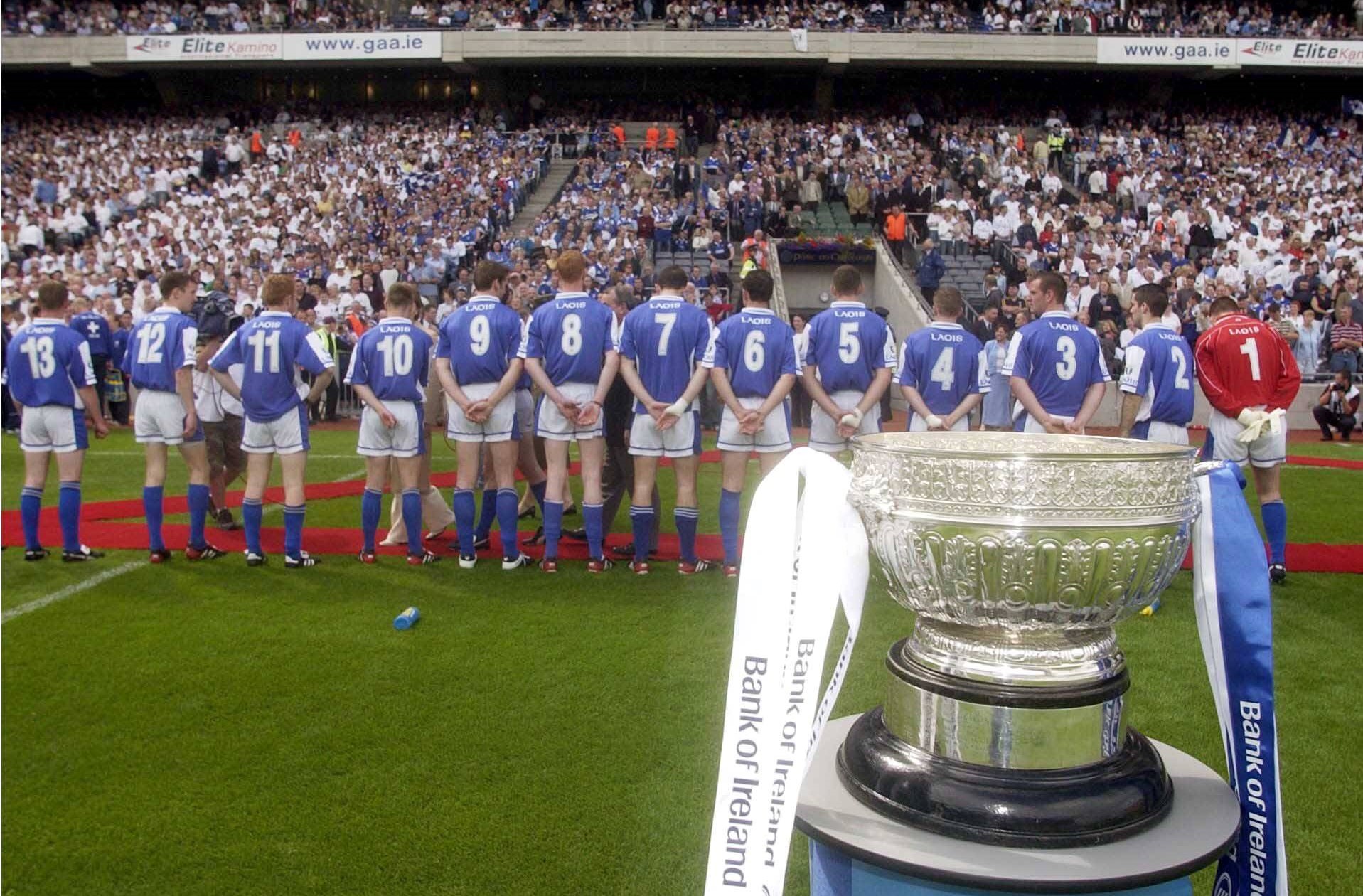 Laois got off to a great start and were 0-7 to 0-1 up after 22 minutes. The introduction of Kildare veteran Glenn Ryan helped Kildare build a platform and by half-time the lead was back to two points, Laois 0-8 Kildare 0-6.

But that first-half was pock-marked with controversy too with Kildare midfielder Alan Barry sent off after just four minutes after picking up two yellow cards in quick succession and Laois wing-back Kevin Fitzpatrick was then given a straight red 14 minutes later for a challenge on Tadhg Fennin. Both decisions seemed harsh.

But Laois got the second half off to a dream start too, a long ball from Noel Garvan straight from the throw-in finding Beano McDonald and he finished brilliantly past Enda Murphy.

Ten minutes later Laois had a second goal, this time Beano doing brilliantly to set up a then 20-year-old Ross Munnelly for his first ever championship goal. What a time to get it.

That put Laois 2-9 to 0-8 ahead and Laois seemed set to push on and win comfortably, particularly when Kildare defender Mick Wright was given his marching orders. 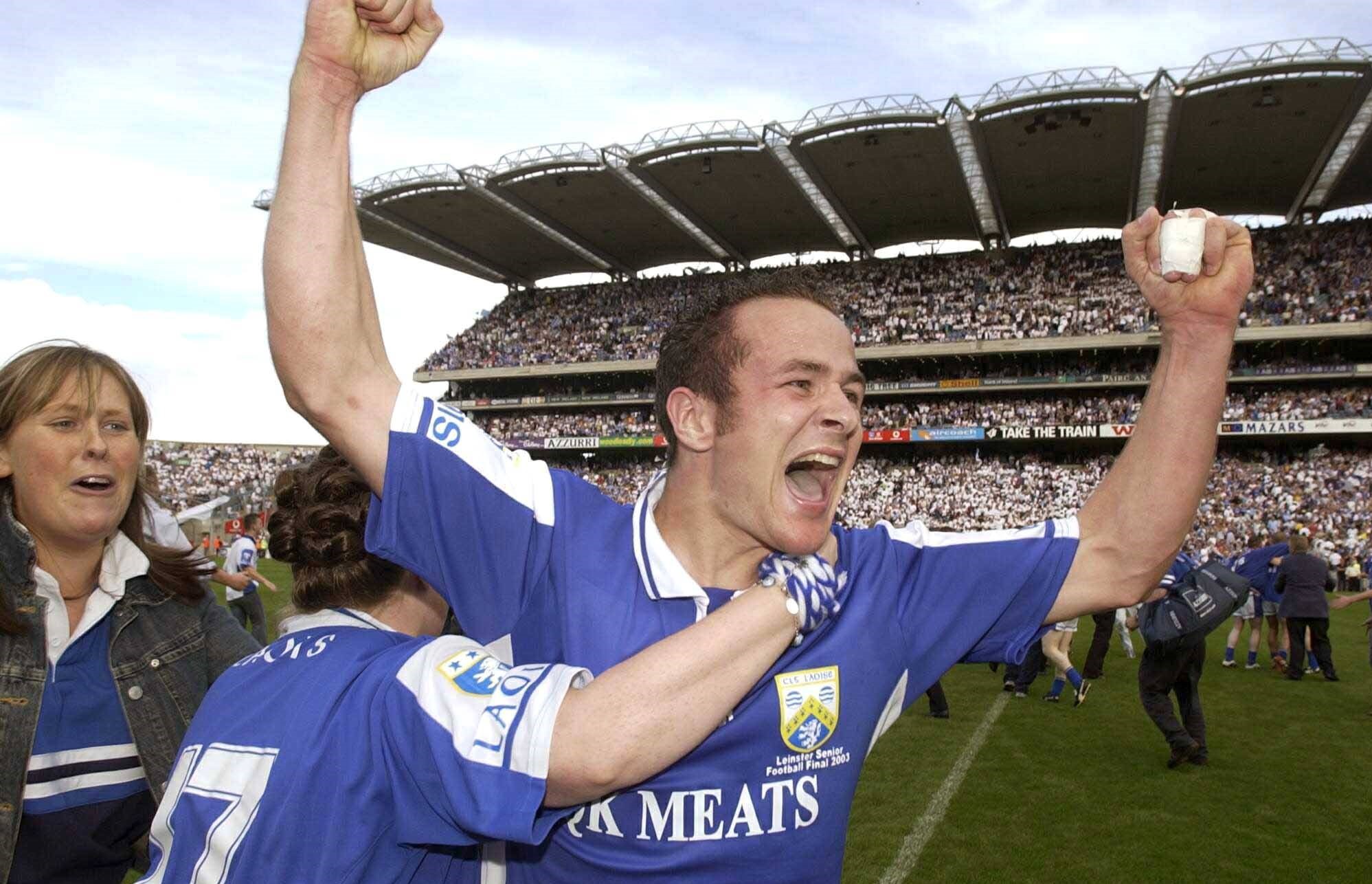 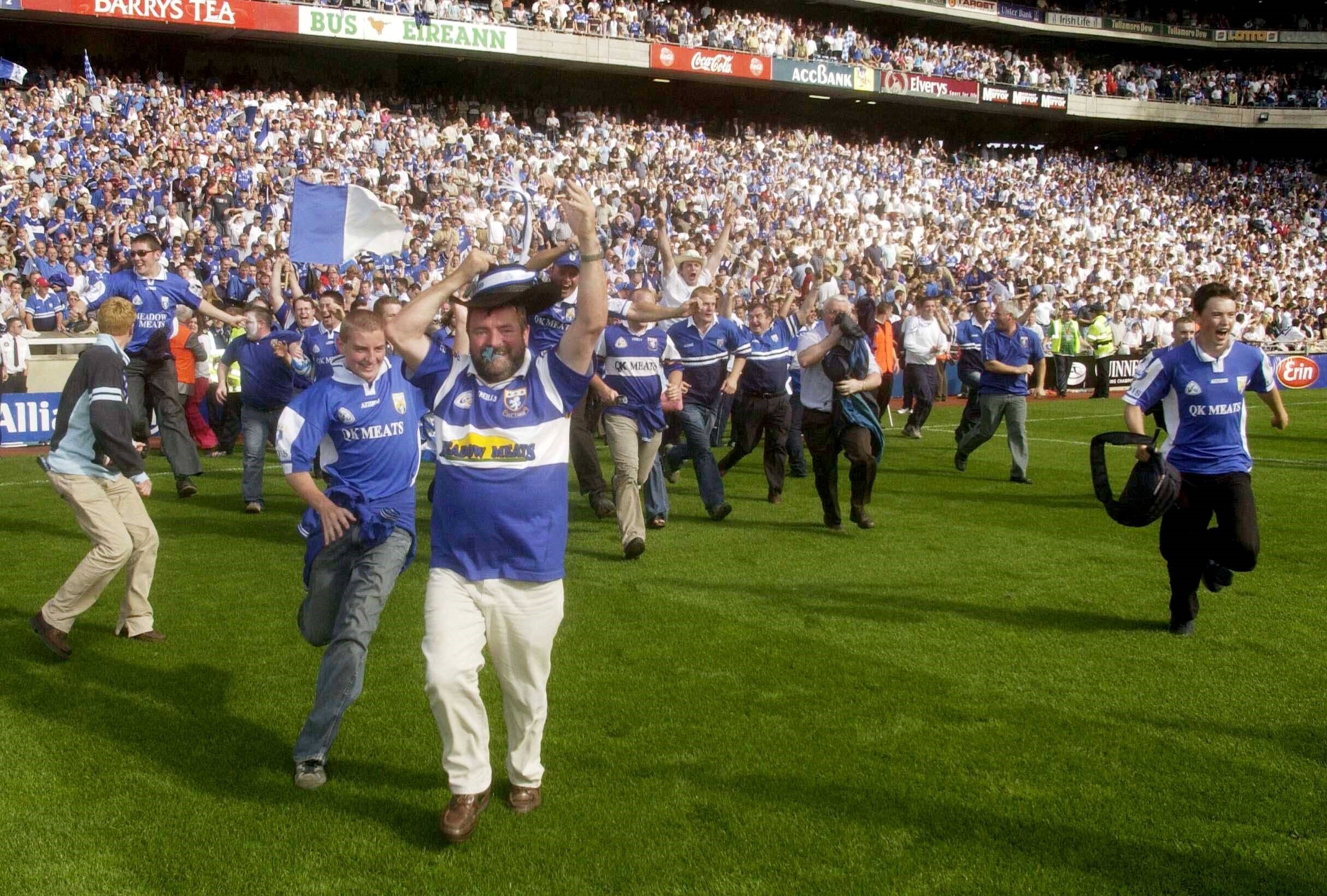 But Kildare came storming back and were back on level terms with ten minutes remaining when Ronan Sweeney fired a penalty past Fergal Byron.

The final say went to Laois, however, with points from subs Donal Miller and Barry Brennan and a fourth from play from the outstanding captain Ian Fitzgerald.

Seamus McCormack’s final whistle was the cue for manic scenes as Laois supporters ignored the official protocol and stormed onto the field to embrace their heroes and savour the moment.

Hilariously, the attempts to erect a temporary presentation area in the middle of the field were abandoned – with Laois supporters joyfully helping to carry the equipment back off the field. 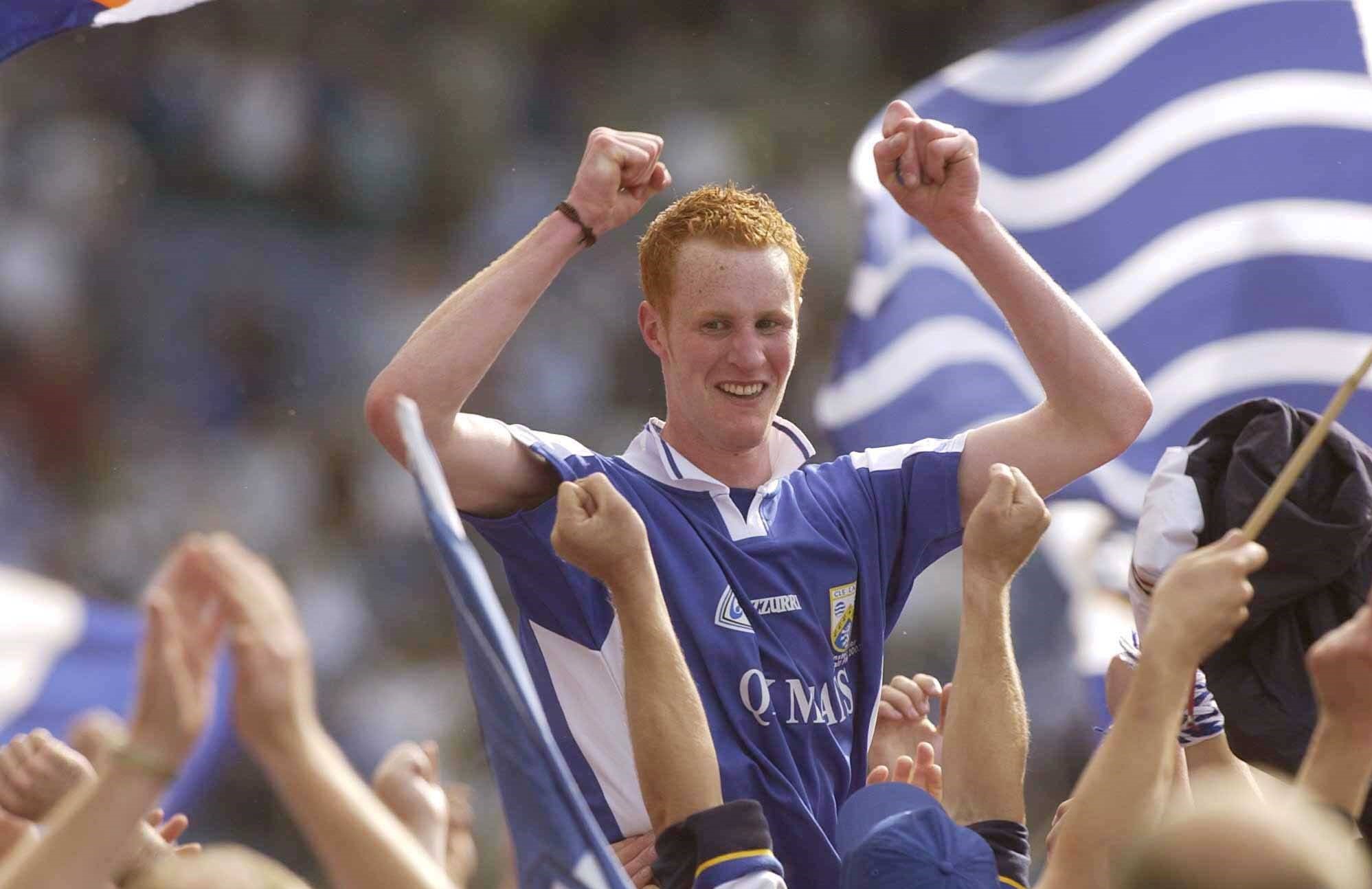 “A massive blue and white blanket of emotion was spread all over Croke Park yesterday,” wrote Martin Breheny in the Irish Independent the following day, “as what looked like the entire population of Laois galloped onto the pitch to share the special moment with O’Dwyer and his pioneering climbers, who had held their nerve in a final dash for the summit.”

“As soon as Micko took over he provided a great degree of optimism, confidence and enthusiasm,” said Fitzgerald. 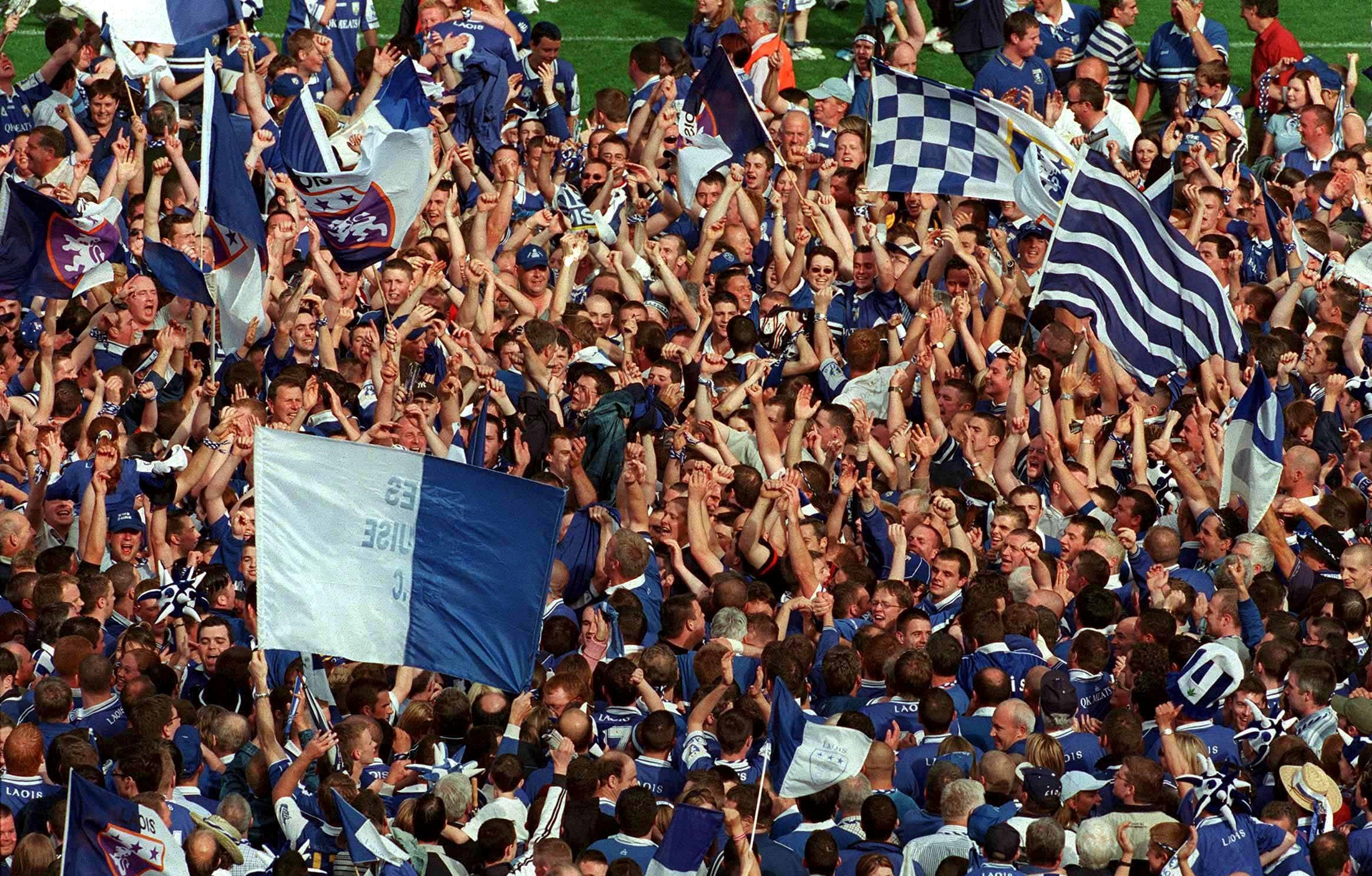 “Any footballer with potential in Laois was given a chance by him. Micko has only been with us for nine months so it’s incredible what we’ve achieved in that short space of time.

“When Ross Munnelly scored the second goal to put us seven points up I started to have visions of lifting the cup. But then Kildare started to get a grip and levelled and I thought that we might be on the way out.

“It would have been a complete disaster after being seven points up. Thankfully we lifted our game in the last few minutes and scored three points without reply.

“We had been told that the presentation of the cup would be on the pitch but after 57 years of disappointment and frustration it was only natural that our fans would really want to celebrate and so the presentation took place on the stand.

“Even when I had my hands on the cup and I could see the delighted expressions on the faces of our fans, I could still hardly believe that we were the Leinster champions.” 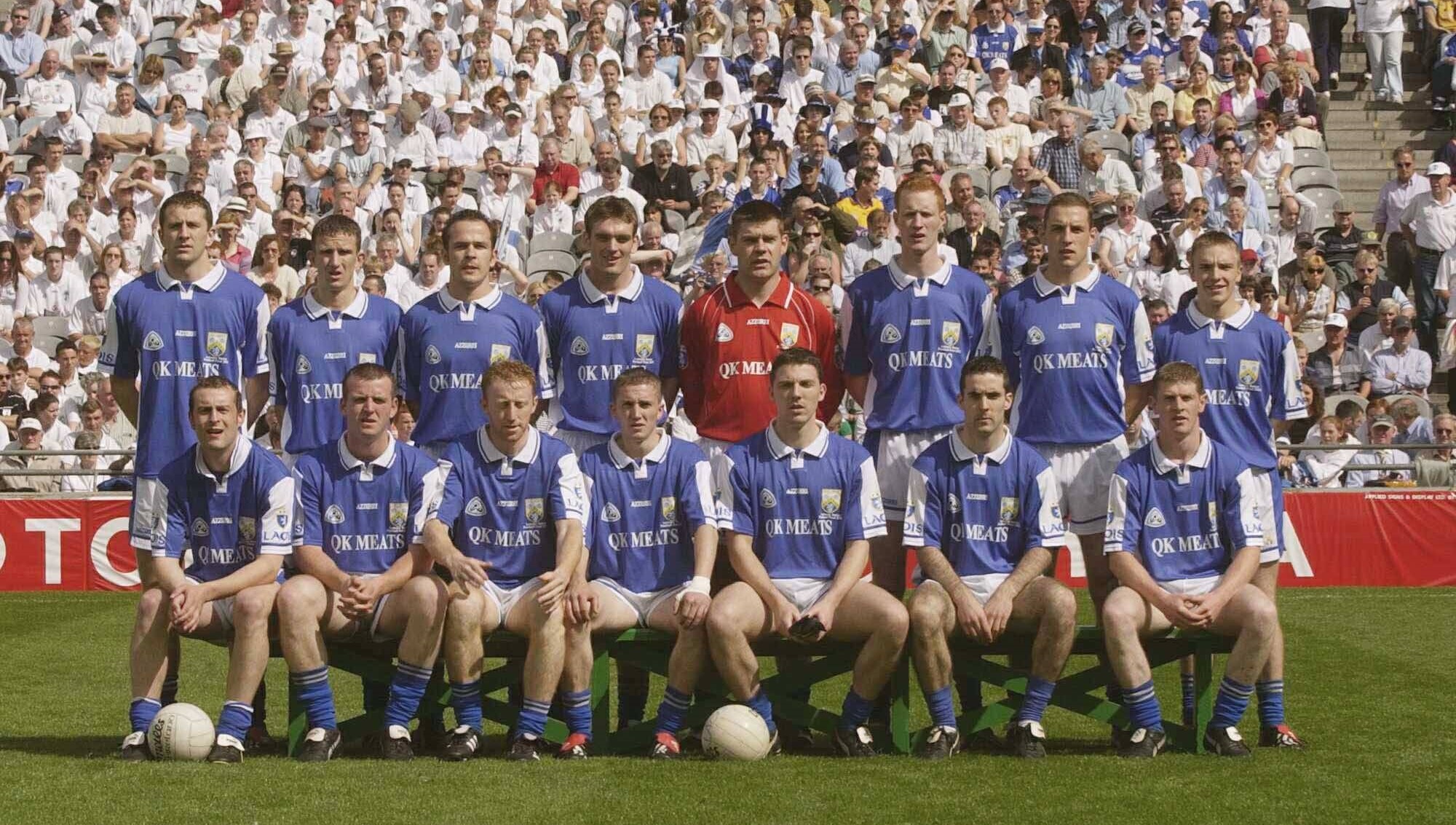