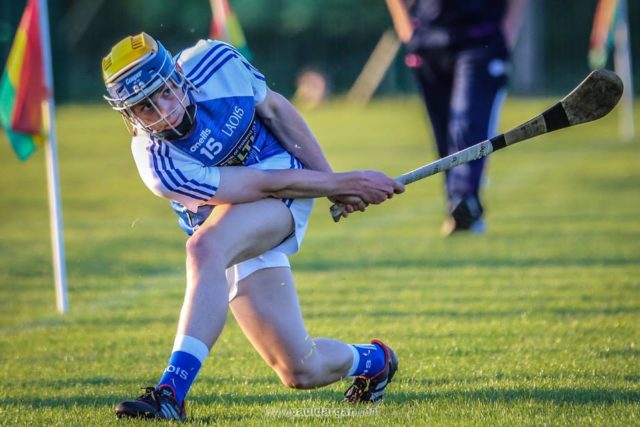 Laois have been crowned Celtic Challenge Jerome O’Leary Cup champions this evening as Clough-Ballacolla’s Kevin Mulhall fired them to glory.

The forward scored 4-2 of Laois’s total as they edged out Antrim by five points.

It was a stunning display by the teenager who was also part of the St Fergal’s Rathdowney team that went all the way to the All-Ireland Schools final earlier this year.

Antrim started the better of the two and were five points up after 12 minutes.

Paudie McGilligan fired two points while Joe McToal hit a goal and Conor McCloskey chipped in with another as a Gerry Williams point was the best Laois could muster.

Laois needed a spark and they got it at the midpoint of the half. Oisin Murray charged forward and laid the ball off to Mulhall who raced through to fire the ball to the net.

And Laois were level a couple of minutes later via Conor Walsh and Gerry Williams.

The sides then traded points before Niall Bennett smashed one over from half way to give Laois a 1-6 to 1-5 lead at the break.

Mulhall and McGilligan swapped points on the resumption of play before the Clough-Ballacolla man went goal crazy.

He reeled off three goals in the next ten minutes while Conor Walsh also raised white flags to move Laois 4-9 to 1-9 in front with 10 minutes to play.

Antrim refused to go away though and late goals from Colla McDonnell and Joe McToal made Laois sweat.

But they held on with late points from Walsh and Mulhall to seal the victory.