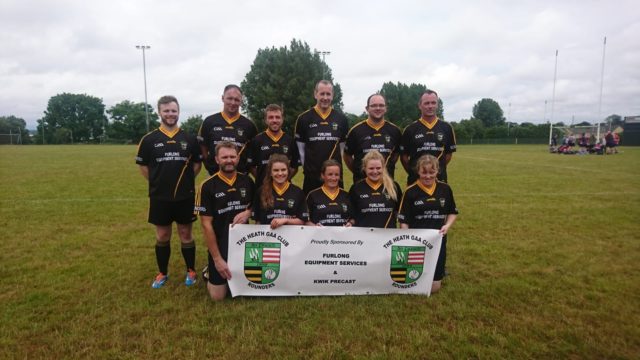 Laois will be the host county for the senior Rounders All-Ireland semi-finals in Rathleague, Portlaoise, on Sunday, July 29.

Of course, there is an added Laois element in the mix, as The Heath have contenders in the mixed, women’s and men’s semi-finals.

First up is the mixed semi finals at 12pm. The first semi-final is between Glynn/Barntown of Wexford and Erne Eagles of Cavan.

The other semi-final is sure to bring the fireworks as the two teams who competed in last year’s final – The Heath and Limekiln of Dublin – will also do battle at 12pm.

At 2pm the ladies take centre stage. Bagenalstown of Carlow play The Heath. After an absence of five years away from the game, The Heath ladies look to book their place in the finals. Standing in The Heath Ladies way will be multi all-star pitcher Nicola Clarke from Bagenalstown.

Reigning All Ireland champions Glynn/Barntown of Wexford will also go head to head with Breaffy of Mayo, Glynn/Barntown are going for their third All-Ireland title in a row this year.

The men take to the pitch at 4pm. The Heath take on old foes Limekiln trying to keep their quest for four in a row alive. However. The Heath won’t have it easy – as Limekiln came to Laois earlier this year and beat them on their own patch. The other men’s semi final should be as equally as good while Erne Eagles play Breaffy of Mayo.

It’s sure to be a great day with great rounders where spectators can view the cream of senior rounders in Ireland will battle it out to reach the All-Ireland finals in August.