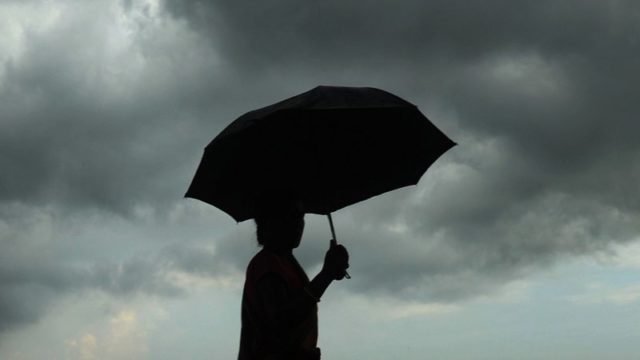 A new Status Yellow rainfall warning has been issued by Met Éireann for all counties in Leinster for this weekend.

Leinster, Cavan, Monaghan, Donegal and Waterford will also all be affected as thundery downpours may lead to rainfall accumulations of 25-40mm.

The warning is in place until 9am tomorrow.

Today’s forecast is mostly cloudy with outbreaks of rain and drizzle in the east.

A band of showery rain in the west will spread inland, turning heavy or prolonged with thundery down pours later.

We will have more updates on weather warnings as they come in.