Those two clubs meet in the championship this evening in Rosenallis with their second-string teams and ahead of that game we’ve been given a sneak peak at the Ballypickas Junior C hurling Whatsapp group.

And it makes for very entertaining reading. The club shared a screengrab of the discussion on Twitter, making only a half-hearted attempt to protect the identities of those involved. The level of preparation, it seems, is off the scale.

“Any spare hurls,” asks another, who you definitely feel hasn’t been honing his skills much these days.

In both instances, the two lads were helped out but it seems the supplies were beginning to run dry.

“Anyone a cure for obesity,” asks another. No response. An incredible sound of silence. 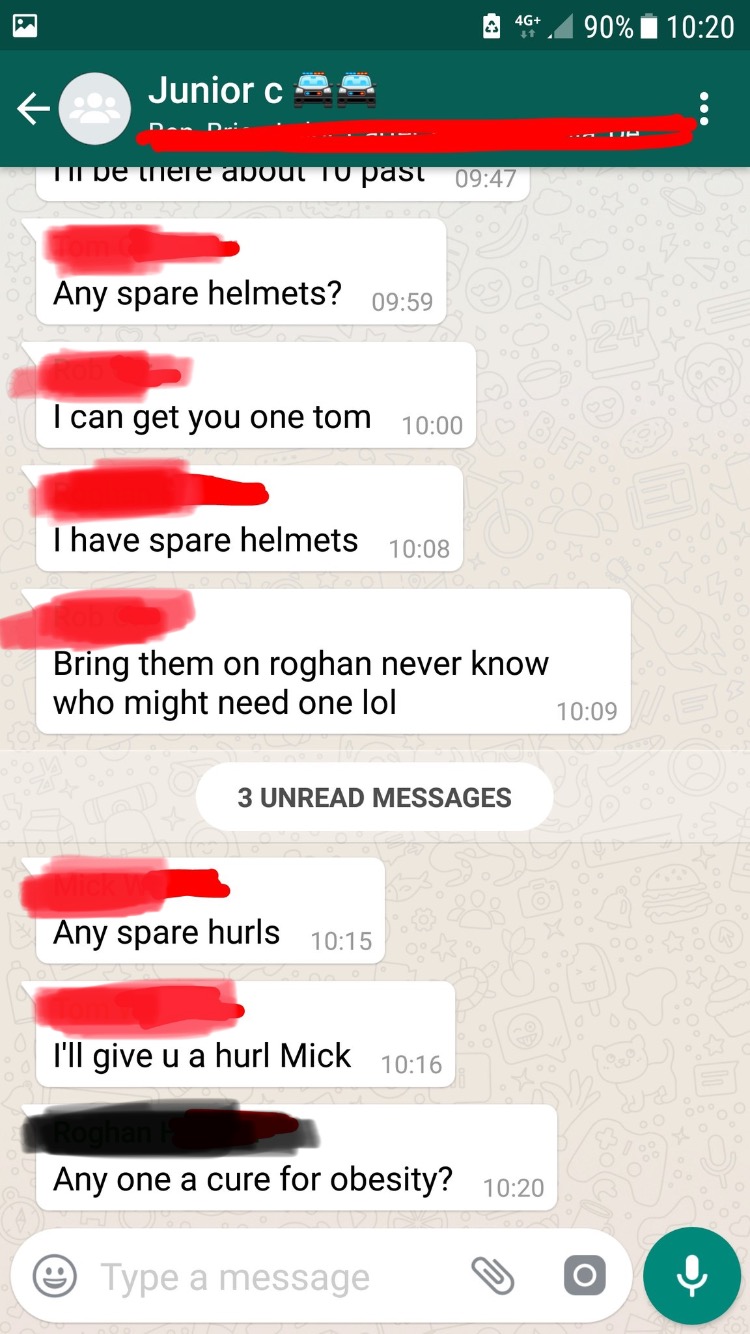 Ballypickas travel to Rosenallis for a 7.30pm throw-in while Clonaslee host Portlaoise at the same time.

Already in the Junior ‘C’ championship this year, Clonad and Ballyfin played out a 5-15 apiece thriller after extra time in the opening round. In true Junior ‘C’ style, Ballyfin then had 22 points to spare in the replay.

Rosenallis, some of our readers will remember, were beaten in last year’s Junior ‘C’ final by Mountmellick, a game that was hilariously – and with huge bias – covered on our Snapchat account by Bernard Rochford.