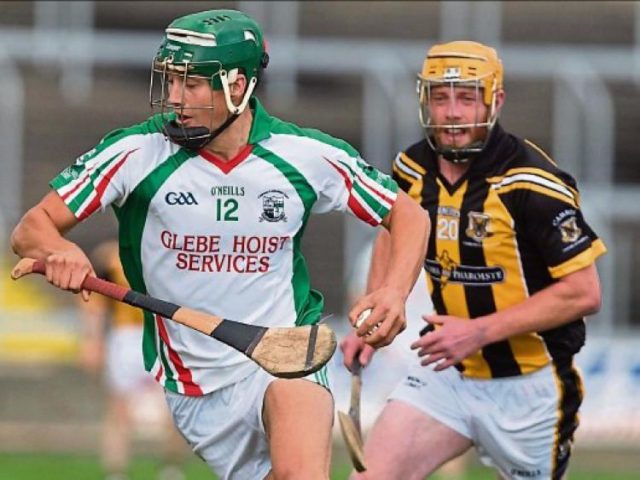 Slowly, but surely, the wheat is being separated from the chaff and the picture is becoming clearer in the Laois hurling championships.

A couple of surprise results in Round 2 sees a numberof changes in our rankings – and it looks to be getting tighter at the top all the time.

Playing in the fourth tier prevents them from rising much higher than where they are now – but they’ve won their two games to date and lead the contenders to win the championship they’re in.

It has been a disappointing debut season for the new club and following a one-point loss to Ballypickas last week they must now beat Rathdowney-Errill or they will be relegated to junior.

Last year’s Junior ‘A’ winners have a chance to make a semi-final and are safe from relegation following their narrow win over Park-Ratheniska/Timahoe.

A disappointing season for a side that should have won last year’s intermediate final. Two losses has them in danger of relegation.

Their second team has suffered from losing so many players to their seniors and that was evident in their loss to Slieve Bloom. Not gone – but will have to find form to get back to winning ways.

A good win over Rathdowney-Errill has brought life back into their season following their Round 1 loss to Slieve Bloom. They rise in the rankings to move into the top 20.

Beaten narrowly by Borris-Kilcotton and while they are outsiders to win it out, they are, at the moment anyway, leading the chasing pack.

A hard-earned win over Clonad was followed by a big win over Camross. Putting up big scores and well in contention to win the intermediate title outright.

Relegated from Senior ‘A’ last year, they’ve responded with good wins over Clough-Ballacolla and Rathdowney-Errill. Losing players to their senior team is the big concern but they have a chance of reaching the intermediate final.

The struggle for playing numbers go on. Battled bravely against Rosenallis but they never looked like winning. A relegation battle is on the cards again.

Made a reasonable comeback against The Harps in the 15 minutes after after half time but were still way off at the final whistle. Drop down one place for now.

Have slipped considerably from last year when they went all the way to the final. Still likely to go through but the loss to Shanahoe was disappointing.

The shock of the weekend came in Shanahoe’s impressive win over Colt, and a massive reversal of last year’s game between the two. Will now look to build on that in the final group game against Mountrath.

Portlaoise just can’t buy a win at the moment and two losses from two games in the SHC ‘A’ comes on the back of relegation in the championship last year and league this year. A win over Trumera will send them through but they’ve a lot of ground to make up on the teams ahead of them.

An eight-point win over Portlaoise sees them go up in the rankings and they’ll now fancy a shot at a young Rosenallis side to ensure they go straight into the semi-finals.

Routine win over Trumera in Round 2 but tougher tests lie ahead, starting with their Round 3 game against neighbours Clonaslee.

Have yet to be properly tested in the SHC ‘A’ and while they have yet to look the real deal, they still remain the team to beat.

Were competitive for long stages against Ballinakill and didn’t deserve to lose by as much as they did. Face a huge game now against Abbeyleix and one that they’ll see as winnable on the form shown so far.

A much improved showing against Borris-Kilcotton on what they produced against Ballinakill in Round 1. A win against Ballyfin will send them into the quarter-final, a loss will put them in a relegation playoff.

If their win over Camross was the performance of the opening round, they were the disappointment of Round 2. While that one win might be enough to get them through, they need to beat Rathdowney-Errill or they could end up in the relegation playoff.

Nothing fancy, just a solid performance and win against Ballyfin. Will need to find another gear if they’re to challenge one of the big guns but they have the raw materials to give someone a serious rattle.

Two games played and just one point to show for their efforts. Their fate is in their own hands and if they beat Castletown they’ll be through to the quarter-finals. They need to start showing an improvement fairly lively.

An impressive showing against Abbeyleix and a team that seem to be getting back to their 2016 form. Not enough to rise in the rankings but definitely look capable of seriously challenging.

Their complete demolition of Castletown show that they’re side that mean serious business. Can book a semi-final, knock the champions out and go top of the rankings if they beat Camross next week

We forgave them one bad day in the opening round against Castletown and with a stronger team and with their backs to the wall they responded in style against Rathdowney. Need to beat Clough-Ballacolla to remain in the championship but for now they’re still Number 1.