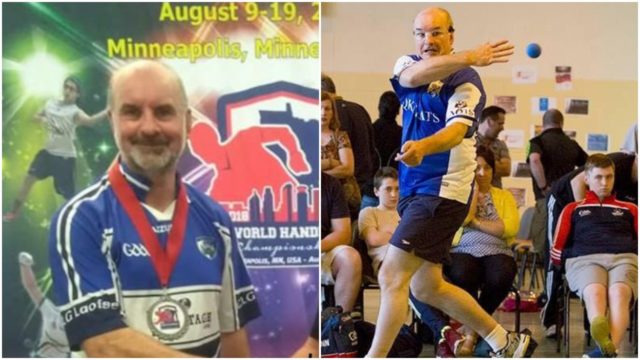 The Monavea Handball Club man claimed glory after a gripping 11-8 tie-breaker victory in the final.

Donovan took on fellow Irish man Tómas Donegan of Limerick in the decider.

The finals as currently being played at the University of Minnesota Recreation and Wellness Center – Minneapolis.

This is a fantastic achievement by Paddy who dedicated several months of hard training to be prepared for these championships.

Paddy reached the final after defeating some of America’s top players at this grade including Jeff Wall, Paul Pfannensteil and Lennart Delatorre.

The championships are held every 3 years and see the best handball players from around the world compete.

Paddy reached the semi final of the competition in 2015 but was defeated by Danny Bell of Canada.

So in the space of 24 hours, Portlaoise has not one but two world champions. 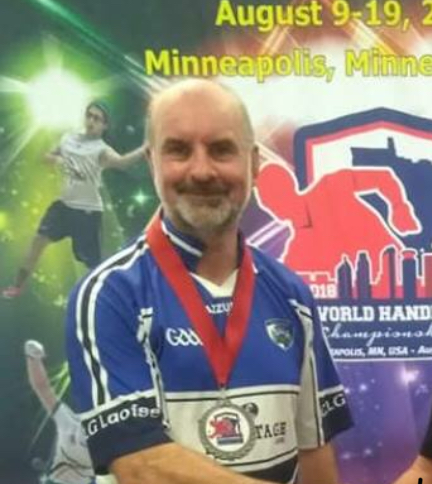