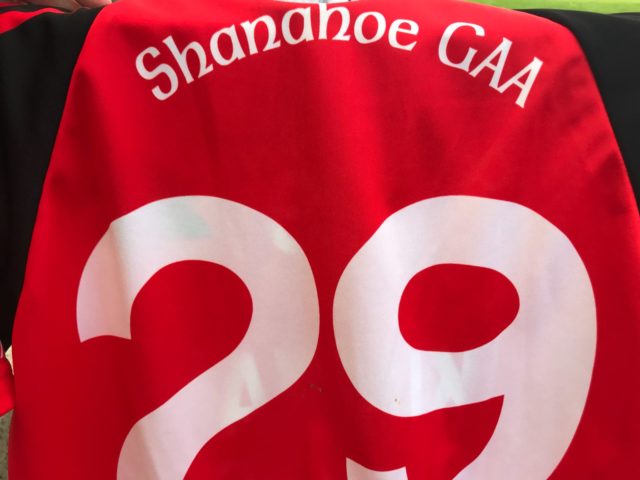 Shanahoe Gaels defeated Mountrath in Ratheniska this evening to finish second in Group A and set up a quarter final clash with Portlaoise.

In a keenly contested affair, Mountrath ended the game upset about a Colm Linehan shot that appeared to go over the bar in the first half but was waved wide by the umpires.

But even if it had counted, it would have made no difference as Mountrath needed to win this game by at least nine points to move ahead of Shanahoe Gaels on points difference.

For the second year running, they are back in the relegation final where they will this time face Trumera.

There really wasn’t anything between these two and in the end it was the contribution of Shanahoe Gaels corner forward MJ Lalor that proved the difference as his late point won it.

The sides were level at two points each 10 minutes with Mountrath centre forward Jimmy Hyland scoring twice and Mark Kirwan and Rhian Bergin doing the same.

Both sides then had goal chances. Mick O’Brien drew a great save from Shanahoe keeper Darragh Hiney and then Jake Walsh did likewise a minute later.

While down the other end, Martin Kirwan beat Dan Russell all ends up when he kicked the ball goalwards from close range but it cannoned back off the crossbar.

Gavin Sydes put Mountrath ahead and the ball was in the Shanahoe net after 13 minutes when Mick O’Brien combined with Brandon Russell who shot low into the net.

Mark Kirwan responded for Shanahoe with a point before MJ Lalor raced through and produced a stunning low finish to level matters after 20 minutes.

Mountrath regained the lead via Jimmy Hyland and keeper Dan Russell but Shanahoe were level at 1-5 each by half time thanks to Daire McWey and MJ Lalor.

Shanahoe Gaels now had the breeze and began the second half with points from Martin Kirwan and Darragh Cripps.

Shanahoe came back with three for them as Cripps took his tally to three and Daire McWey got another.

Damien Lanham and Rhian Bergin exchanged scores and we were level with five to play when Dylan Russell and Jimmy Hyland fired over frees for Mountrath.

The stage was set for someone to win the game and MJ Lalor duly obliged.