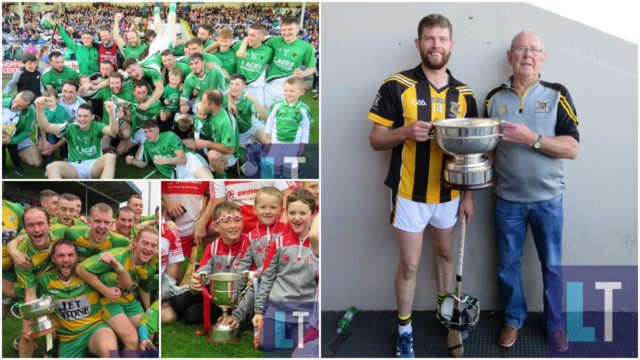 This has been a defining week in the Laois hurling championships.

The group stages of the Senior and Senior A championships have now concluded while the intermediate is almost at semi final stage and the junior is.

Here we will give you a comprehensive run down of each of the grades and where things stand.

The group stages finished up last night and the six teams still standing are now known.

Ballinakill topped Group A with their win on Friday night and are straight through to the semi final – while so too are defending champions Camross who thrashed Clough-Ballacolla tonight.

The quarter finals see Rathdowney-Errill face Abbeyleix in one with the other quarter final between Borris-Kilcotton and Clough-Ballacolla with the winner playing Camross.

The semi finals are not predetermined and repeat pairing will be avoided where possible between group winners and winning quarter finalists.

So for example, if Rathdowney-Errill and Clough-Ballacolla win the quarter finals, a draw will be required to determine the semi finals.

The relegation final will be between Castletown Gaels and Ballyfin Gaels who both finished bottom of their respective groups.

The Senior A group stages also finished last night and a clear picture of what will happen is now known.

Clonaslee St-Manman’s and favourites the Harps are straight through to the semi finals after topping their respective groups.

Shanahoe Gaels finished second in Group A and they will face Portlaoise in the quarter final.

Again, like in senior, the semi finals are not predetermined and if Rosenallis and Portlaoise should win for example in the quarter final, a draw for the semi finals will be required.

Mountrath are in the relegation decider for the second consecutive year and they will play Trumera.

The IHC is almost at the semi final stage with three of those teams now known.

Slieve Bloom and Borris-Kilcotton qualified directly for the semi finals after winning their first two games.

Camross lost to Slieve Bloom in Round 2 but defeated Ballypickas Gaels in the quarter final on Thursday night.

The trio will be joined by either Clonad or Clough-Ballacolla who play on Wednesday of next week.

If Clonad win, there will be a draw in the County Board offices on Thursday to determine the semi-final pairings as both Camross and themselves have already played Slieve Bloom.

The relegation final already took place with Park-Ratheniska-Timahoe making the drop to Junior after losing to Rathdowney-Errill.

The draw for the semi finals of the Junior championship was made in O’Moore Park last night.

Mountmellick, who are chasing back-to-back championships, face The Harps.

While last year’s defeated finalists Rathdowney-Errill play Castletown in the other semi final.

These competitions have both reached the finals and they are set to be played in the next two weeks.

The Junior B final is up first with neighbours Kyle and Camross set to do battle on Thursday in O’Moore Park.

Portlaoise and Ballyfin are set to meet in the Junior C decider which will take place Wednesday August 29.