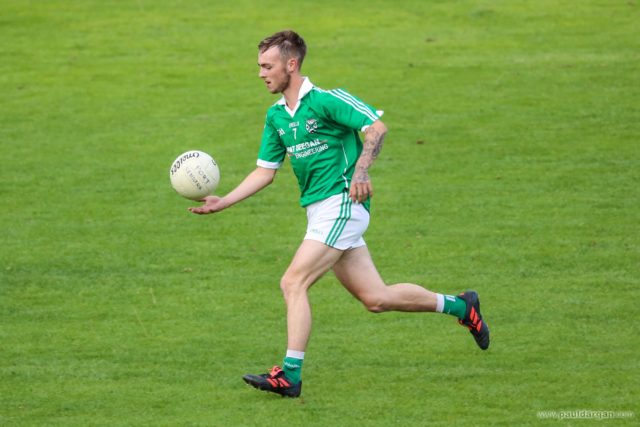 Just the five big games down for decision today.

The action all gets underway in the early afternoon with the SFC relegation final and then concludes with the camogie semi finals.

There are two SFC quarter finals in the middle too and we have taken a look at these games in greater detail below.

It is the final that absolutely nobody wants to be in but after losing three games each, it is last chance saloon for both Ballyfin Gaels and Clonaslee Gaels.

They will clash in McCann Park where only one of them will extend their stay in the senior grade.

Clonaslee lost to Killeshin, Stradbally and Arles-Killeen to get here while Ballyfin were defeated by Portlaoise, Crettyard Gaels and The Heath.

Barry Roche is suspended for the latter while James Finn, who missed the loss against The Heath, is also back in the Middle East.

For Clonaslee, it will be very interesting to see how many of their Annanough contingent tog out as they qualified for the junior final on Friday night and may not want to risk injury here.

But over the last number of years, Clonaslee, and latterly Clonaslee Gaels, have been masters of escaping relegation and we are tipping them to do the same again.

When the draw for the quarter finals of the SFC was made a couple of weeks ago, Portlaoise were the one team that everyone wanted to avoid.

The county champions, who have lifted the crown ten times in the last 11 years, have been ruthless so far in the ease at which they blew away the challenges of Ballyfin Gaels and Graiguecullen.

Ballyroan-Abbey have been on a real journey of discovery this year themselves.

A Division 1B triumph has led to wins over The Heath and Arles-Kilcruise after an opening round loss to Portarlington.

They have improved an awful lot this year and are a very young team with a bright future ahead.

They won’t fear Portlaoise but anything other than a win for the Town will be a major surprise.

The fourth and final quarter final of the weekend is once again the meeting of two neighbours and fierce rivals.

Stradbally, county champions in 2016, come here after losing to Arles-Kilcruise in Round 1 but seeing off Clonaslee Gaels and Portarlington since then.

It has been far more straight-forward for St Joseph’s who got the better of The Heath and then Portarlington to qualify for the last eight.

Stradbally are the highest goalscorers in the competition thus far but this will be the toughest defence they have come up against.

St Joseph’s are incredibly focused this year and are understood to have gone on a bonding weekend during the Electric Picnic.

A very tough game to call but perhaps the Kellyville men may edge it.

First up is Camross versus The Harps at 3.45pm.

Defending champions Camross are expected to make the final again from this but The Harps have been steadily improving throughout the year for this semi-final. Still though, anything other than a Camross win will be a shock.

O’Moores will then face off against St Brigid’s at 5.45pm in what is expected to be a hotly contested battle from the off.

O’Moores narrowly defeated St Brigid’s by two points in the group stages to leave both teams in second and third place as a result.

Since then, these two sides have faced-off in the league, where St Brigid’s comprehensively defeated a depleted O’Moores side – so this draw is sure to bring a lot of intensity from both teams.

But with the Sarsfields contingent back available to O’Moore’s, we reckon they will have enough.