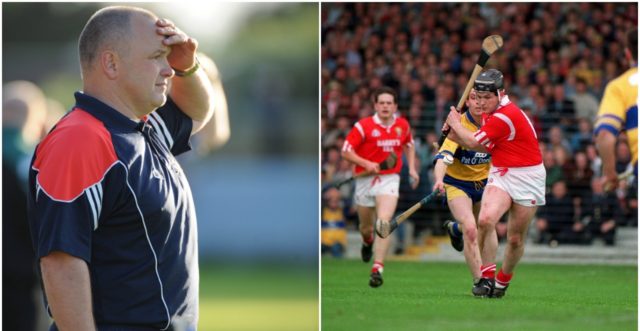 A distinguished Cork inter-county player is hoping to guide his adopted team of Slieve Bloom to success as they face neighbours Camross in the IHC final in O’Moore Park on Saturday evening.

Former Cork hurler of the 1980s and 1990s Ger Manley took up the reins of the Slieve Bloom intermediate hurling manager this year after being approached for the role by colleague Dave Whelan. Chairperson Joe Heffernan then approached Ger and he hasn’t looked back since.

Manley is a prison officer in Portlaoise and commutes up and down to Cork, while taking the Slieve Bloom side to the county final.

The Inniscarra native also has previous managerial experience with the Cork minor hurling side, and guided them to win the Munster championship final in 2008. We spoke to Ger about hurling within Slieve Bloom and how much this final means to the small club.

“It’s great because it’s a small area with brothers and cousins playing with each other. There’s great local rivalry there as well with Camross. I didn’t realise how close the hurling clubs are to each other and that’s very interesting,” said Ger.

Slieve Bloom have progressed immensely since the beginning of the year. They reached the league final before losing to Clough-Ballacolla in final.

“The league definitely stood to us in terms of getting ready for the championship,” said Ger.

Slieve Bloom staged a remarkable comeback against Clonad in round one of the championship to face Camross in the next round. Here they defeated Camross 1-27 to 2-11, but Ger is under no illusions that Saturday will be an easy battle.

“Camross were unlucky with a number of scoring opportunities that day, and whatever we hit seemed to go over, but it doesn’t always work that way,” said Ger.

They overcame Clough-Ballacolla 2-14 to 0-14 to earn their place in the final, and Ger is extremely pleased with the likes of young Ciaran Conroy stepping up for his club with consistent performances, alongside his brothers Ben and Gavin.

Ger is hoping his side’s consistency will follow through to the final, and although he says he’ll ‘always be a Cork man’, we’re sure this former Munster championship winner will only be thinking about the orange and white come Saturday at 5pm.