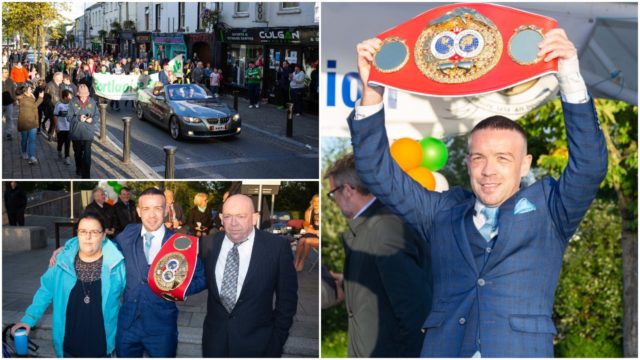 It was a simply staggering achievement as he became just the second Irish boxer in history to win a title without fighting once on Irish soil.

TJ arrived in Portlaoise on Friday evening and was given a hero’s welcome by all alongside his family.

TJ paraded up Main Street in an open top car alongside his partner, son and daughter Nicole McDermott Doheny.

TJ then made his way to County Hall where Laois County Council bestowed a Civic Reception on the boxer who put his town on the boxing map after claiming the World Belt in Japan.

Thanks to photographer Con Murphy for sending these pictures our way. 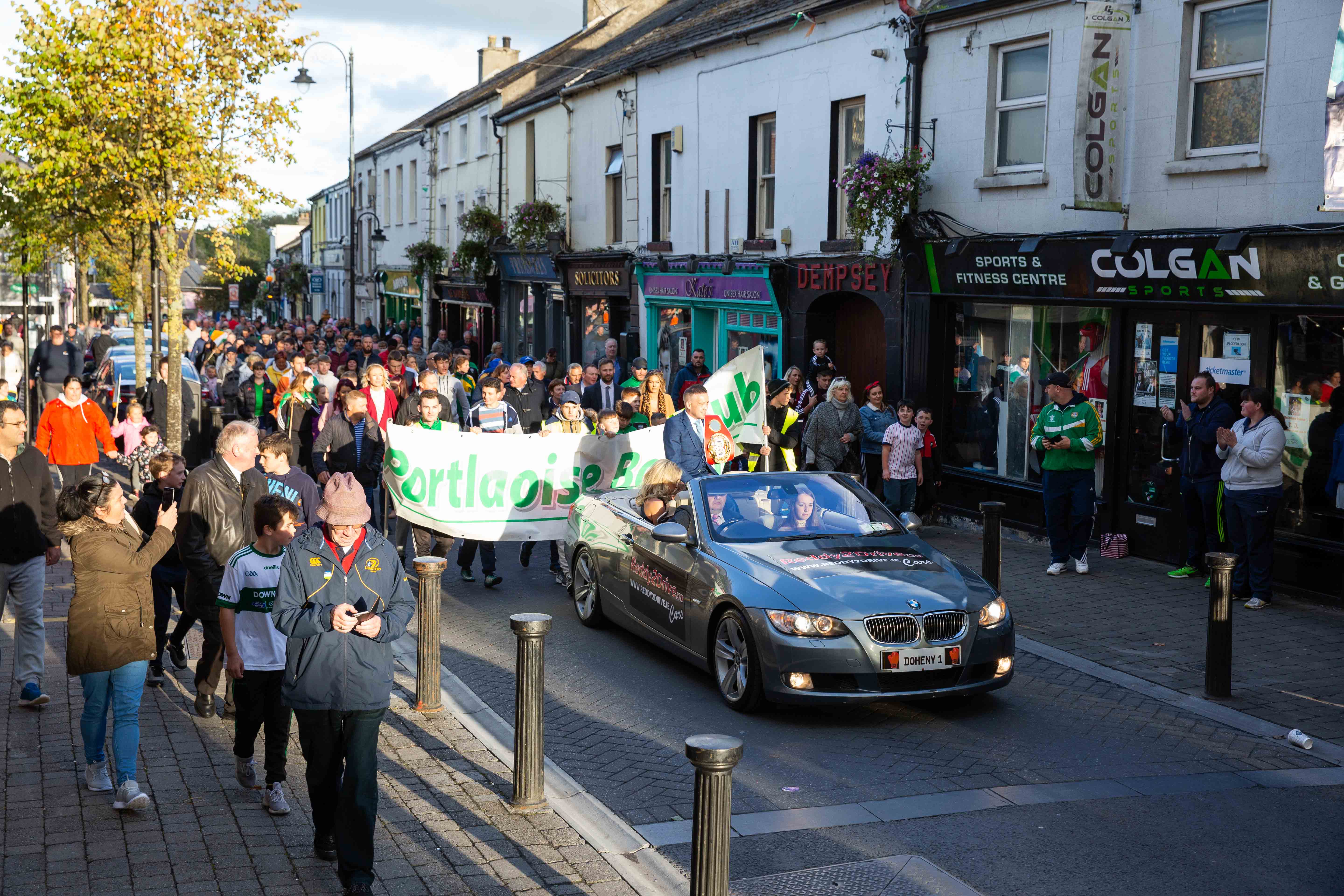 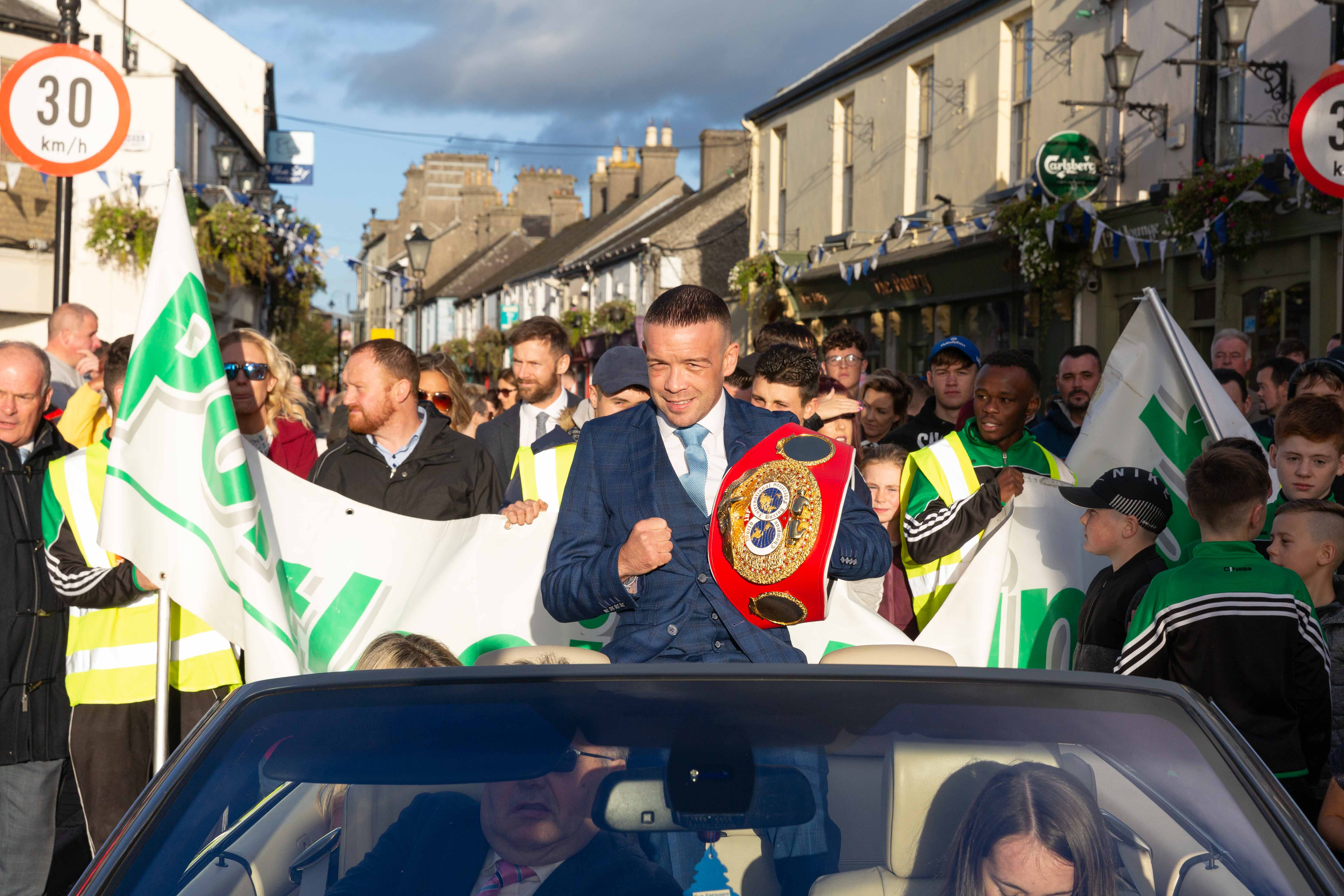 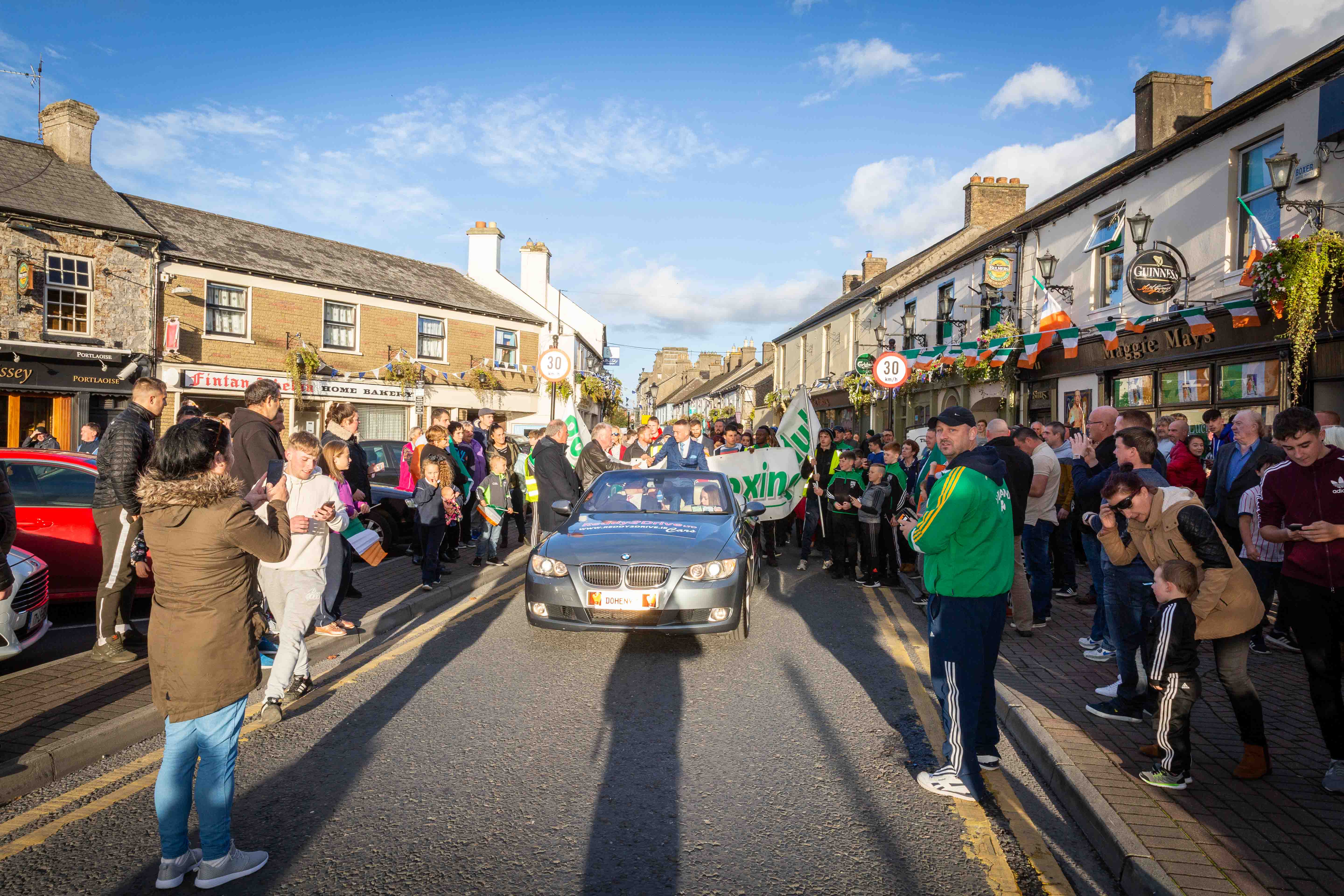 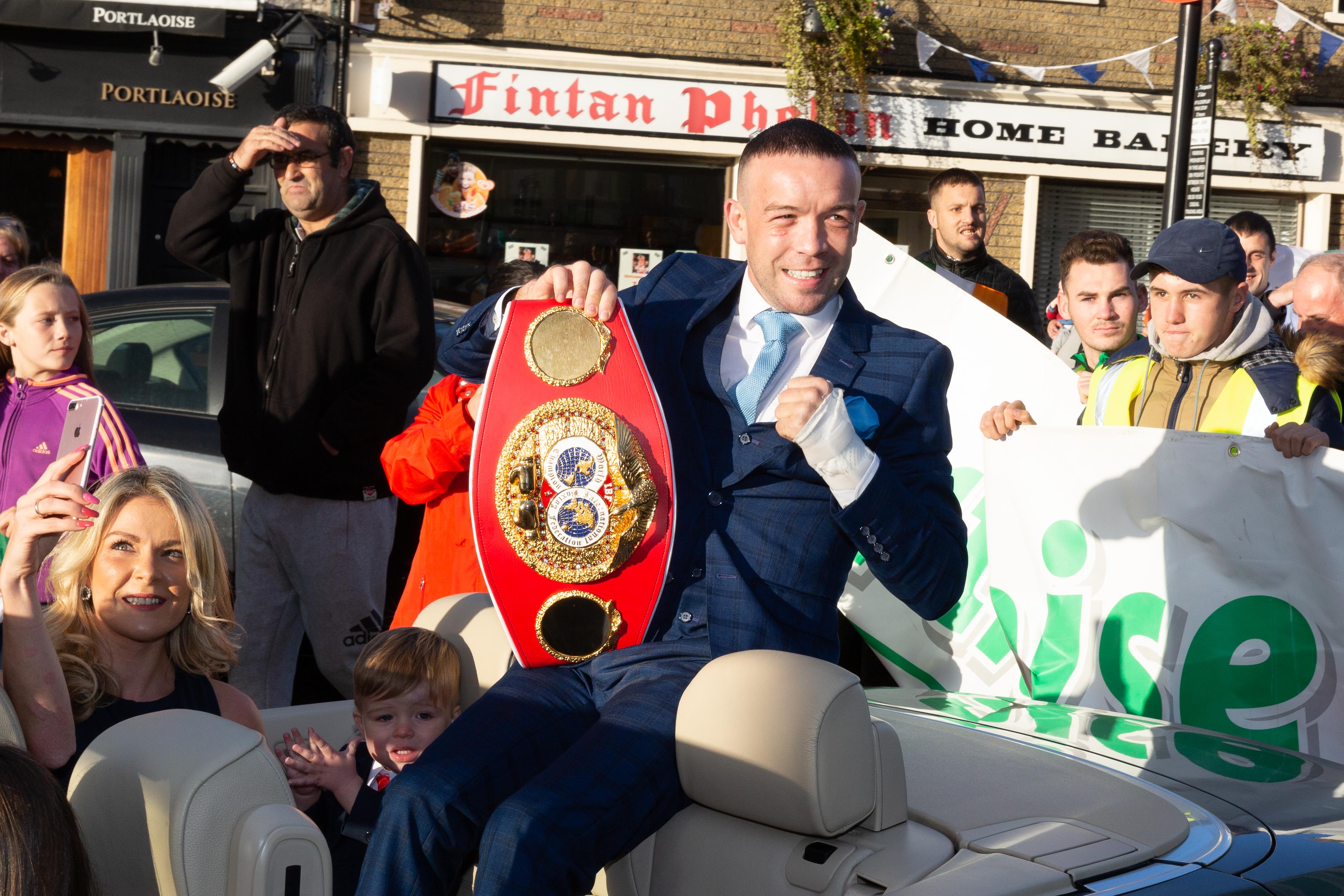 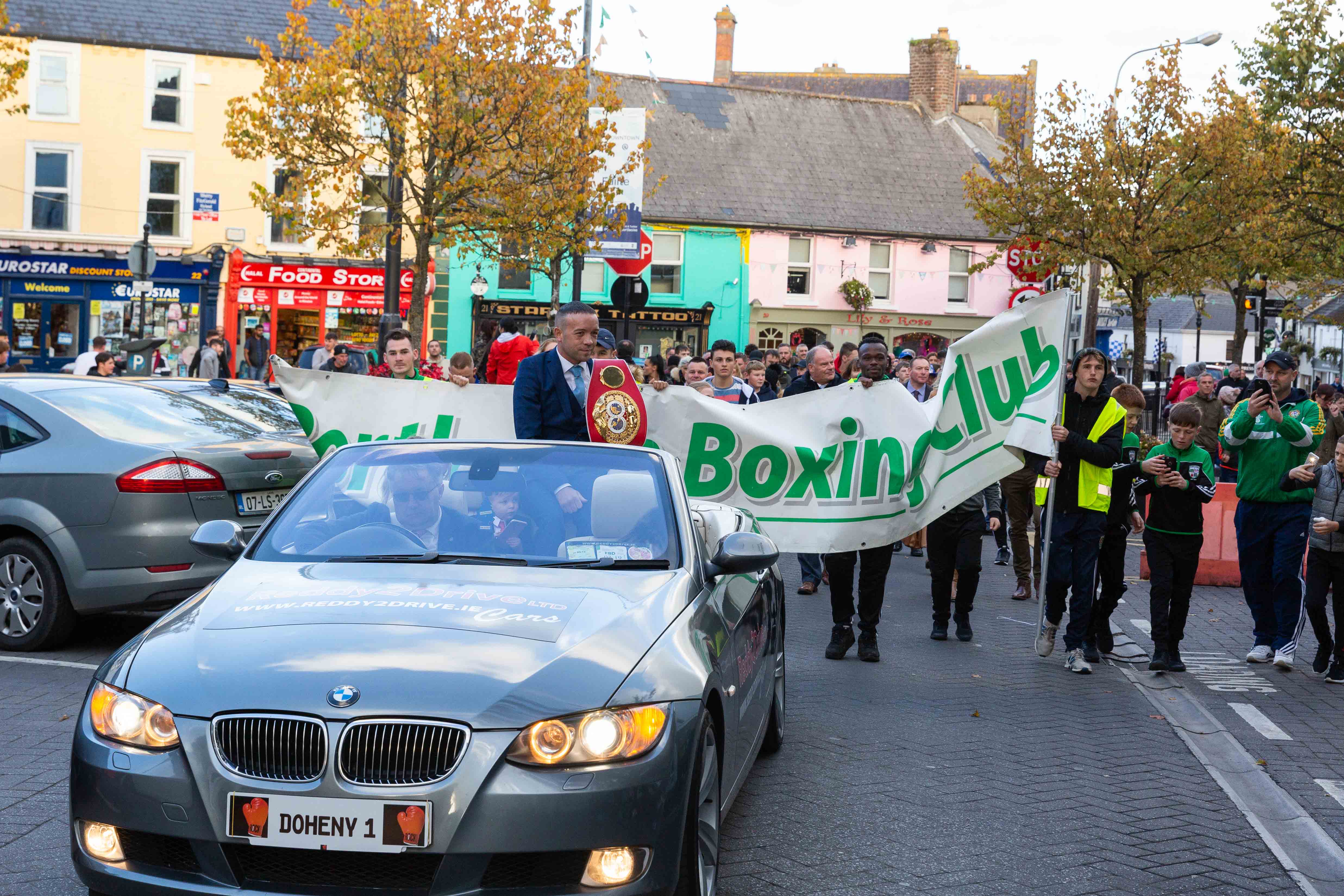 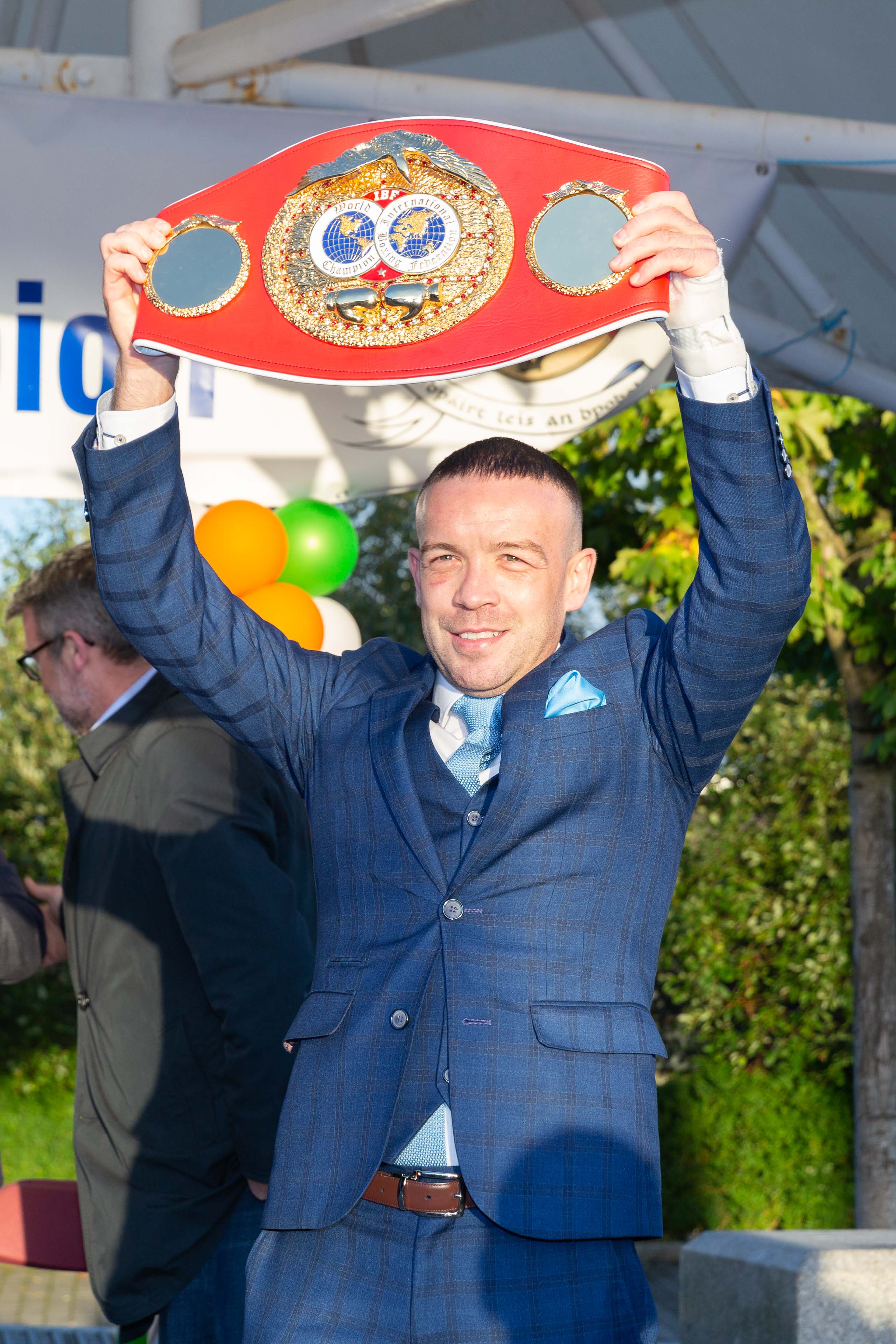 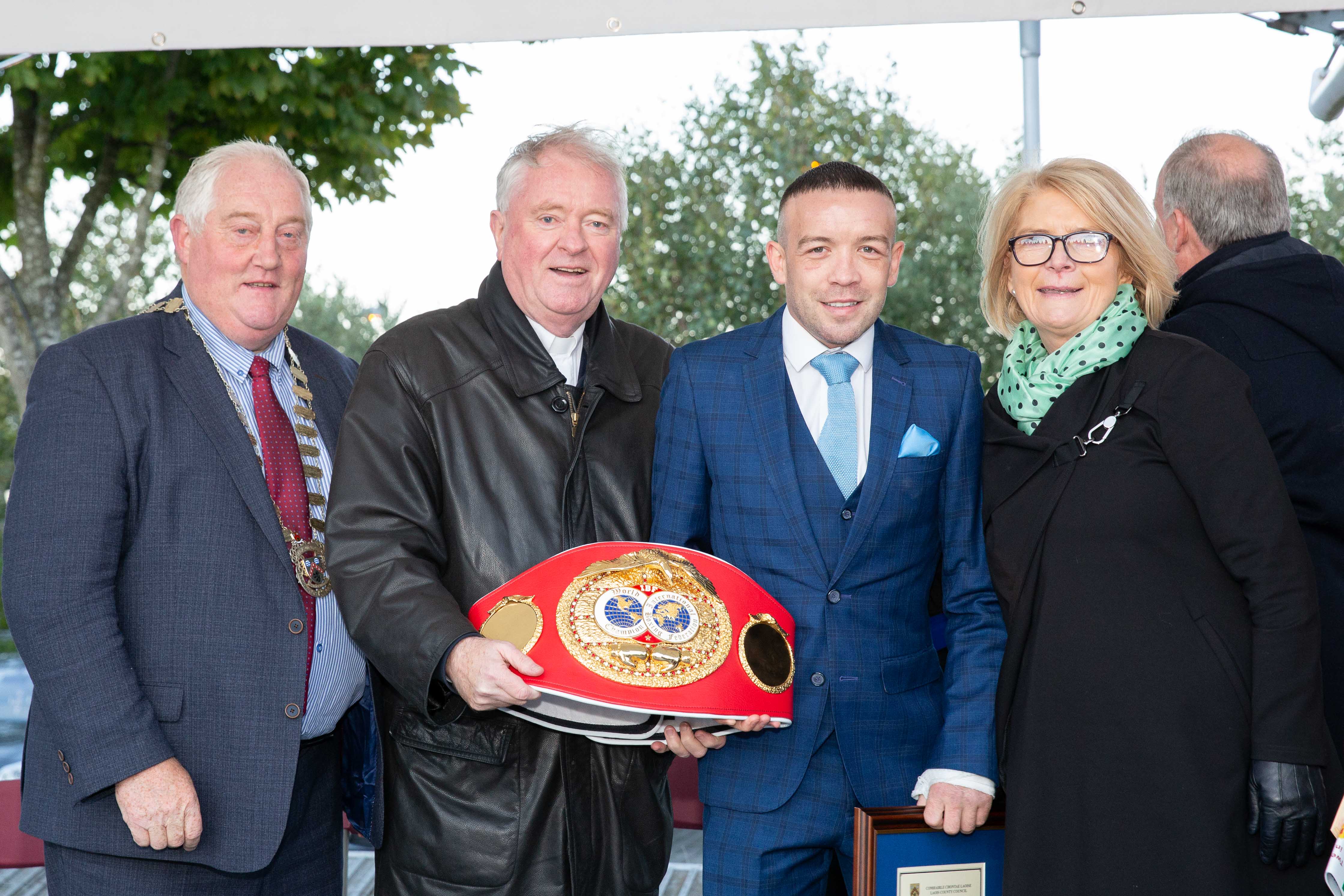 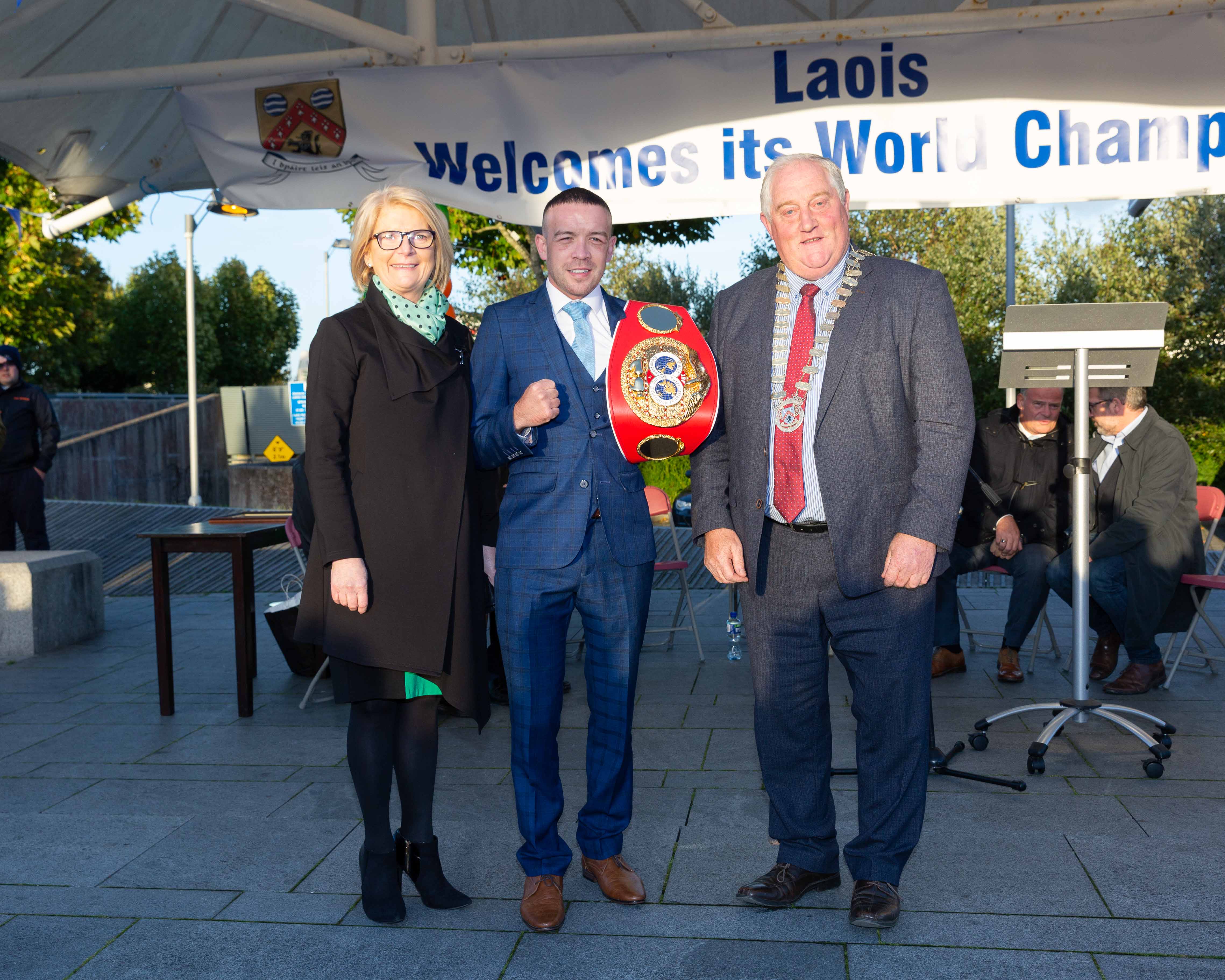 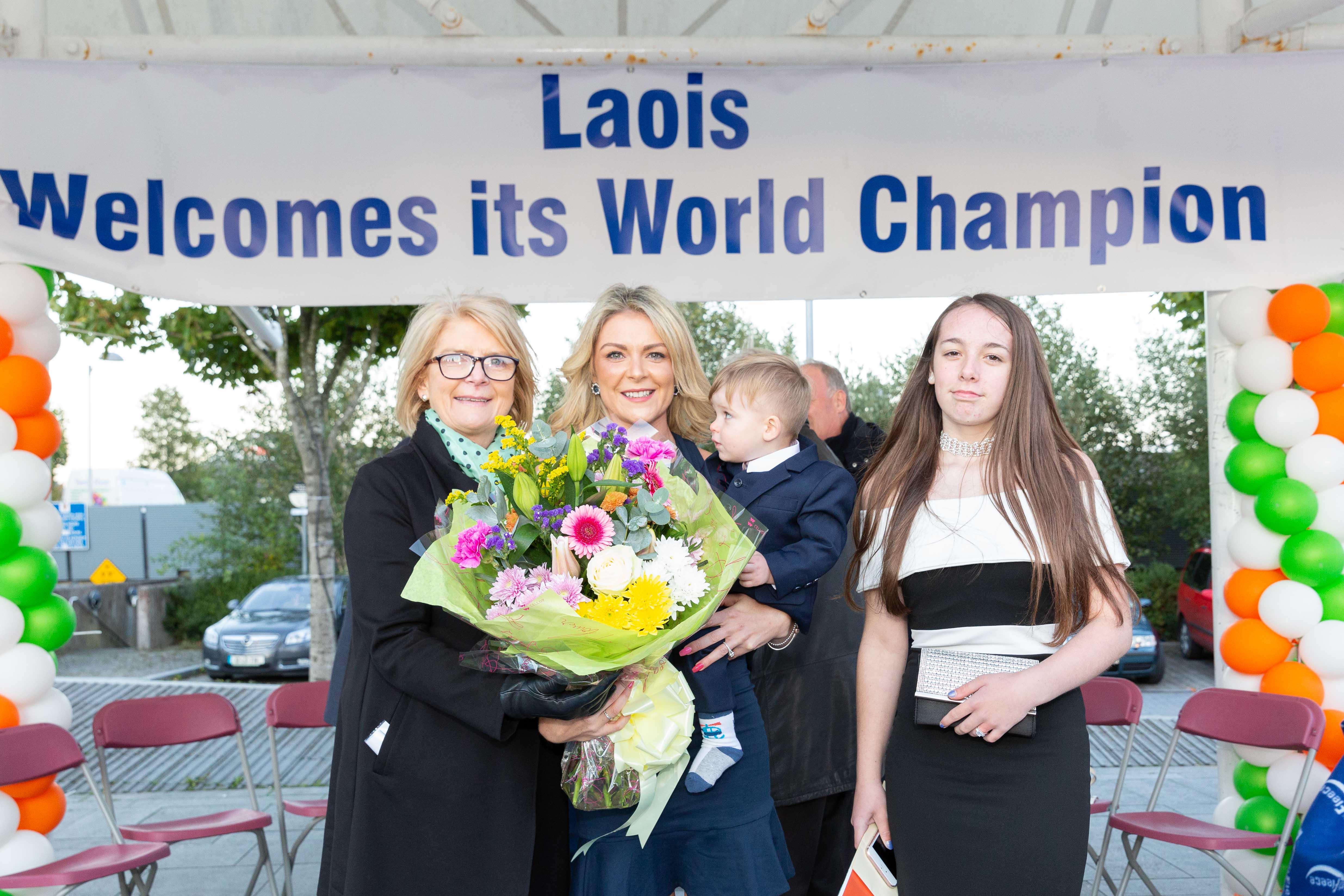 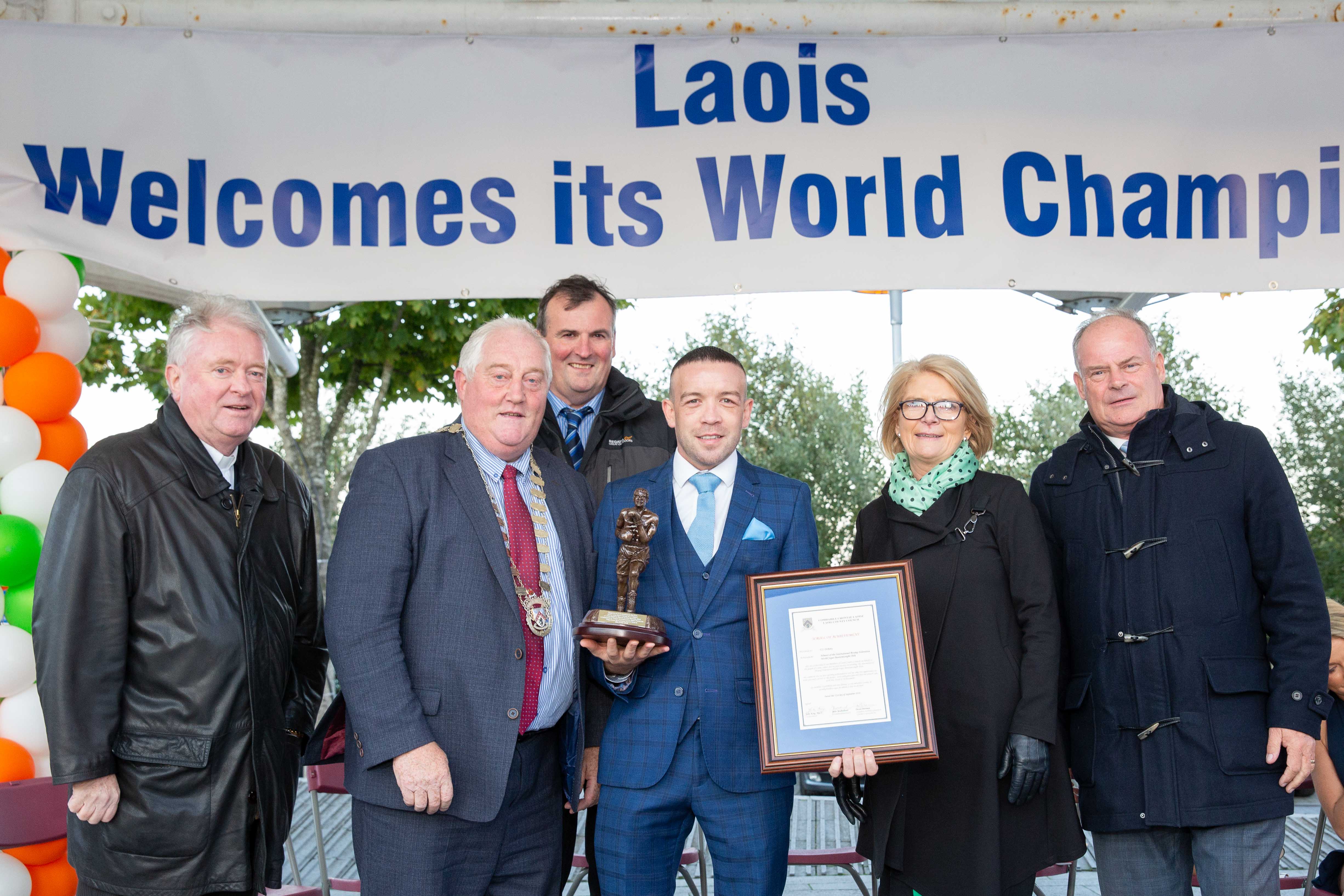 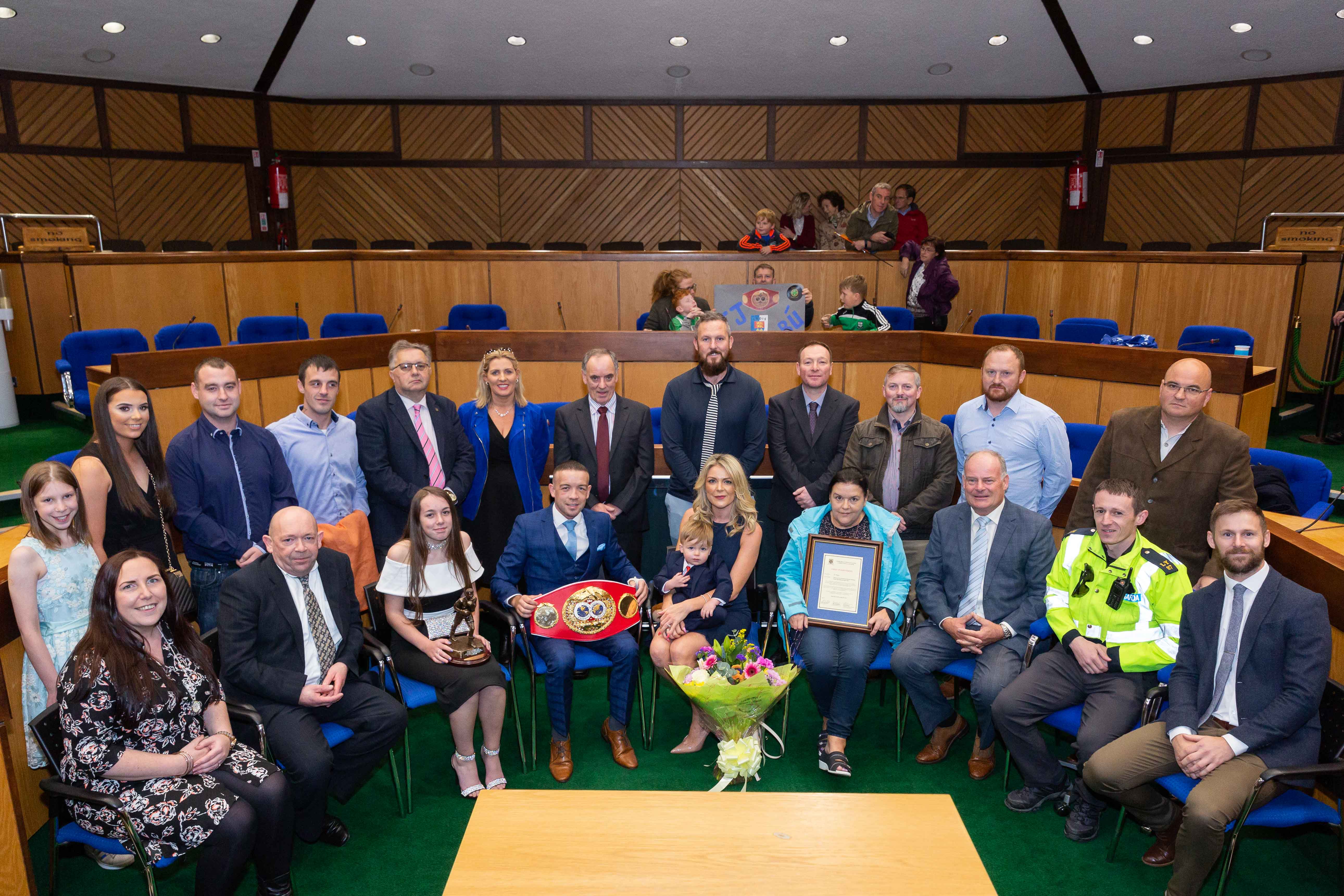 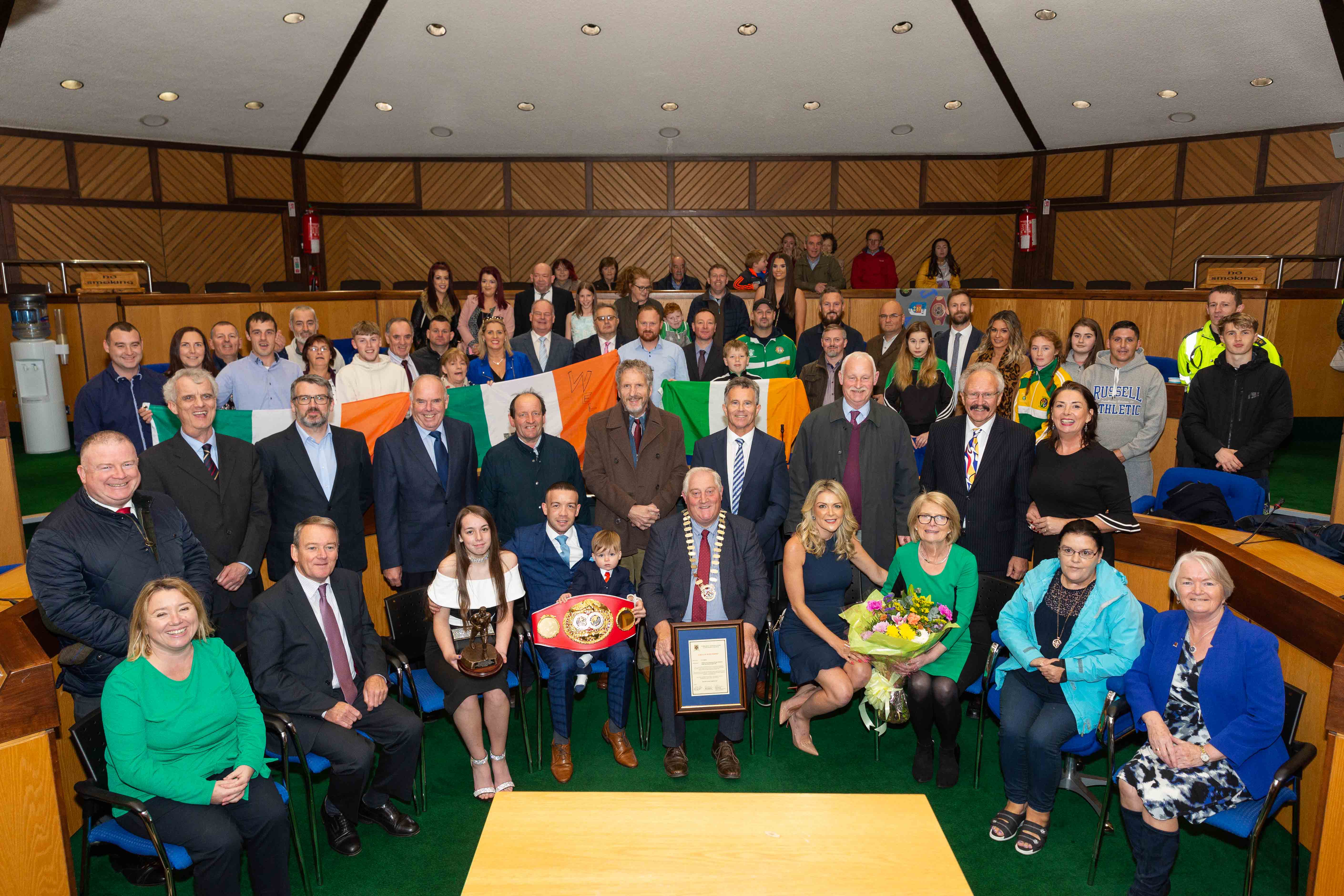 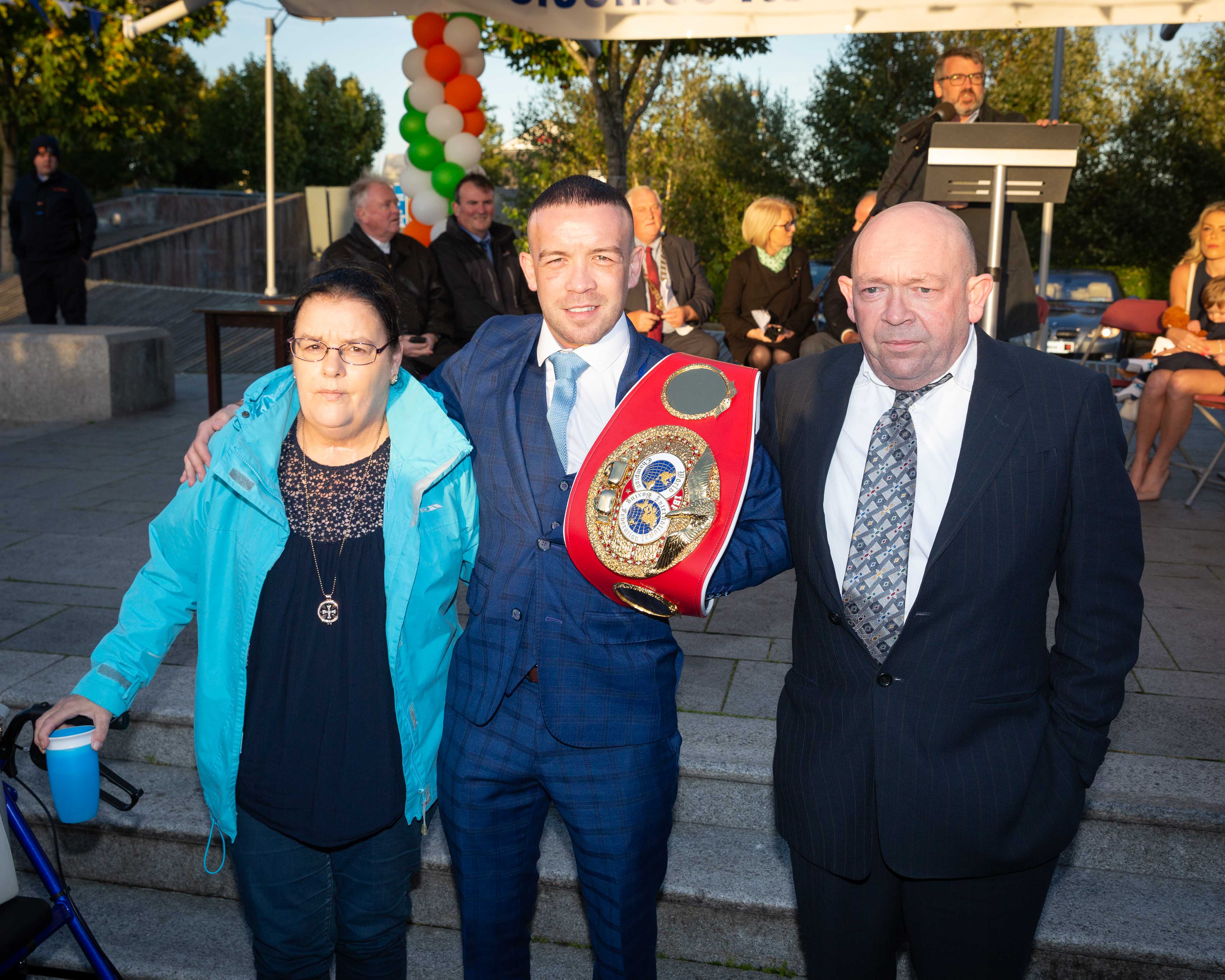 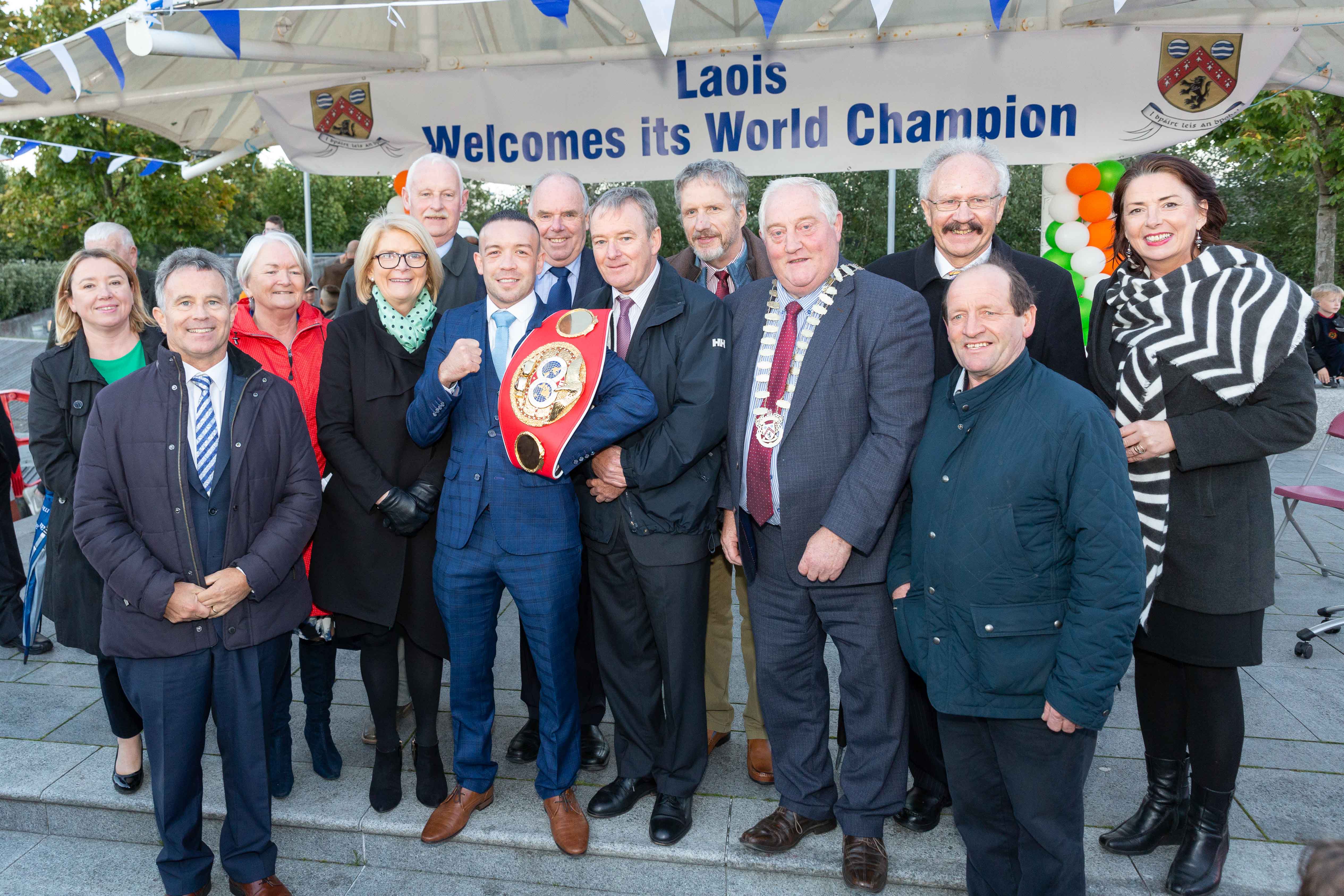