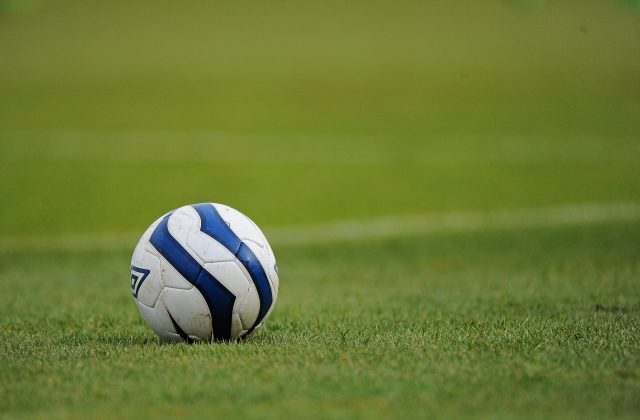 The local soccer season continued around the county with Rosenallis, Towerhill Rovers, Clonaslee, Stradbally Town and Mountmellick Utd all taking to the pitch.

We also have all of the weekend results listed below.

Two Laois sides went head to head this morning where they came away with a draw match after a last minute penalty from Towerhill made it all square.

Paul Sutton missed an early chance for Towerhill in the first half but Rosenallis goal keeper Paul Friel won the 1-on-1 contest. Rosenallis’ Donagh Calally and Shane Farrell scored to put their side up 2-0 at half time.

An opportunity for Towerhill’s Darlington went just past the post and wide and it was James Furlong and Darlington who levelled the game to see it 2-2.

Rosenallis took the lead again with a Mark Gorman goal but Towerhill pulled it back to a draw with a late penalty via Paul Sutton.

Clonaslee took on Coolraine in an entertaining game this morning where they were unlucky to level the game seeing them lose out by a goal.

A strong wind in the first 20 minutes helped to create chances for Clonaslee but Coolraine’s first attack of the game left them ahead at half time.

The win was secured for Coolrain in the final minute of the game when a deflection off of Niall Hogan found its way into the net leaving the score 3-2 at the end.

Mountmellick Utd travelled to Conor Davis Park this morning where they were defeated by a strong East Wall Rovers side.

The home side proved too much for the visitors in the opening half as the first goal was conceded after Mountmellick failed to clear their lines and a low shot from East Wall beat goalkeeper Matsy Forde.

The second goal came from East Wall’s centre forward to see the Laois side down 2-0 at half time.

Mountmellick worked hard in the second half improving their game hugely however were unable to covert chances from Lee Collins, Robbie Hibbitts and Gary Donoher which were stopped by an excellent East Wall goalkeeper.

East Wall overcame a much changed Mountmellick side by a 2 goal margin at the final whistle.

Stradbally Town saw themselves back to winning ways in this morning’s Leinster Junior Cup where they overcame their Dublin guests having previously suffered multiple defeats in the league.

In previous games, the side were missing players due to GAA commitments however this morning saw the squad back in full swing with Jody Dillon and Billy Murphy in top form.

Stradbally were off to a great start and were on top in the first half with a header from Jody Dillon finding the back of the Darndale net. Liam Knowles was next to follow suit with a great finish.

Darndale hit back with goal just before the break to leave the Portlaoise 2-1 up at half time.

Darndale put Stradbally through their paces in the second half just missing a chance to draw the game but the home-side fought back with an 88th minute goal from Jack Langton to secure a spot in Round 2 of the cup.