Portlaoise Camogie laid down another marker on the Laois Camogie scene as they overcame a spirited Harps side to claim the U-16 ‘A’ title in Errill on Saturday.

The final was a credit to both teams and mentors as the quality of Camogie on display was of the highest standard despite the wet conditions. 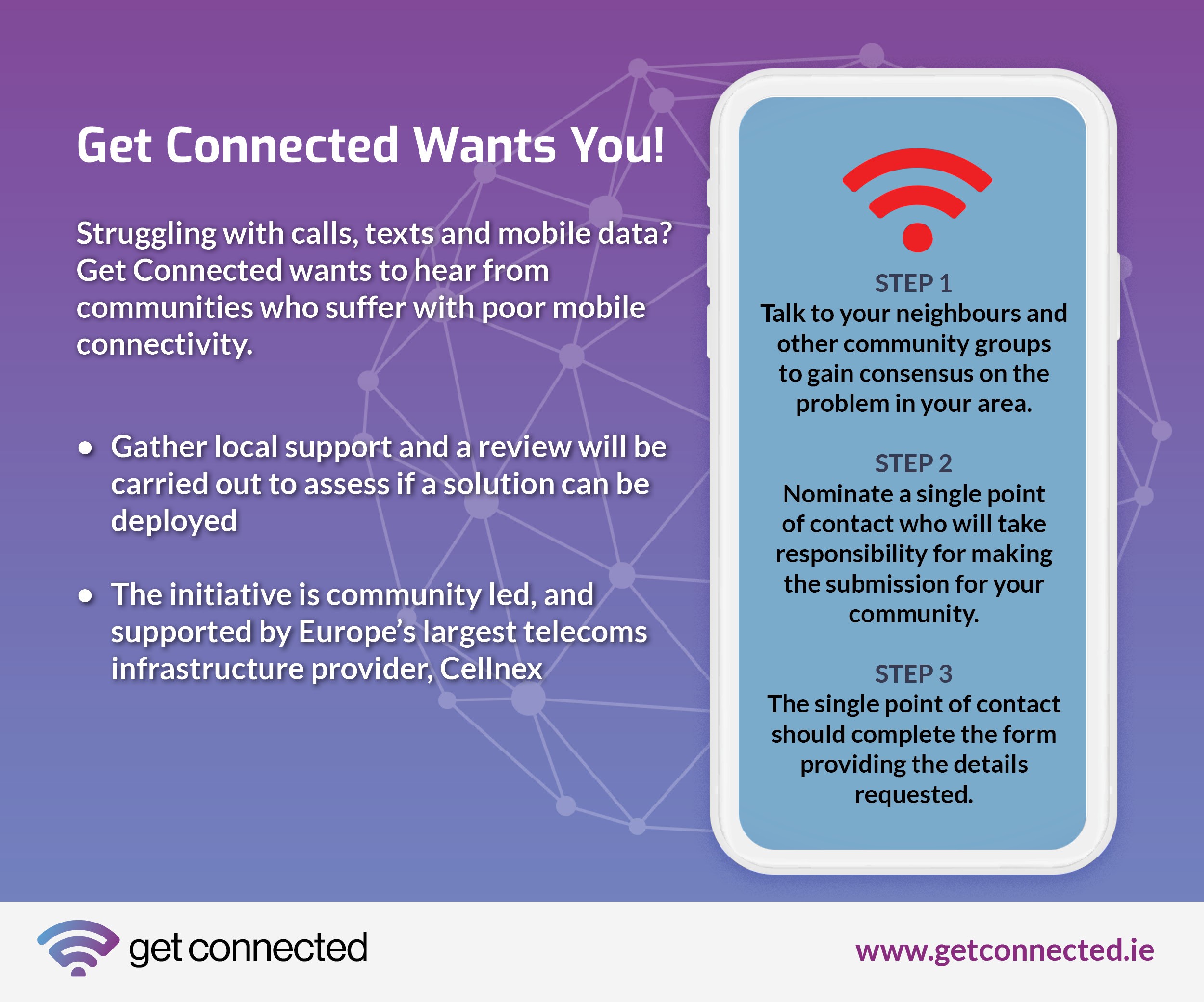 Portlaoise were first off the mark with a point from Grainne O’ Reilly, however it was to be the Harps that were the dominant team for the next fifteen minutes as they scored 2-1 without reply. At this stage it was difficult to see how Portlaoise could survive.

Portlaoise rallied and the unmarkable Shauna Dooley raised the green flag. It was this goal that woke Portlaoise.

Another Goal from Shauna Dooley quickly followed by a glorious point from put Portlaoise into a slender lead. Portlaoise began to move through the gears and with goals from the mercurial Susie Delaney and the industrious Aoibhe O’Brien, Portlaoise went into the half time break leading 4-2 to 2-1.

In the second half Portlaoise were in control in most areas of the pitch and this was reflected on the scoreboard. The relentless Harps, to their credit, never gave up.

Despite the Harps being a very young team the quality of their Camogie and tenacity on the pitch augers well for them in the future.

Niamh Graham was excellent in the Portlaoise goals, her decision making and distribution to the excellent midfield partnership of Grainne O’Reilly and Regina Obbulafur laid the foundations of many a Portlaoise attack.

Portlaoise continued to keep the scoreboard ticking over with scores from Susie Delaney and Grainne O’Reilly. The introduction of Rachel Glynn and Ashling Fleming was a master stroke as both girls caused havoc in the Harps defence, with Rachel Glynn scoring two super long distance points.

The effervescent Rebecca Reddin was a constant thorn to the Harps defence. Aileen O’ Neill, Aoibhe O’Brien and the electric Aoibhean Dalton worked tirelessly for the team and was representative of the work ethic that this Portlaoise team have in spades. Portlaoise ran out convincing winners on a score line of 6-7 to 2-2 and claimed the U-16 ‘A’ title.

Portlaoise Camogie Club would like to acknowledge the commitment of Ciara Byrne and Shauna Dooley who missed out on their international Cap presentation from Basketball Ireland.

Both girls chose to line out with their teammates and friends to win the U-16 Cup for their Club, Portlaoise. Ciara and Shauna represented Ireland at the European U-16 Championships in Montenegro in August. 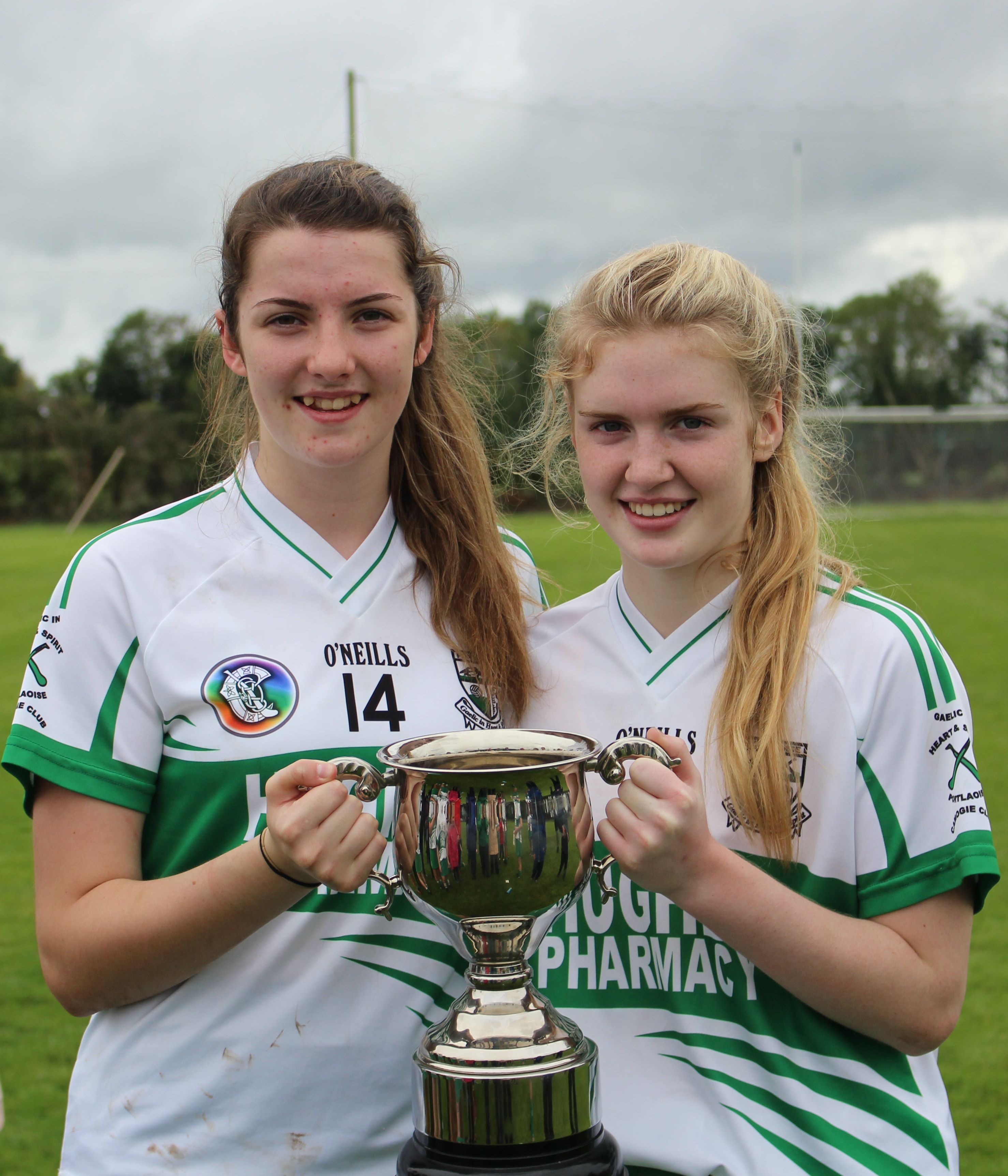 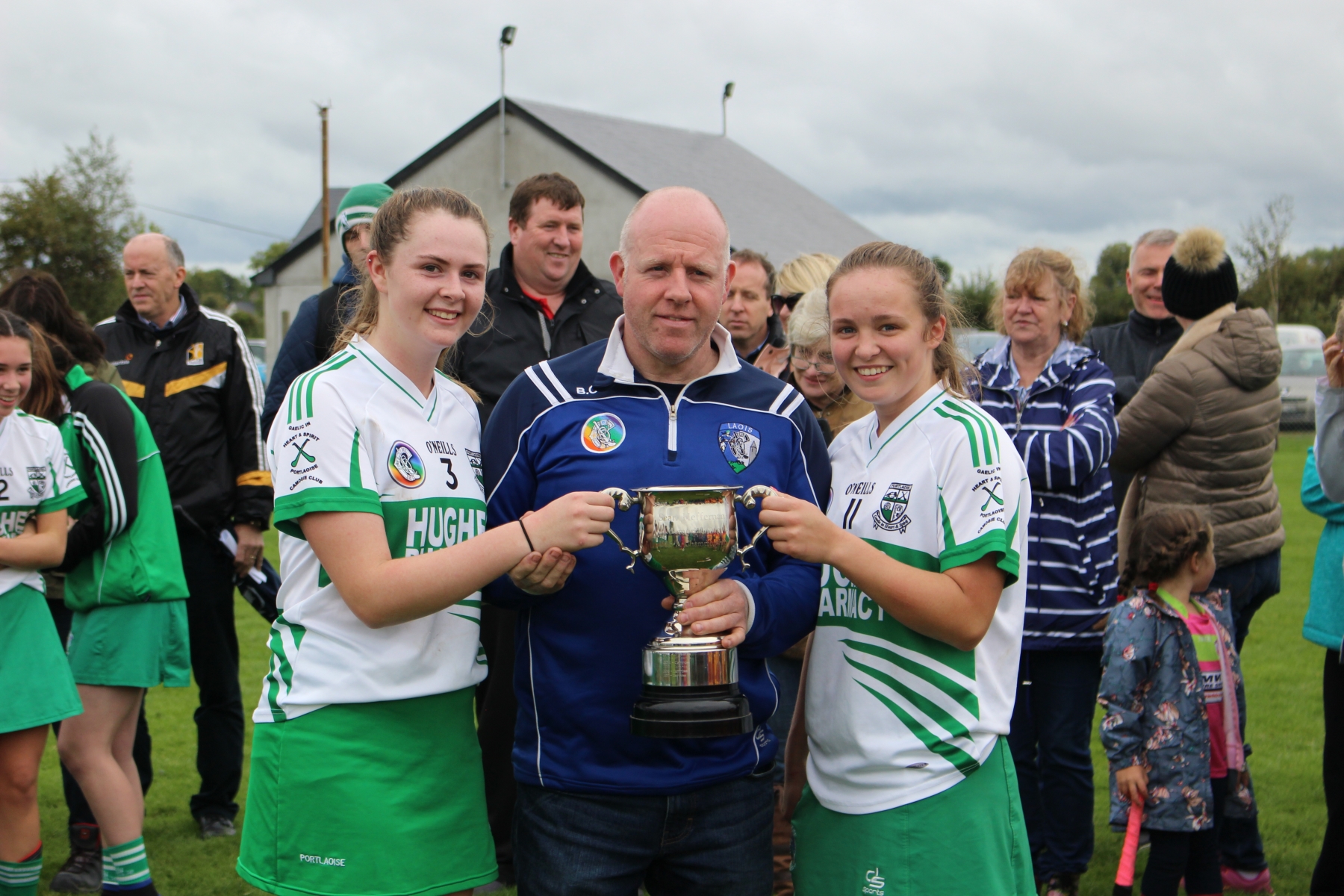