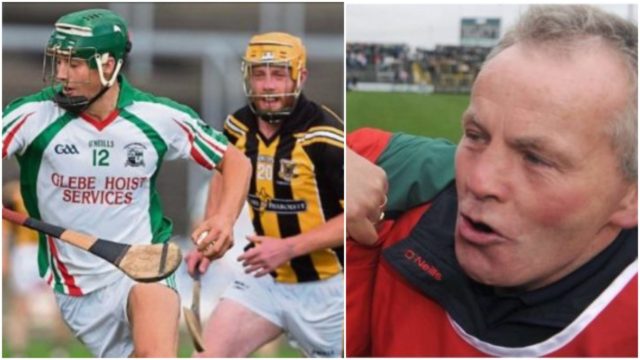 As is well-documented, this Sunday will see Rathdowney-Errill and Camross go head-to-head in the senior county final.

One of those most looking forward to the finale is Rathdowney-Errill manager John Delaney.

The Errill man was appointed as manager this year, and is vying to bring the Bob O’Keefe cup back to his hometown for the first time since 2014.

No stranger to the big days

Delaney knows all about the hype surrounding big matches, as he won Laois championships with Errill and hurled for Laois in the 1980s. Delaney was also a selector with the 2008 team that won the senior championship.

Another man who is no stranger to final showdowns is fitness coach and Toomevara man Bertie Sherlock. Sherlock was previously worked with Davy Fitzgerald in Waterford, Ballinakill and with Rathdowney-Errill for a time, and is heading into being involved in a staggering 50th county final this weekend.

“There’s always a great buzz around the place when you get to a county final,” said John. “It cheers everyone up and gives a great lift to the area.”

John admits his side are ‘quietly confident’ and with six players of the winning 2006 side still involved in the team, John and Bertie aren’t the only ones that know all about big finales.

“I was looking back on a photo of the 2006 side last night. Brian Campion, Shane Dollard, John Purcell, Joe Fitzpatrick, Alan Delaney and are all still involved,” said John.

Proud of his side

“They’ve put in everything,” said John. “I couldn’t ask any more of them. They’re a great credit to themselves.”

Looking back on the past two years, it seems as if this Rathdowney-Errill side have showed through potential in the latter stages of this year’s championship.

They were eliminated at the quarter-final stage in 2017, and their opening round of this year’s championship proved to be a nail-biting affair against Clough-Ballacolla, where a Willie Hyland injury-time free left the sides with a draw.

Rathdowney-Errill then met a Camross side who were coming in off the loss of an unexpected defeat against Castletown Gaels, and were rallied to put this defeat behind them.

John says that the turning point was the return of a number of high-calibre players to the side, including Ross King, who was in America and Brian Campion and Joe Fitzpatrick – who were out with injuries. “We had eight lads involved in the county set-up and three in with the U21s,” said John.

His side stepped up to the mark in the final group game against Castletown Gaels and Abbeyleix in the quarter-final, where they recorded a staggering 26 and 28 points in each match.

One of the players who has shown huge drive has been the young corner-forward Ray Bowe. Ray scored in incredible 1-5 in his first championship match against Abbeyleix, and John says the young man is, ‘coming in well to the side.’

While the Rathdowney-Errill is assured of his players’ abilities, he finishes on a wise note: “It’s a final, and the best team will win on the day.”

Rathdowney-Errill face Camross in the senior hurling final in O’Moore Park on Sunday, October 7 at 4pm.