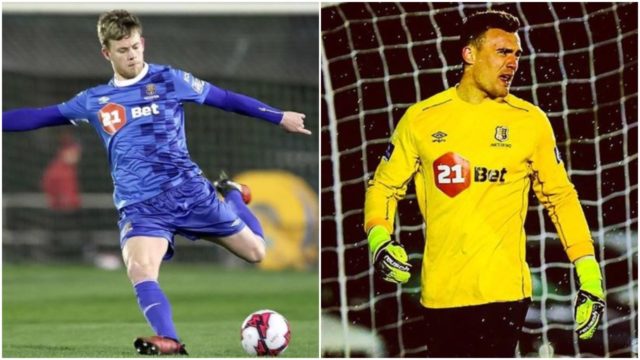 Two Laois lads will be hoping to make their mark on the European scene in 2019 as Waterford FC qualified for European football last night.

Stradbally’s Garry Comerford and Clonaslee’s Niall Corbet play for the League of Ireland Premier Division side.

They won the First Division last year and will now enter the qualification stage for the Europa League next year – and they did it without kicking a ball.

The winners of the league, who are Dundalk, go into the qualification for the Champions League while second and third placed teams go for the Europa League.

Waterford currently sit fourth in the table and the fourth European spot usually goes to the team that win the FAI Cup.

However, thanks to Cork City, who sit second in the table, defeating Bohemians in a semi final replay last night, it means they will face Dundalk in the Cup final.

And as both of those teams are already assured of their place in Europe due to their league positions, Ireland’s fourth representative will go to the team in fourth in the league – Waterford.

There are still three games to play in the league this season but Waterford can finish no lower than fourth meaning that Comerford and Corbet will be heading off across the continent next season.