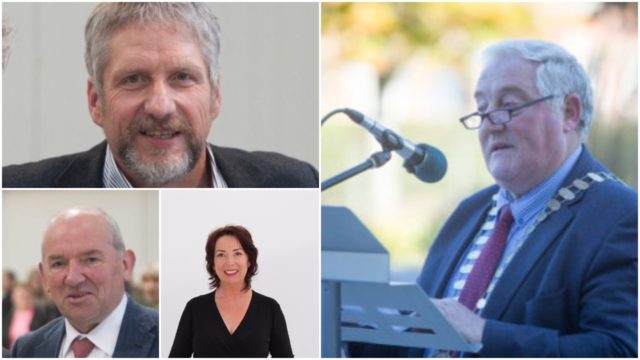 The matter, following the final between Camross and Rathdowney-Errill, arose at this morning’s Laois County Council meeting.

Cathaoirleach John King, father of Ross, raised the issue as he proposed a meeting with different clubs in Durrow to discuss safety in hurling.

“We have to stamp out the troubles coming into the game. Otherwise we haven’t any future for hurling in Laois,” said cllr King.

‘Against spirit of the game’

Cllr Brendan Phelan said the incident was, ‘totally against the spirit of the game,’ and wished Ross the best in his recovery.

“He is a role model – not only for Rathdowney-Errill and as captain of the Laois team. He has made every effort for his county,” added Cllr Phelan.

Cllr Pauline Madigan offered, ‘Any support we can,’ and spoke about pictures arising on social media after the incident.

“To see what happened was beyond disgraceful. Those that I have talked to have not found it one bit funny. You don’t kick a man or woman when they’re down,” said cllr Madigan.

Cllr Noel Tuohy also offered his well-wishes to Ross in his recovery, calling him, ‘one of the finest sportsmen we have’.

Cllr King concluded that the purse of calling the meeting with different clubs is so that people can, “Pull together and work together to have sport enjoyable for all.”