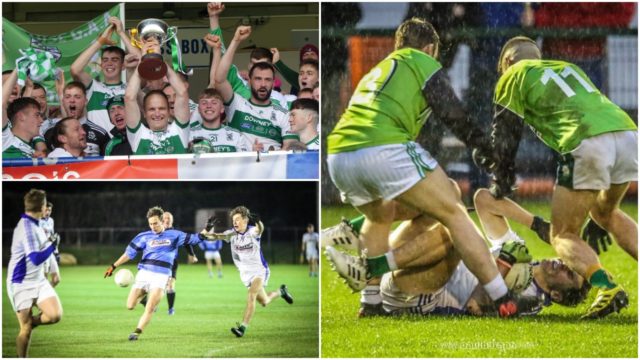 An extremely busy weekend of GAA is ahead of us – and it all gets underway this afternoon.

Portlaoise begin their Leinster hurling campaign away to Wicklow champions Glenealy in Aughrim at 1.30pm.

And then attention switches back to Stradbally where the Laois GAA Divisional football finals will take place.

Here, we look ahead to all three games.

The Senior A Hurling Championship in Laois came to a conclusion a few weeks ago as Portlaoise defeated The Harps to claim the cup.

Laois’s Senior A champions and Wicklow’s Senior champions play in the Leinster Intermediate competition – hence their meeting at this stage.

When Portlaoise were in this competition in 2015, they went down to eventual defeated finalists Kiltale of Meath who lost out to Bennettsbridge of Kilkenny.

Glenealy retained their Wicklow championship two weeks ago, defeating Carnew Emmets by 4-10 to 1-12 and have some very good players.

Portlaoise are still without Aaron Bergin with a broken collarbone while dynamic forward David O’Mahony is also out with a broken hand sustained in the final.

They will certainly be up against it but if Portlaoise can pull off a win, they will have a home semi final.

This competition has been run over the last month and has drawn great interest from players and spectators alike – with all funds raised going to the Kolbe Special School.

So tonight sees the culmination of the competition that Laois manager John Sugrue developed to assemble a panel for the 2019 season.

The Shield final is up first as the North East take on the West/North West in a bid for the first ever silverware in this competition.

The West/North West have struggled throughout and lost all three group games – with only fifteen players showing up for them in the last two of those.

The North East were without the O’Dempsey’s lads for the first two rounds and have not have any of the Courtwood players available to them either.

However, they defeated the West/North West easily enough when the sides met two weeks ago and it is difficult to see a different outcome tonight.

And the second game of the evening pits the two sides who have been most impressive to date against each other – the South East and the East Central.

The South East have blazed a trail thus far, winning all three games.

They were pushed very hard in their final game against the West/North West but defeated the North East and tonight’s opponents the East Central with relative ease before that.

The East Central had to defeat the North East in their final group game to seal a place here – which is exactly what they did.

The South East scored the final seven points to win the last time these two met and it is hard to see how they won’t replicate that result this evening.