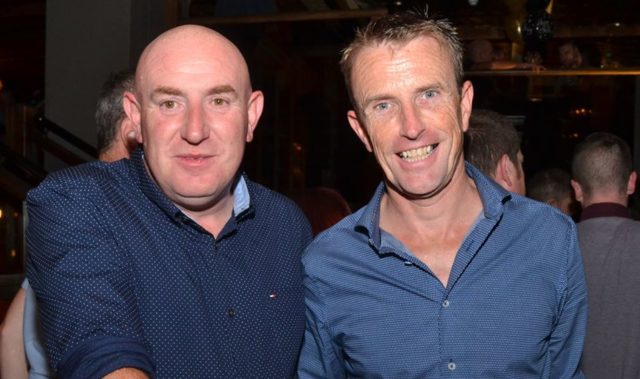 Bob Wynne moved to Canada a little under 30 years ago and has enjoyed life in Ontario ever since.

The Graiguecullen man spoke to us about how he made the move, changes he’s noticed since moving away and what he has learnt most since leaving Ireland.

How did you end up in Canada?

I work in the tool and die industry serving my apprenticeship and working in Lapple Ire in Carlow town. A company in Canada was hiring, I applied and that’s it.

What’s the best thing about living in Canada?

The diverse seasons, summers are great and the winters are cold but nice. Lots of snow. The people are also very nice and diverse.

Yes, lots. Used to be twice a year, now not so much.

Lots of changes. Ireland has also become very diverse. Towns have become very modern, larger shopping malls etc.. The east side has become more Americanised than the west I feel.

How beautiful Ireland actually is. I have seen more of Ireland since leaving than in my 24 years living. Also, Canada is so very multi-cultural it gives you a greater understanding of how all nations and ethnic groups can work together.

Going to the east coast of Canada and realising how they’re lifestyle is so like the Irish lifestyle was, music, fishing, socially etc.

Lots actually. I work with about 10 guys from home. Ireland played a huge part in Canada’s history so they’re there’s lots here.

Obviously family and friends. Irish sports and culture I still follow vigorously. I’m very proud of my country’s achievements on the international scene.

I don’t think so. I’ve got a son and daughter (born in Kilkenny’s St. Luke’s) I’m very proud of and 2 beautiful grandchildren. We all love Canada so I don’t see it in the future.