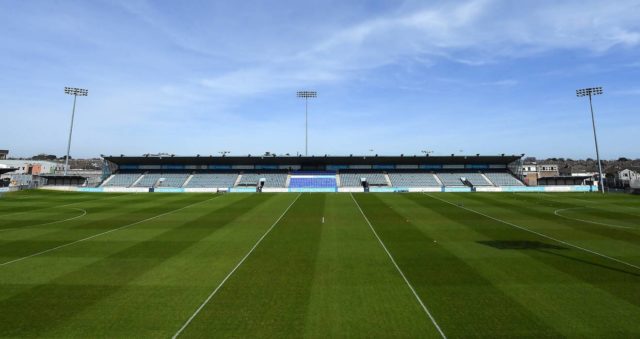 The big day has finally arrived for the Portlaoise footballers as they are here in Parnell Park.

It promises to be a great game as Malachy McNulty’s men bid to reach a second Leinster final in four years – with Kilmacud Crokes standing in their way.

The Dublin champions have proven a considerable stumbling block for Portlaoise during the last ten years so.

While Portlaoise beat today’s opponents in 2004, they have since played the Dublin champions on seven different occasions and have lost each time.

So today they will be hoping to rectify that and they are as well prepared as can possibly be.

On the injury front, there is mixed news. Laois wing forward Benny Carroll is understood to be struggling with the quad injury that kept him out of their Round 1 game.

There is better news regarding Gary Saunders who may just make it and he would provide manager McNulty with another option.

Kilmacud Crokes defeated St Judes in the Dublin final last month and went on to defeat Meath’s St Peter’s Dunboyne by 16 points in the quarter final.

Portlaoise defeated O’Dempsey’s to claim their 11th title in the last 12 years in Laois and then defeated Moorefield in the quarter final to reach this stage.

Throw in at Parnell Park is 2pm and you can follow all the action as it happens below: