Stradbally’s Jody Dillon has been named in the Irish Defence Forces football team for a huge competition that will take place this week.

The Irish Defence Forces are playing in the CISM World Military Games qualifiers in the Netherlands.

Six European teams are battling it out for three spots, to qualify for next year’s competition in China.

Ireland will face France and Lithuania, knowing their spot is guaranteed if they win the three-team group.

Second-place could also be enough for Dillion’s side.

The Irish Defence Forces played warm-up games against local opposition winning seven of their nine matches and drawing the other two before heading to Holland – with Dillon showing good form, scoring in several of them.

Dillon, who previously played for Portlaoise AFC, is now back playing for his native club Stradbally Town in the CCFL.

The striker is joined on the team by a host of players who have League of Ireland experience.

Cheif among them is Aidan Friel who will captain the side in the Netherlands, having been part of the Finn Harps side that won promotion to the Premier Division earlier this year.

The squad are based Harskamp in the Netherlands and have their opening match on Wednesday against Lithuania before facing France on Friday. 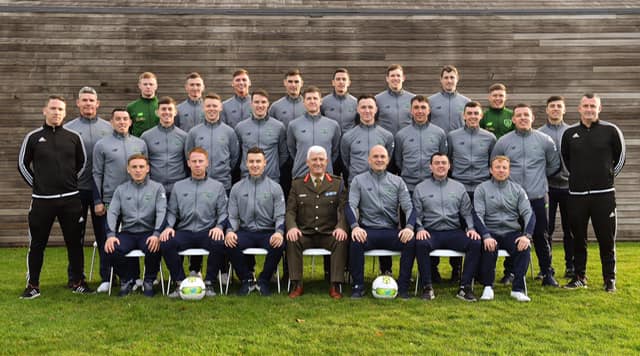 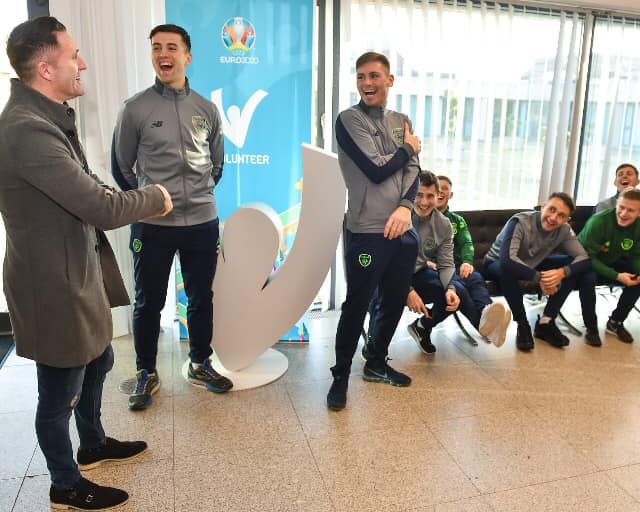