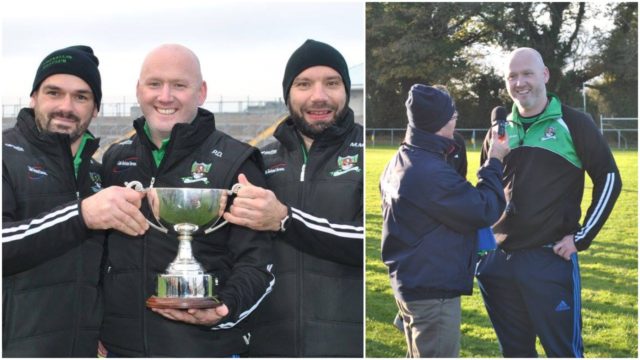 The man who helped lead Rosenallis to Laois and Leinster junior football titles in 2016 is back at the helm for his home club.

Paddy Dunne, who played with Laois at underage level, managed Rosenallis in 2016 and 2017, and takes over the role from Ballyroan native Johnny Irwin.

Dunne is a story in himself. During his playing career, he broke his right leg six times in the space of five years while playing football and soccer.

Paddy transferred from the Rock back to Rosenallis where he played for two years before injury struck again.

He ruptured his anterior cruciate knee ligament and with that, ended his playing career.

However his love for football was rekindled when he took on the managerial role for ‘The Village’ at junior and U21 level.

Paddy decided to take up MMA after years of admiring the sport and as a way to keep fit after taking a break from football.

It is not yet known who his selectors for the year are, however there could be the option to bring back the highly successful management team made up of Dunne, Kenny Farrell and Mick McEvoy.