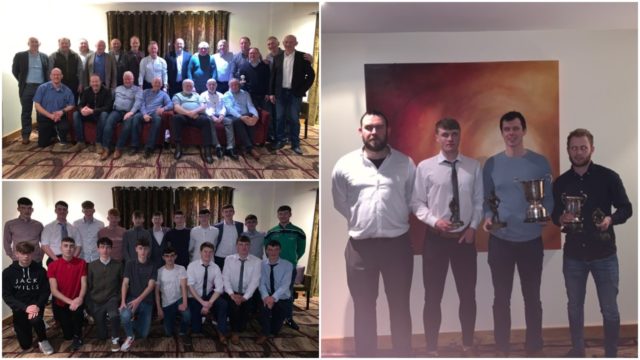 The Carlow border club named their players of the year and also honoured the Killeshin members of the Killeshin/Crettyard U-19 team who won the ‘B’ championship final last week.

They defeated Rosenallis by 4-5 to 0-15 with goals from Ross Bolger, Lee Dunne and Colm Dunne proving crucial.

Impressive forward Michael Doran, playing senior football for the first time this year, was named young player of the year.

Meanwhile, the club also celebrated 25 years since they won the Laois IFC title back in 1993.

The Mick Malone captained side saw off The Rock by 0-7 to 0-6 with Eddie Malone’s late point proving the winner.

That team had a reunion on the night to remember that great success.

Thanks to Claire McHugh for sending these pictures our way: