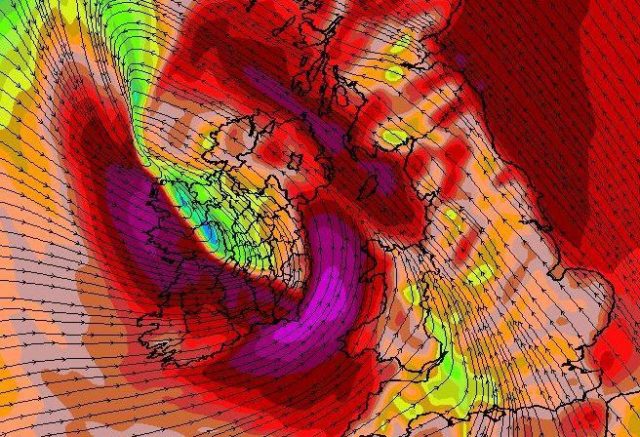 We have the first sporting casualties of Storm Deirdre.

The Laois senior footballers clash with Wexford in the O’Byrne Cup has been postponed due to the bad weather.

The venue for this game had been changed a number of times from Enniscorthy to New Ross – and it was due to be back in Enniscorthy at 2pm this afternoon but has now been called off.

There are two other games down for decision today but it would seem unlikely they will be able to go ahead – and one one of them is gone.

The U-21 hurling semi final between Abbeyleix Gaels and Camross, which was due to take place in Shanahoe, is off and will be refixed for Monday night at 7.30pm in the LOETB Centre of Excellence.

Meanwhile, the refixed U-21 football championship Round 1 game between Portlaoise and Graiguecullen is due to take place at 7pm tonight in Graiguecullen.

The two finals that were due to take place this weekend were postponed during the week.

The U-19 final between Portarlington and Emo-Courtwood was due to take place on Friday but that was called off and is to be refixed.

Meanwhile, the U-21 ‘B’ football final between O’Dempsey’s and The Heath, scheduled for Sunday, will now take place on January 6.

The fourth storm of the season is set to hit us today and Met Eireann has issued a warning.

Storm Deirdre is set to hit us this afternoon with the national weather forecasting issuing a status Orange wind warning – their second highest level.

Forecasters have confirmed the storm will bring “disruptive and damaging gusts” of 130kph – hitting counties in the west and south in the afternoon before spreading our direction into the evening.

All the while, it is set to be extremely wet today with a status Yellow rainfall warning in effect for the whole country from this morning.