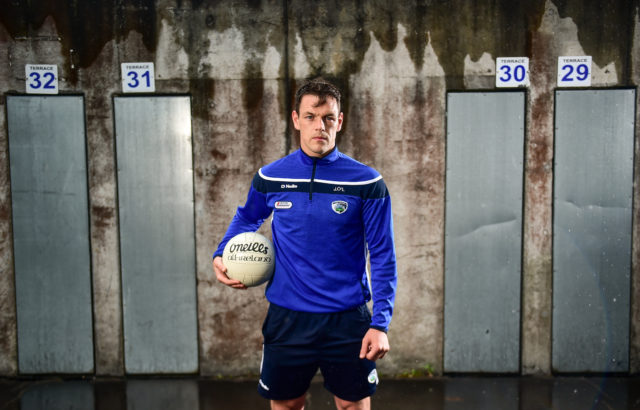 Despite representing Laois for a number of years, one of towering midfielder John O’Loughlin’s favorite memories comes from when he was a young teenager.

O’Loughlin joined us alongside Ross Munnelly where they reminisced on fond memories of Laois football, 2003’s Leinster final in particular.

O’Loughlin was only 14 when Laois won the Leinster final in 2003 – and was beginning to make waves with county underage teams. Four years later he won Leinster minor and U-21 titles but on that day in 2003 he watched the game from the stands and can vividly recall the celebrations afterwards.

“I remember being at the Leinster final year and I was in the Upper Canal and then the race down the ramp to get on to the pitch.

“I don’t think we appreciated it enough as a county,” said O’Loughlin during a video interview with Laois Today that will air in full over the Christmas period.

Speaking about the glory days of Laois football, the St Brigid’s player fondly remembered the atmosphere around the county saying:

“The stands were packed. You had to be at the matches. If you weren’t at the matches people would be like ‘what’s wrong with you?’

In the video, the Laois stars looked back at their earliest memories representing their county, the future of Laois football and much more.