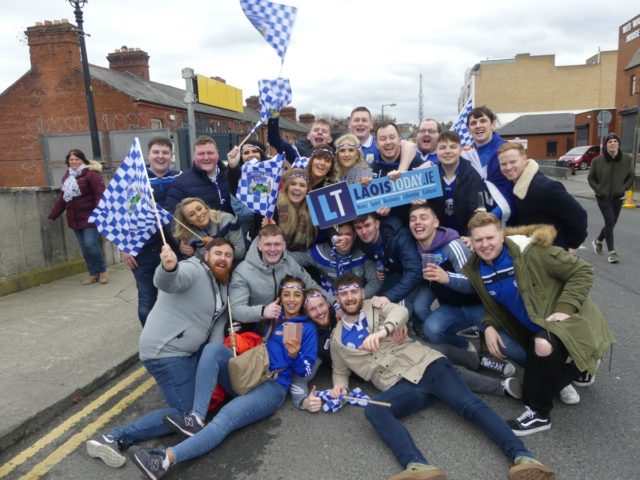 We were given a superb day out back in March when Laois claimed the division 4 title.

We were back in Croker then come June for a crack at the Leinster final and despite coming up short, it was a great year to be a Laois fan.

Brought to you in association with12 Acres Brewing

It might have only been Division 4 but it was a local derby, it was in Croke Park and there was silverware at stake.

Laois and Carlow don’t get enough big days out to be fussy about the level they’re playing at and with the chance of lifting a trophy in GAA HQ, there was a good atmosphere on Jones Road this afternoon as the Laois supporters made their way into the ground.

Having spent the winter travelling to places like London and Leitrim and hosting the likes of Limerick and Waterford, this was like getting an upgrade to business class.

Croke Park wasn’t heaving – indeed only the lower tier of the Hogan Stand was open to supporters – but Laois supporters were in high spirits beforehand.

Carlow made them work hard for the win – but Laois always had their noses in front and did just enough to win in the end on a scoreline of 0-15 to 0-11.

When captain Stephen Attride accepted the trophy afterwards from new GAA president John Horan, it was the first time that the Laois senior football team lifted a cup in Croke Park since that memorable Leinster final in 2003.

It was also the first time that the Laois seniors had won a game at the venue since the 2007 Leinster semi-final against Wexford.

Our photographer Julie Anne Miller was at the ground to meet supporters who happily posed for the cameras.

You can see her selection of photos here.