In April Geraldine Carthy from Timahoe was sworn in as District Court Judge at a ceremony in Dublin.

A Timahoe solicitor was sworn in as a District Court judge at a ceremony in Dublin yesterday.

Back last month, we broke the news that Geraldine Carthy had been chosen for the role.

Minister for Justice Charlie Flanagan secured Cabinet approval to make a number of appointments, including those of senior counsel Denis McDonald to the High Court, and solicitors Mary Cashin and Geraldine Carthy to the District Court.

Ms Carthy was educated at NUIG. She practices primarily in family law, including childcare proceedings.

She is formerly of Reidy Stafford Solicitors, Kilcullen County Kildare and her husband Noel Daly is Principal of Portlaoise College.

A member of Law Society, Kildare Bar Association, and the Kildare and West Wicklow Collaborative Family Law Group, Ms Carthy is an honorary treasurer and a member of the Executive Committee of the Family Lawyers Association of Ireland.

She was formally sworn in at the Supreme Court and it is understood that Judge Carthy will initially deal with Family Law in Dublin.

Judge Carthy is pictured with her former partners Patrick Reidy, Andrew Cody, Elaine Cox, Tome Stafford and Eva O’Brien, and also with her Husband Noel and children Grace and Liam. 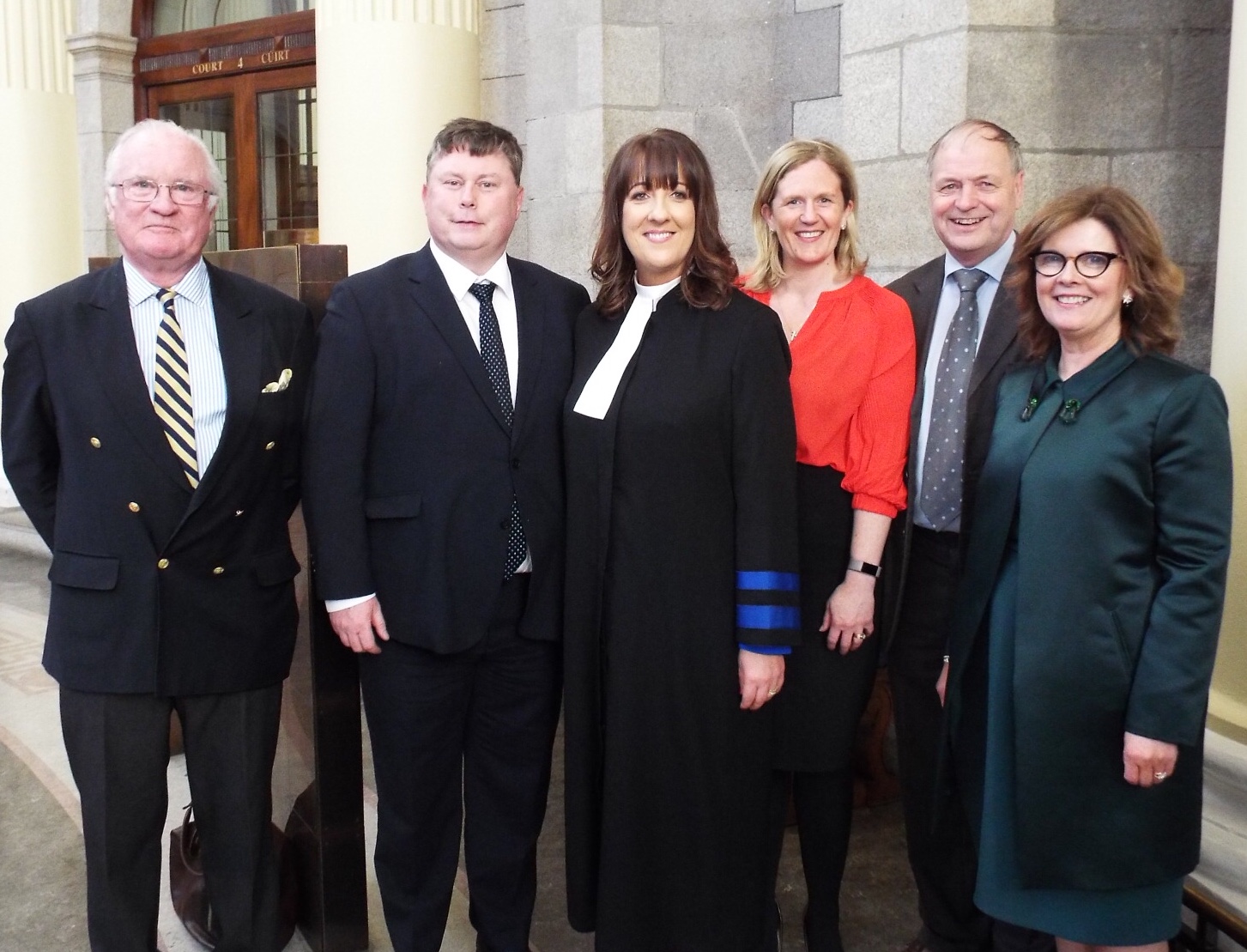