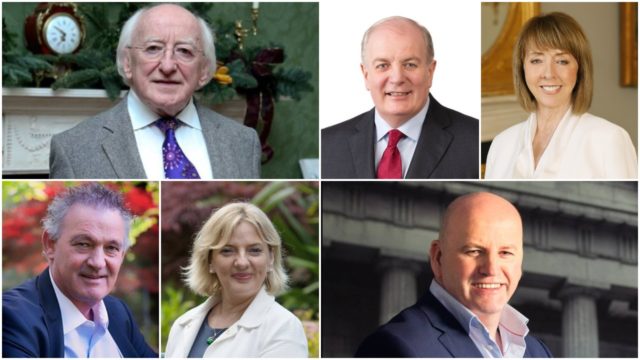 We were surprised by the rise in support for Peter Casey after his controversial comments on the travelling community.

It turns out LaoisToday’s prediction that Casey would be the runner up was correct as he received 23.25% of the votes, finishing in second place. He will be releasing a project with Newstalk in the new year.

Last week, it looked like Michael D Higgins would cakewalk his way back to the Aras for a second term as President of Ireland.

However, it now appears that one of the candidates has garnered some support to make this into something of a contest.

Peter Casey, the entrepreneur famous for his time on Dragons Den, made some controversial comments about the Travelling Community and our social welfare system.

Speaking on Independent.ie’s podcast, he claimed Travellers should not be recognised as an ethnic minority because they are “basically people camping in someone else’s land”.

The businessman launched a lengthy attack on the community, arguing: “They are not paying their fair share of taxes in society.”

Casey then claimed that Ireland had become a ‘welfare state’. Writing an open letter in the ‘Sunday Independent’, Mr Casey took aim at what he sees as Ireland becoming a “nation of people who expect – no, demand – that the State looks after them”.

Before Mr Casey made those comments, he was averaging around 1 and 2% in the polls. While he faced a severe backlash for what he said, it now seems that he has actually managed to get some support.

So to gauge the local opinion we asked our readers – across some of our social media platforms – what way they intend to vote in Friday’s Presidential election.

Over the course of 24 hours, from 1pm on Monday of this week to 1pm on Tuesday, we ran polls on our Facebook, Instagram and Twitter pages.

While we acknowledge that this isn’t a scientific poll for a number of reasons – people could vote on each platform if they wished; some people could have been under 18; social media is more heavily weighted towards younger people; and we were constrained on the number of options we could offer on Facebook, Instagram and Twitter – it is a significant straw poll at this moment in time.

As Michael D Higgins had an overwhelming lead in the polls ran nationally, we asked people to choose between him and any of the other candidates on Facebook and Instagram as we were only permitted to give people two options on those platforms.

On Twitter, we were allowed to give four choices so we allowed followers to choose between Higgins, Sean Gallagher, Peter Casey and any of the others.

In total 1,683 votes were cast in the 24-hour period. This is far less than the 2,752 votes that were made when we ran a poll on the abortion referendum – and tallies with current indications that the turnout will be far lower on Friday.

Instagram had the most amount of votes with 767 cast and Michael D Higgins got 64% of the vote while the other option, all of the others, got 36%.

On Facebook, where only two options were available once more, 598 votes were cast with any of the others gaining 56% of the vote in comparisons to Michael D Higgins’ 44%.

Here, a high number of people in the comments section indicated their preference for Peter Casey.

The most interesting poll was on Twitter where we were able to add more options to the vote.

And here, Peter Casey actually did better than Higgins. He got 43% of the vote with Higgins on 42%. Sean Gallagher was on 6% while any of the others remaining gained 9%.

So what does it all mean? Well, we still reckon Michael D Higgins will be named as the tenth President of Ireland this weekend – but not by the margin it looked like it would be during the week.

Our poll also shows that Peter Casey, who was polling last in the race last week, may well end up as the runner up in the end.

But, as the politicians are well able to tell us, polls can be very unreliable and the only poll that matter is the one that is announced on Saturday.

Voting in the Presidential Election begins at 7am this coming Friday, with polls closing at 10pm.