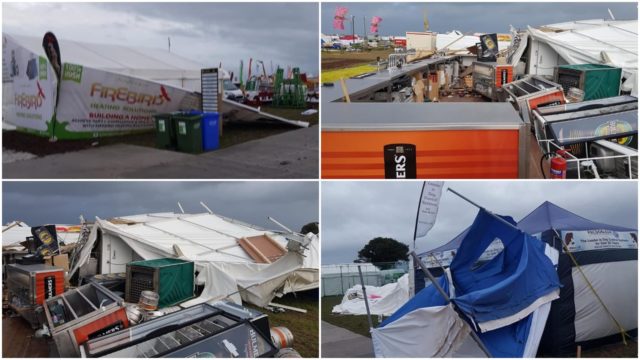 The last 18 months have brought all sorts of weather. Storm Ophelia in October 2017, incredible floods in November 2017, The Beast from the East/Storm Emma in February/March of this year, searing heat throughout June and July and then Storm Ali in September.

It was that same Storm Ali that caused consternation on the middle day of the National Ploughing Championships in Screggan in Offaly.

And our breaking story that it was cancelled that day drew visitors to our site from all corners of the country.

The event later had an extra day added on the Friday but that Wednesday was a disaster for all concerned.

This is the news that nobody wanted to hear.

Day 2 of the National Ploughing Championships has been cancelled due to Storm Ali.

Organisers made the decision siting Health and Safety concerns.

It is believed that a lot of structural damage has been done to the site due to the gale force winds that battered.

It is uncertain at this stage whether the event will be rescheduled for Friday.

“We thank the public for their understanding.” Connacht Agri Supplies have shared a video on their Facebook page which demonstrates the scale of the damage.

They have also taken a host of pictures which demonstrate just how bad things are on the site.