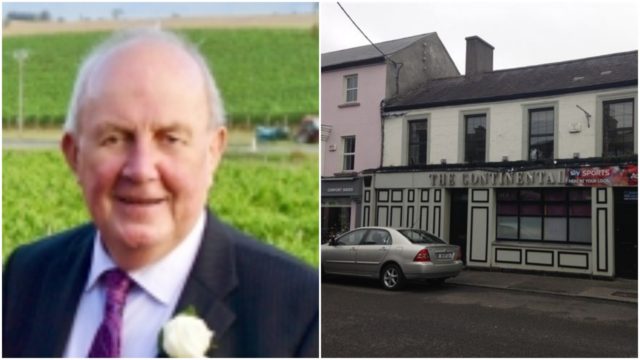 Tributes have been paid to well-known Portarlington businessman Pat Flanagan.

Originally from Johnsgrove, Rosenallis, Pat later lived in Killenard with his wife Mary and their children Sinéad, Fergus, Garrett, Conor and Niall.

Pat was extremely well-known in the local community for running a series of successful businesses, including the Continental Bar in Portarlington as well as the Thatch Pub in Killenard.

He also ran a newsagent’s in Portarlington a number of years ago.

Local councillor Tom Muhall paid tribute to the late businessman. “I knew Pat for a quite a few years and he was always an out-and-out gentleman.

“He was a quiet man but always very interested in talking about business. Lord have Mercy on him and his wife Mary,” said cllr Muhall.

Pat is predeceased by his loving wife Mary, parents Thomas and Margaret Flanagan and brother Damien.