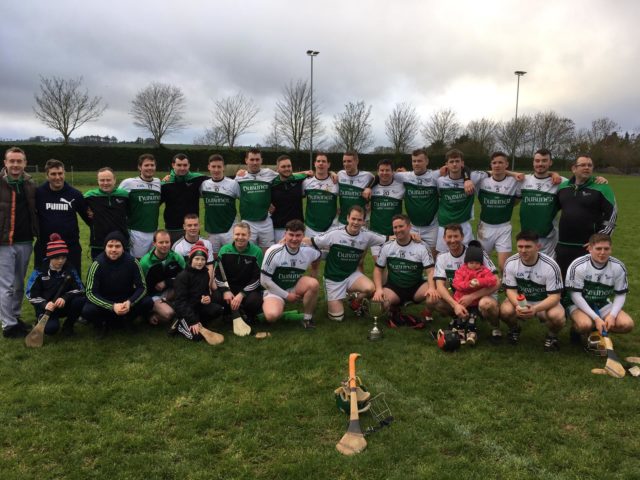 It took serious battle and grit in Park-Ratheniska today but First Spirits Ireland have won the Interfirms Leinster junior competition.

They began with a lead they never relinquished, thanks in no small part to the defence of the goals by Alan Holohan and Alan Kelly along with Ronan Broderick’s 100 percent accuracy on frees.

Tom Ryan got the Abbeyleix company out of the starting blocks after less than 60 seconds before Colin Murray converted the first of his frees for Westmeath side Mergon.

Midfielder Ronan Broderick made no mistakes on frees today, pointing his first after eight minutes. This was helped by points from James Jacob and full-forward MJ Lalor.

Maurice Gavigan and Murray contributed towards the Westmeath’s side’s tally before Martin Kirwan put his name on the board.

Holohan and the First Ireland’s full-back line did well under threats on goal and were helped with two shots hitting the post.

Lalor and Broderick launched their attacks for First Ireland’s while a Mergon free left two between the sides at half-time – 0-9 to 0-7.

Colin Murray opened the second half with an 65’ before Abbeyleix man Jamie Coffey won a tricky ball and sent it along to Lalor for First Ireland to hit the double digits.

Aaron Orme cut through the defence to halve First Ireland’s lead before Enda Fitzpatrick nailed a huge point from the wing.

Broderick never let up on frees and put six between the sides before Richard Crowley blasted the ball in the back of the First Ireland’s net to bring it back to three.

Great clearances from Alan Kelly kept his side ahead and the Abbeyleix company managed to hold out until the 64th minute to be crowned junior Leinster champions.

Indeed, all bar two of the panel are from Laois with just Alan Kelly (St Martin’s Muckalee Kilkenny) and Tom Ryan (Drom & Inch Tipperary) coming from counties outside. 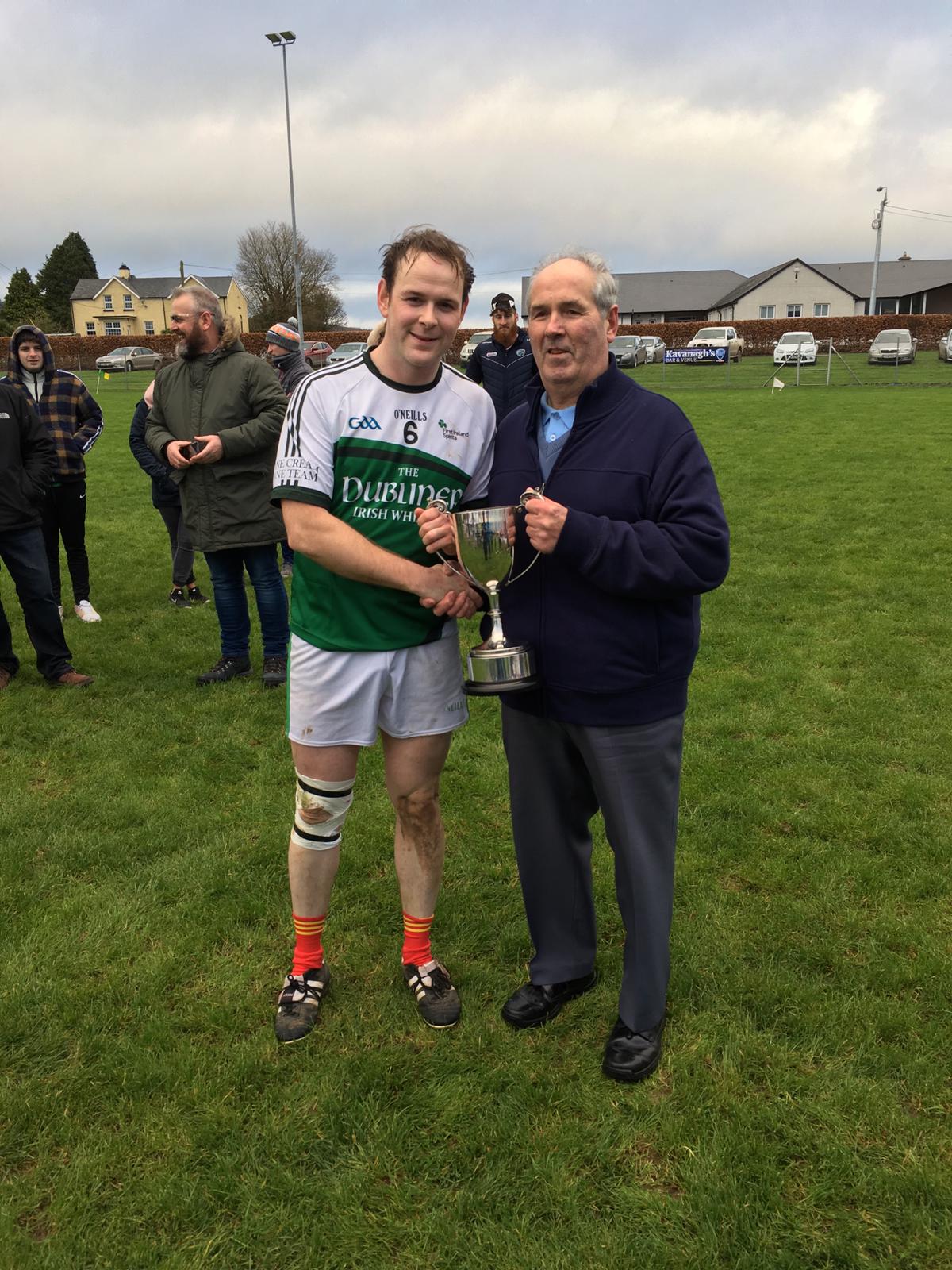