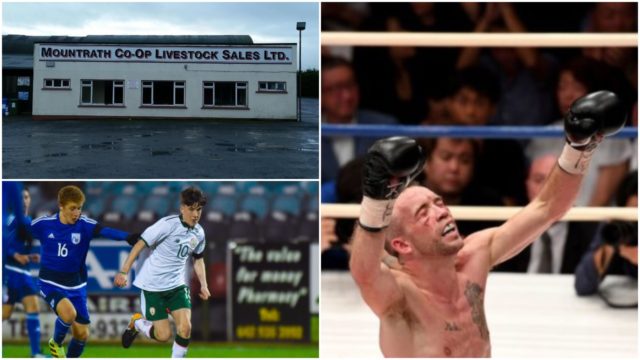 Its a big weekend for Panthers and to give a bit of insight, we did a Preview of the Panthers teams competing in this weekends Hula Hoops National Cup.

Laois soccer player named in Republic of Ireland U-16 squad for upcoming friendlies against Germany and Australia.

Kind Kellie-Ann donates 14 inches of hair to charity, what a beautiful gesture.

It was a fine week for The Gate House as they were the only Laois pub named in Sunday World ‘Top 10 Boozers’ for 2018.

There is all sorts of talent coming out of the county as Laois singer/songwriter announced as finalist in international songwriting competition.

We love a good personality representing us well so we’re very excited for a Well-known Laois man set to appear on First Dates Ireland.

He’s back. Doheny to take to the US to defend his world title.

Shock as Laois mart announces decision to close, the end of an era.

Nurses and midwives to strike for 24 hours at end of January, and they have plenty of support nationwide.