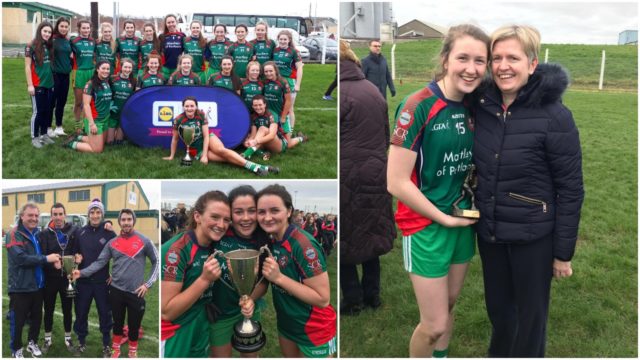 A first half hat-trick from corner forward Orla Hennessy did the trick for Scoil Chriost Ri as they claimed back-to-back Leinster titles in McCann Park this afternoon.

It was a remarkable individual display from the Timahoe woman who is still only in third year.

However, this was a complete team performance from Scoil Chriost Ri and something of a tactical masterclass from their management team.

They employed a two-player full forward line spread wide apart in the form of Amy Byrne and Hennessy which left the middle of the Moate defence wide open for the rampaging Emma Lalwor, Erone Fitzpatrick, Isabelle O’Toole, Jenny Murphy, Sarah Larkin and Alice Dunne to run through at will.

And while there were fine performances in attack, the foundation of the win was laid in defence where every single Scoil Chriost Ri defender won their individual battle.

The Laois school lost Julia Cahill before the game to a hamstring injury but Zoe Keegan stepped into her centre back role and played brilliantly – flanked on either side by powerful wing backs Lisa Keane and Ciara Byrne.

In the full back line, Rebecca Reddin, Sarah Fleming and Niamh Crowley came out with ball after the ball while keeper Aoife Conlon-Hyland was called upon four times to make saves and she obliged excellently.

Moate CS, who brought a huge and vocal crowd, began the game with a Tara Hughes point from a free in the opening minute.

Scoil Chriost Ri would go on to get three more goals in the first half but they could have had three more on top of that as they hit the crossbar three times.

Fitzpatrick set up Hennessy for her second goal at the midpoint of the half and then a wonderful team move involving Alice Dunne, Sarah Larkin, Emma Lawlor and Hennessy resulted in captain Erone Fitzpatrick drilling the ball into the corner of the net.

Hennessy added her first point of the game but Scoil Chriost Ri were knocked back after 23 minutes when Ailbhe Sheridan scored what would prove to be Moate’s only goal.

But Scoil Chriost Ri finished the half strongly thanks to an Emma Lawlor point before Hennessy completed her hat-trick with another tidy finish to make it 4-3 to 1-2 at half time.

Scoil Chriost Ri extended their advantage on the resumption of play as Emma Lawlor sent over two long range points before Lisa Keane and Ciara Byrne combined to set her up her their fifth goal of the game after 37 minutes.

The Laois school looked home and hosed at this stage but credit to Moate CS who refused to give up.

They scored six points on the spin to cut the gap to nine points with ten minutes to play.

However, Scoil Chriost Ri eventually lifted the pressure with an Isabella O’Toole point from the wing and although Ailbhe Sheridan responded, the Laois side had done enough.

They will now march on to the All-Ireland semi final in the coming weeks.

It is a really busy time for the school as their juniors will be involved in their Leinster final on Thursday where the likes of Sarah Larkin, Orla Hennessy, Ciara Byrne and Lisa Keane will be in action again.

Thanks to Roslyn Larkin for her help with the pictures which you can check out below: 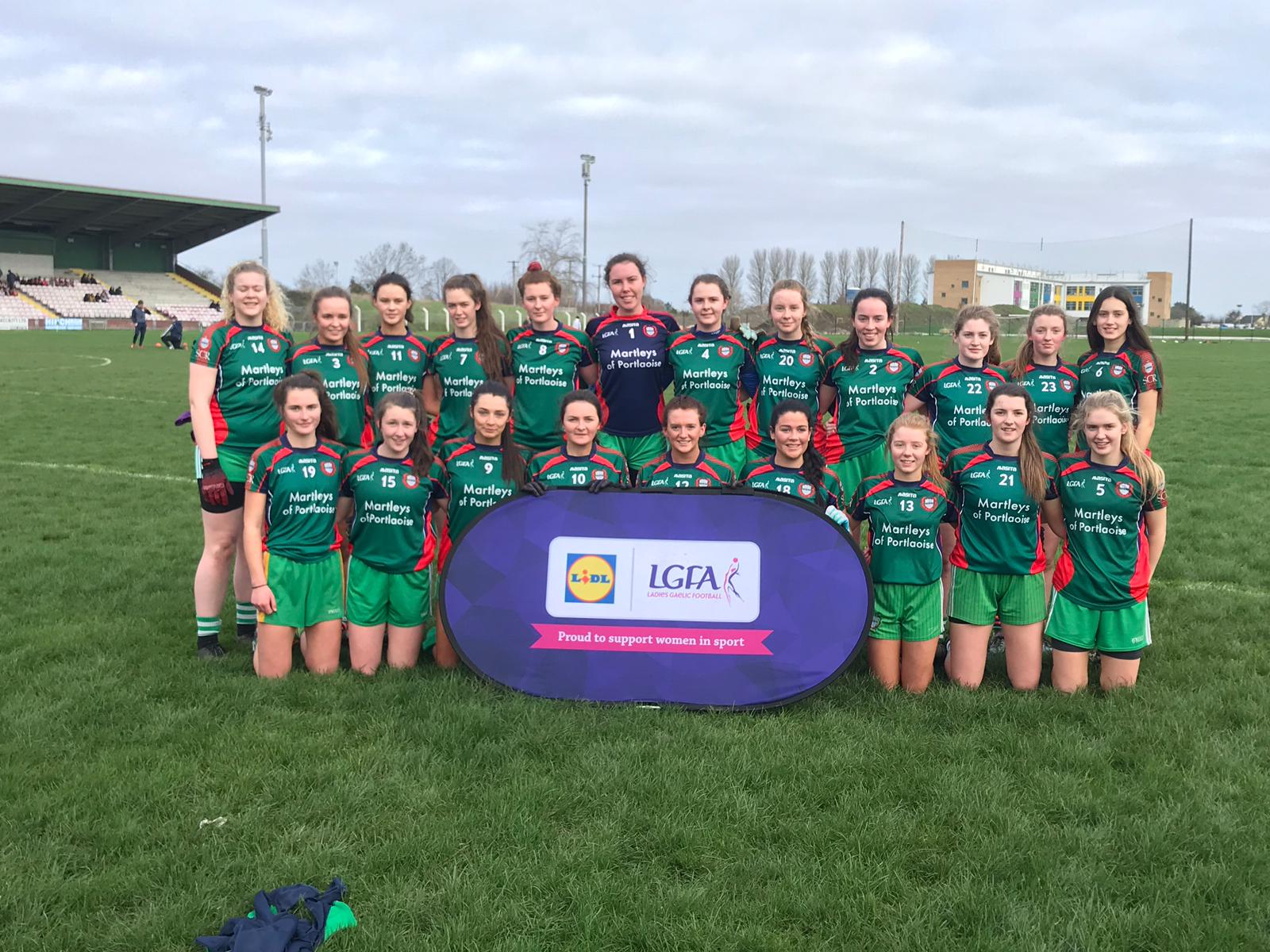 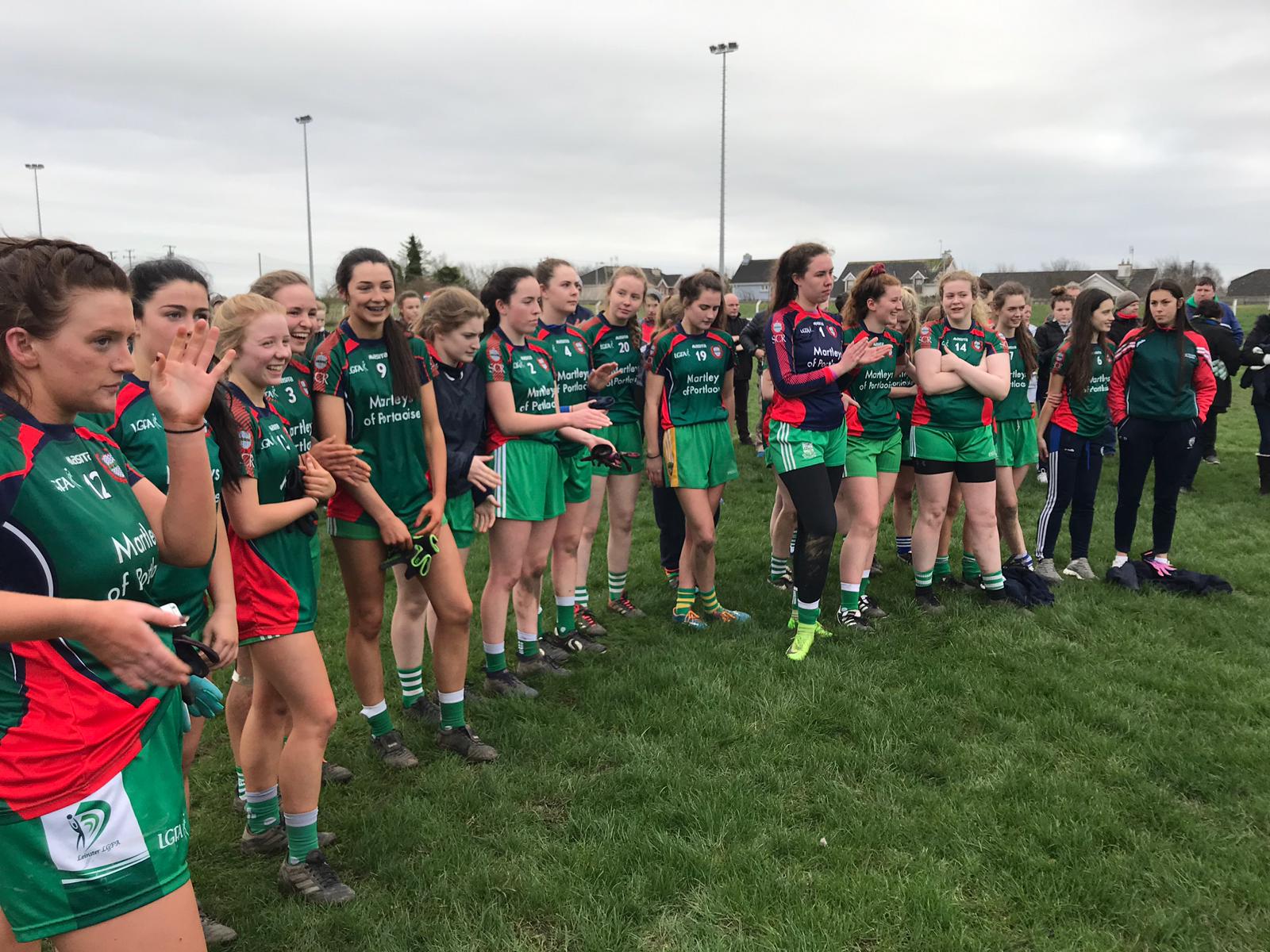 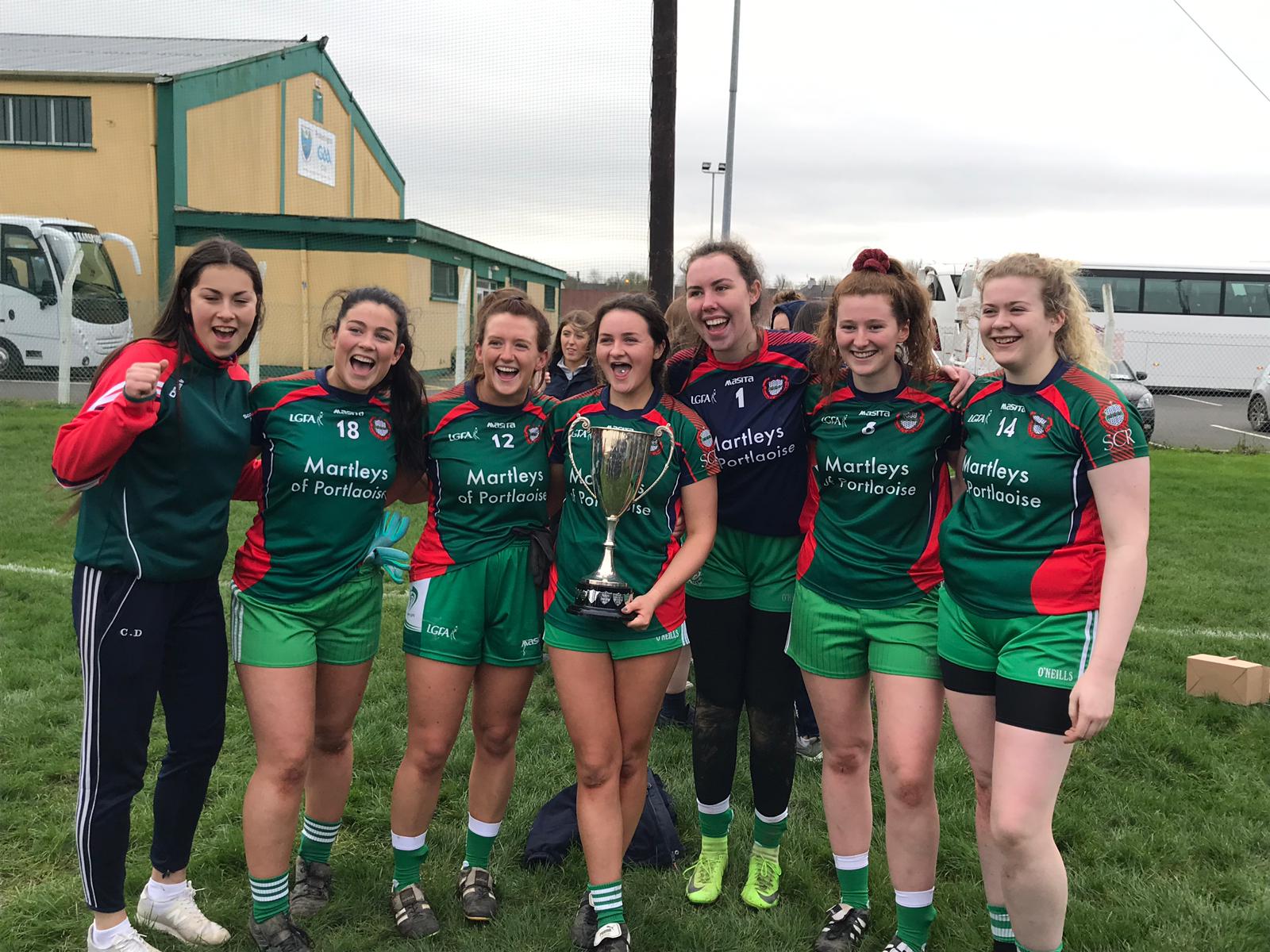 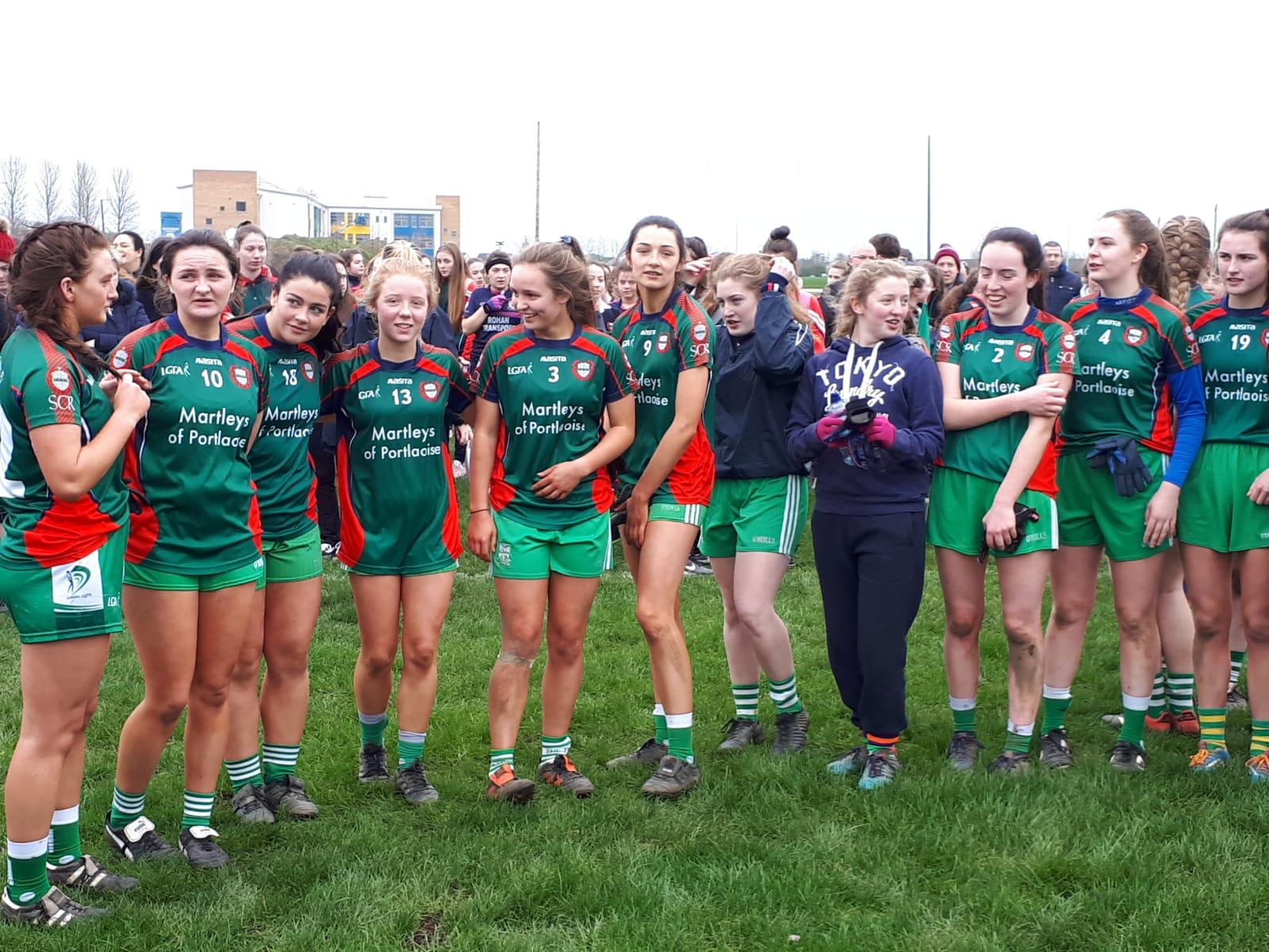 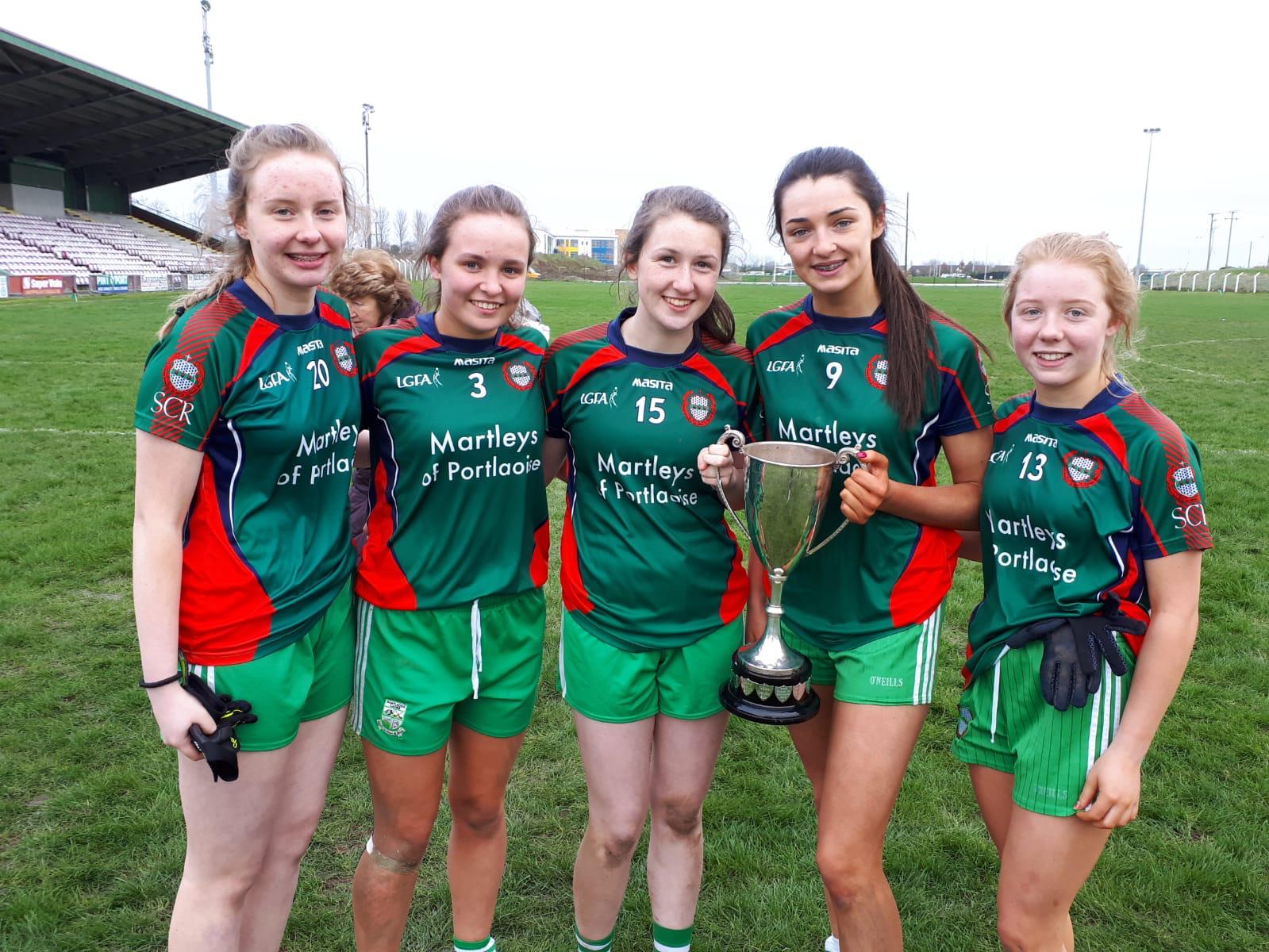