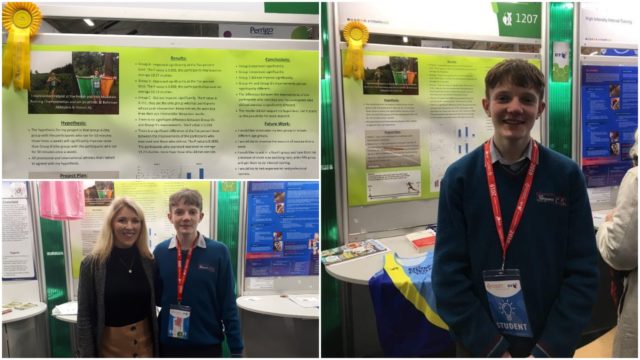 The BT Young Scientist competition concluded last week and a young man from The Swan was amongst the winners.

Evan Hogg, who is in third year, came third in the Individual Intermediate Biology category.

His project investigated whether it is more effective to do three ten minute runs a week or one thirty minute run a week over a prolonged period of time when it comes to improving fitness.

Speaking to LaoisToday, Evan explained how he came up with his project.

He said: “I was reading articles on how poor Irish people’s fitness levels are and how high obesity rates are among Irish citizens in the recent years. I decided to do my project based on sport.

“I am a member of Ballyroan Abbeyleix & District AC. I represented Ireland’s last September at the British and Irish Mountain Running Championships. I decided to do my project on running training.

“My projects title is ‘Less is better’. My project investigated whether it is more effective to do three ten minute runs a week or one thirty minute run a week over a prolonged period of time when it comes to improving fitness – Which is better, less frequent but higher time per run or less time per run but less frequent.

“I hoped to not only find an answer to my question but to also improve the physical and mental well-being of all my participants. I emailed Dr. Michelle Downes, an assistant professor at UCD, and she said, ‘… exercise certainly does have a wonderful impact on brain functions in terms of cognitive and emotional factors’.

“I had 76 participants in my experiment, they were all from second year. I got all my participants to undergo a post-intervention bleep test (the bleep test is an internationally recognised fitness test). I then split my participants into three groups. Group A ran for ten minutes three times a week, Group B ran for thirty minutes once a week and Group C did no training because they were the control group.

“They did this training for six weeks. The participants recorded their runs on allocated runs and on an app called Strava. After the six weeks of training I got all the participants to undergo a post-intervention bleep test.

“I inputed the results from the bleep tests into several Microsoft excel sheets. I tested the participants improvements for significant difference using a paired T-Test and a Two-Sample T-Test Assuming Unequal Variance. I finalized all results and made scatter plots and bar charts.

“In conclusion doing three ten minute runs a week and doing one thirty minute run a week are both equally effective for improving fitness.

“I believe my experiment is new and original and is the first time where continuous short runs have been compared to long runs where the training time a week is equivalent.

“I hope that through my project I can spread the message to people that one substantial run a week or little runs frequently are both equally effective at improving fitness and that every little bit of exercise you do adds up.

Fair play Evan. Check out his reaction below: 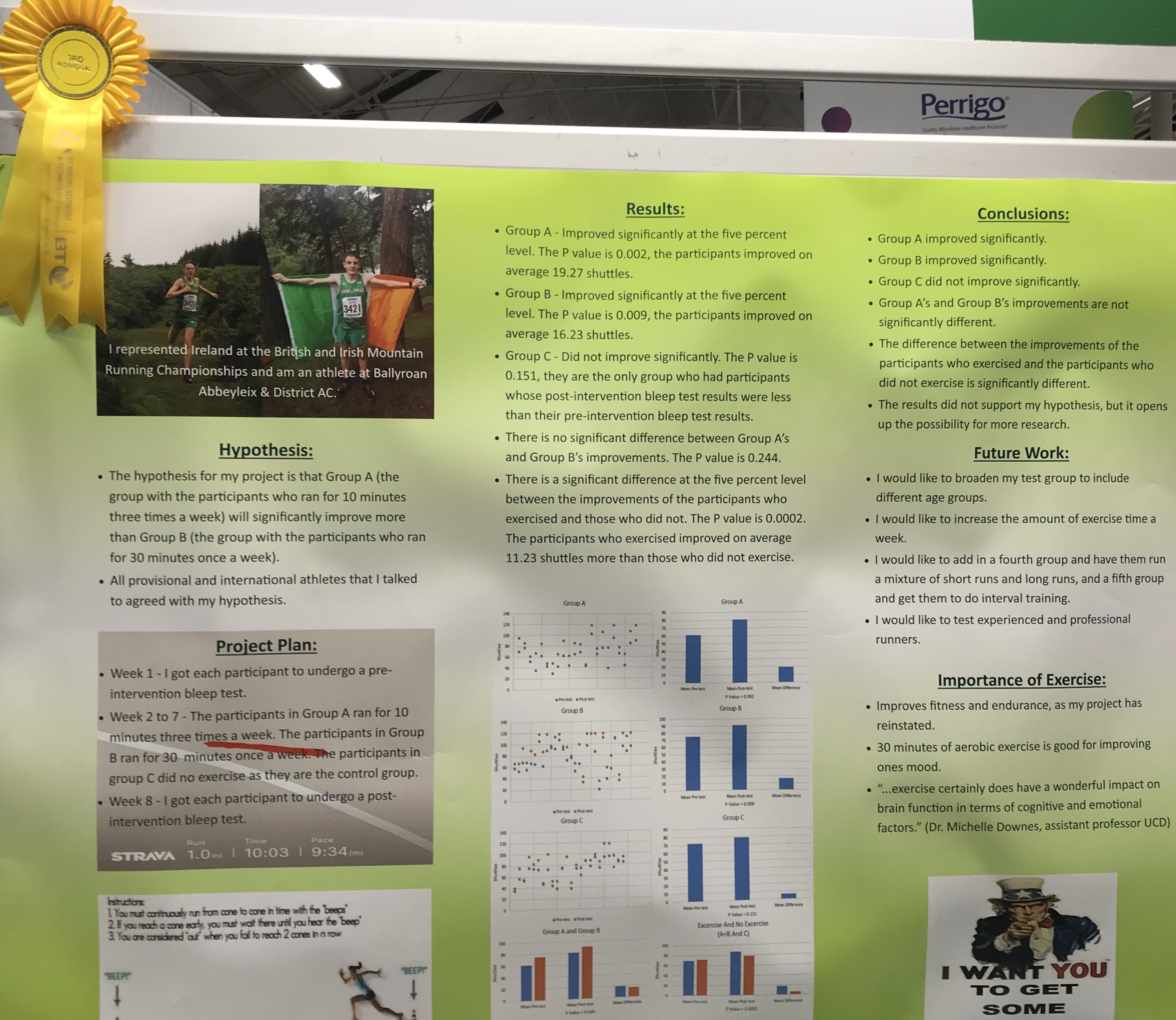 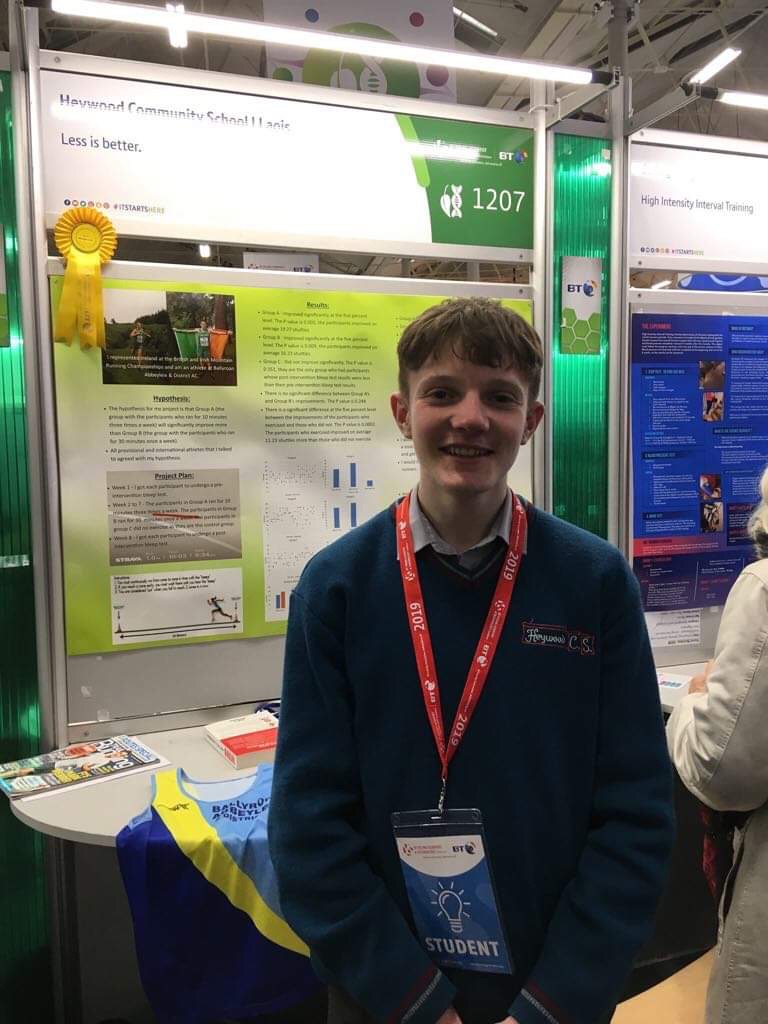 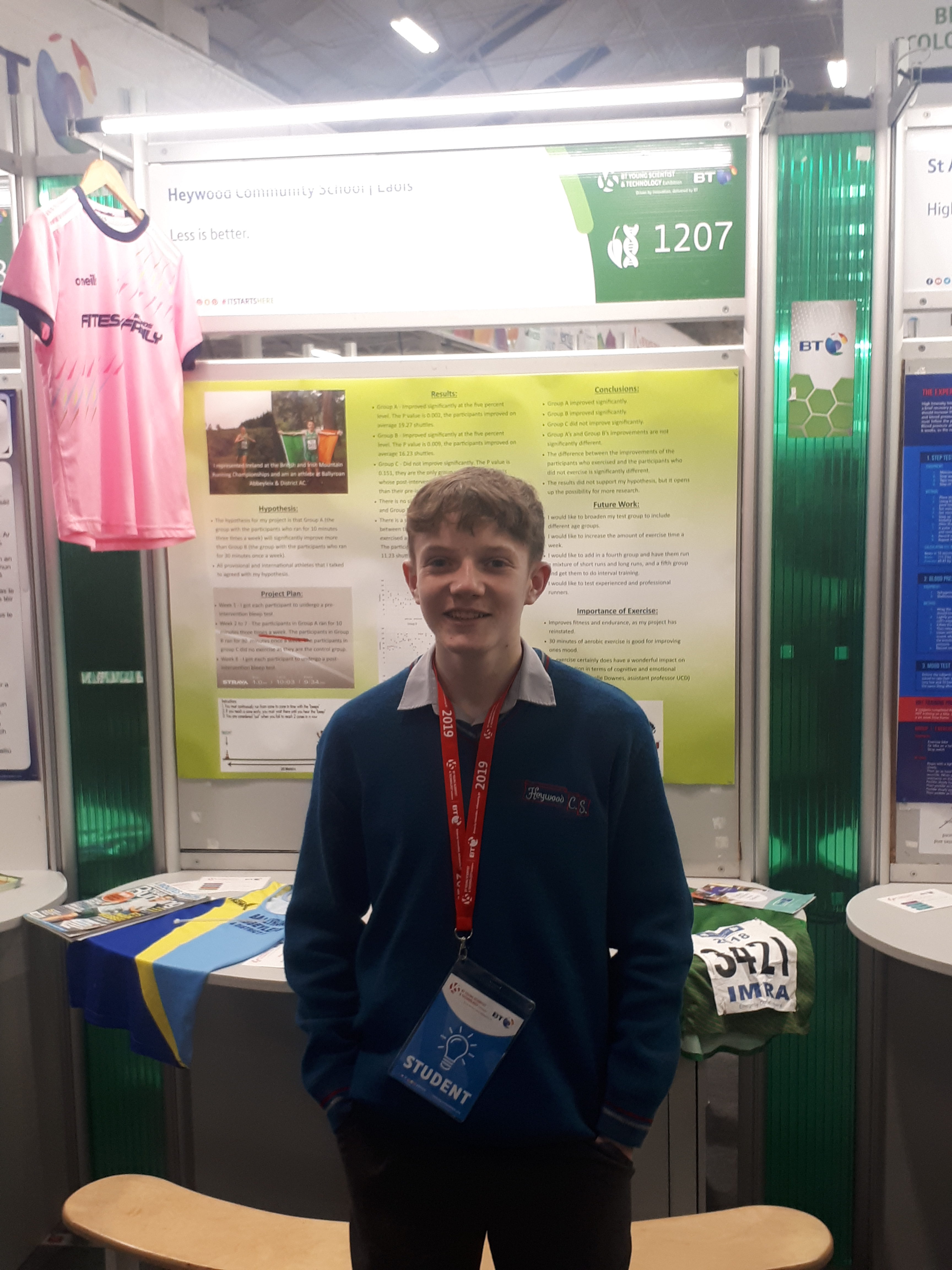 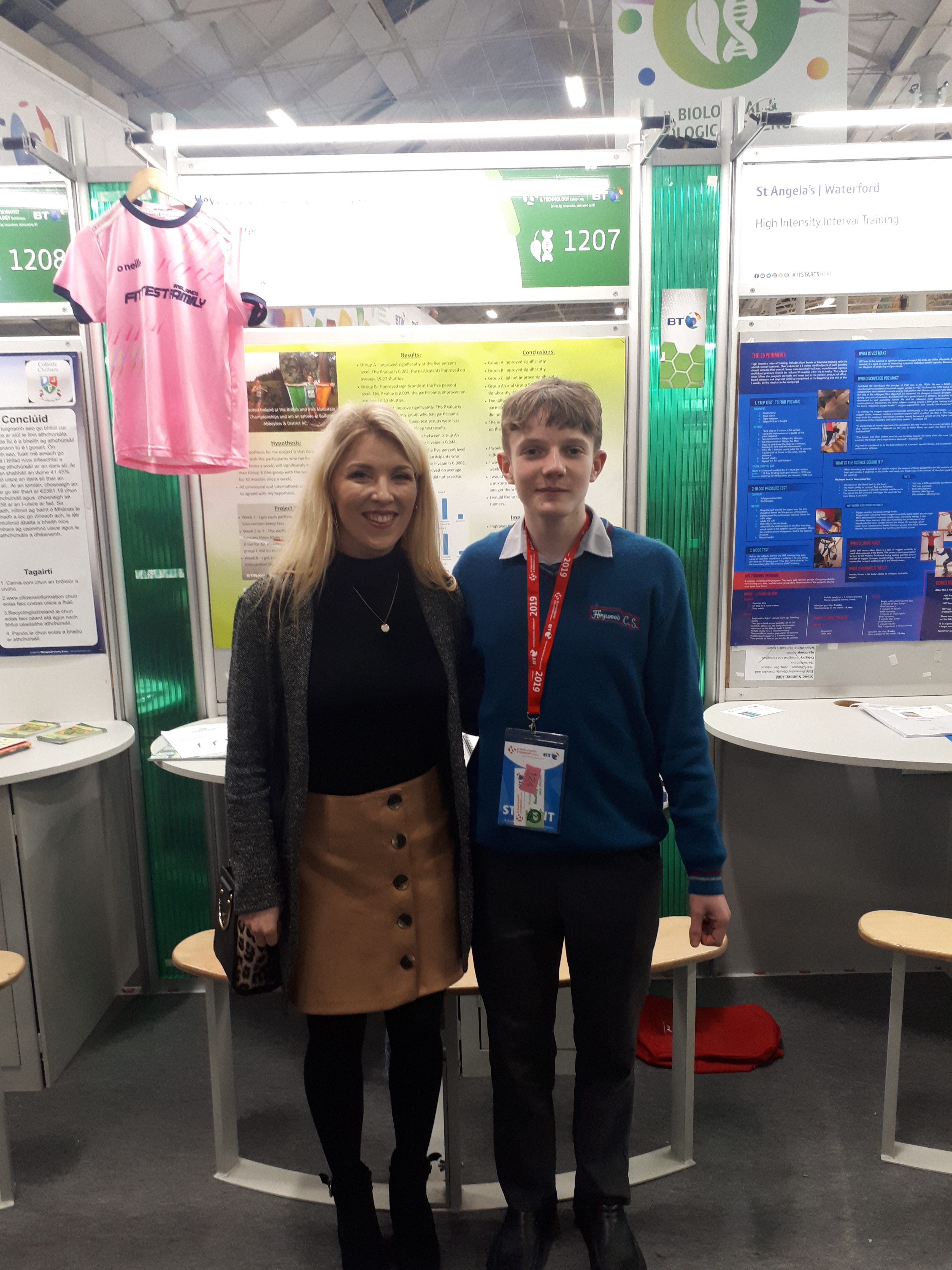