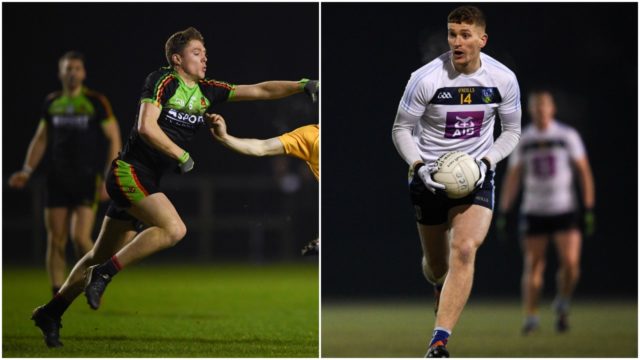 There were mixed fortunes for the Laois lads who were involved in all four of the Round 3 games in the Sigerson Cup today.

Evan O’Carroll’s UCD march on to the quarter finals after they trashed a DIT side who have Laois U-20 manager Billy O’Loughlin as part of their backroom team.

The Laois full forward, who was in excellent form against Down at the weekend, continued in that vein as he scored 1-3 of UCD’s 1-7 in the first half – which ended with them 1-7 to 0-3 in front.

And they powered home from there as they won by 3-14 to 0-6 in the end to set up a clash with DCU in the last eight.

Meanwhile, Eoin Buggie, Richie Hithcock and Diarmuid Whelan all started for IT Carlow in their impressive victory over Frank Flanagan’s University of Limerick.

Ballyroan-Abbey forward Whelan kicked two points for the side managed by Portlaoise Pat Critchley but with a quarter of the game to go, they trailed by a point.

However, up stepped centre back Eoin Buggie who smashed over the equalising point from outside the 45, his second of the night, and that kick-started the comeback for IT Carlow who went on to win by 0-12 to 0-9 in the end.

Earlier in the day, Shane Nerney’s Garda College went down 0-11 to 0-9 to NUIG while Jake Foster’s IT Tralee lost out to St Mary’s.

The quarter final line up is as follows:

SEE ALSO – In Pictures: Stradbally primary school pulls out all the stops for annual Grandparents day