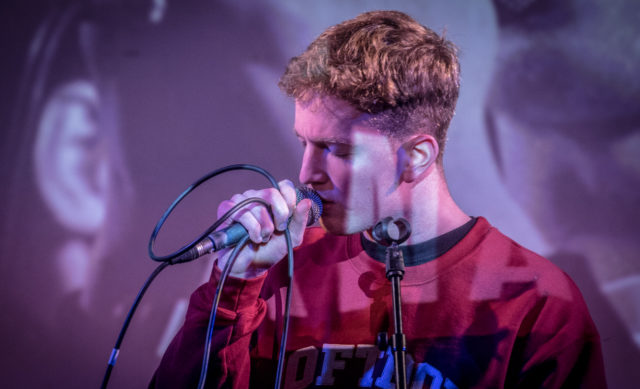 Portlaoise man Kean Kavanagh has been crushing it in the Irish music scene and even further afield for the last number of years.

His hard work and talent is paying off, and Kean is likely to feature alongside Kojaque in RTE’s ‘Other Voices’ as the 17th series of the show airs tonight.

Kean is a co-founder of Soft Boy records, as well as being a songwriter and producer. Kean featured on Kojaque’s song ‘Eviction Notice’ and the two performed the song in St James’s Church in Dingle, which is likely be televised on Other Voices.

Kean will also be performing at the RTÉ Choice Music awards, joinging the Dublin rapper live on stage. Kojaque’s Deli Daydreams album is nominated for Album of the Year.

The Kean Kavanagh band is supporting Kojaque this Saturday night in a sold out gig in the place to be for any Irish artist, Whelan’s of Dublin.

Not stopping there, the two are also travelling to Austin, Texas in March to perform at the South by Southwest SXSW festival.

The Kean Kavanagh band is also supporting Maverick Sabre in Dublin and Cork in late March.

You can listen to Kean Kavanagh on Spotify here.

Other Voices returns to RTÉ 2 today, Thursday February 21, with a host of performances and interviews recorded in Dingle, Ballina, Electric Picnic and the Orchard Sessions at Intel.

Other Voices first aired in 2003 as a showcase for intimate musical performances, including performances from Amy Winehouse, The National, Damien Rice, Glen Hansard, The xx, and Hozier.