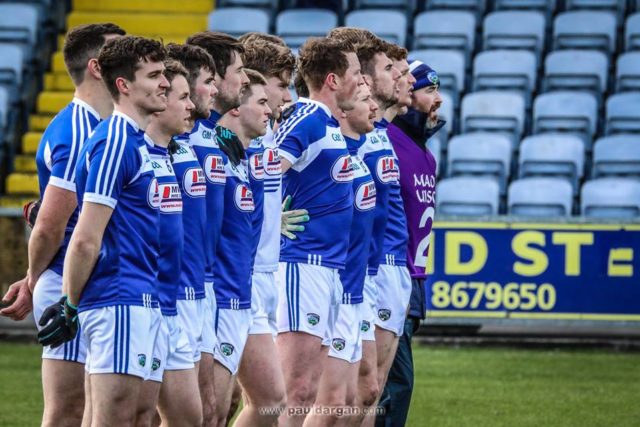 Ger Egan kicked nine points for Westmeath as a mis-firing Laois suffered their second defeat of the season.

After a promising start which yielded six points in 15 minutes, Laois would only manage four more in the remainder of the game.

Westmeath defended very well but Laois were guilty of squandering possession far too often when in the attacking zone.

Laois started the game brilliantly and dominated the opening quarter.

Conor Boyle got them underway in the first minute and points soon followed from Evan O’Carroll and Paul Cahillane.

Westmeath were struggling to win their own kick-out in the first half and when Kevin Meaney won another after seven minutes, the ball eventually came to Cahillane who notched his second.

Westmeath finally opened their account through John Heslin and that seemed to settle them as Ger Egan added a free.

Damien O’Connor and Evan O’Carroll pushed Laois four clear after 15 minutes but they would not score again for 18 minutes.

Westmeath cut the gap to one in that period with three Ger Egan frees but Laois brought the half to a close with a Paul Cahillane free to leave them 0-7 to 0-5 ahead at the break.

Kieran Martin cut the deficit to one on the resumption of play before Laois almost had a goal.

Evan O’Carroll got in on goal but Westmeath full back Ronan Wallace blocked the ball out for a 45. O’Carroll converted it but Ger Egan hit straight back.

And when the same player converted a free, the sides were level for the first time after 43 minutes.

Westmeath then took the lead for the first time three minutes from another Egan free.

O’Carroll leveled things up with a free but Egan put Westmeath back ahead as we entered the final quarter.

Laois really weren’t functioning in attack and another Egan free put two between them with ten to play.

Midfielder Sam Duncan put three between and Laois looked like they needed a goal to get anything from the game.

Luke Loughlin and Donie Kingston exchanged points before Westmeath had the chance to win the game after 67 minutes but Graham Brody made a stunning save to thwart Ronan O’Toole.

Neither side would score again as Westmeath prevailed.